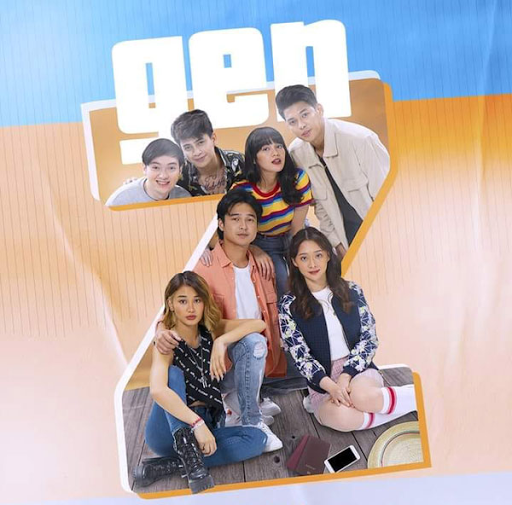 “Gen Z”, the youth-oriented program that aired on TV5 every Sunday at 8 p.m., was such a groundbreaking show of its format because it dealt with matters, issues and events of the youth of today that normally do not get shown on a more frequent and daily basis in primetime television. And “Gen Z” successfully broke the barrier in that regard as it is not your typical program of its kind because it aimed more, pushed the template even further, and made viewers realize: “Hey, a show like this can exist!”

“Gen Z” was the brainchild of Roselle Monteverde of Regal Entertainment, Inc. Monteverde had a vision. She pursued it. She made it happen. Indeed, for a show to become great, it needs someone who is great as well to steer the project to fruition.

I wrote a previous article about “Gen Z” entitled: “Gen Z – What a groundbreaking generational TV series” which was posted here on March 9, 2021. Please read that article for future reference on “Gen Z.”

For me, coming as I am from the previous generation, I could not be happier that the youth of now had a gutsy, grounded and realistic primetime television show like “Gen Z” to let everyone know that they have a voice and they are going to be heard. I believe “Gen Z” stayed true to its mission of centering the show about the young adults portrayed here and it did not falter on that throughout its entire series run. True character development, growth and progression could be gleaned in each succeeding episode of “Gen Z.” The onscreen characters’ respective stories were told throughout its series run.

Indeed, the show was focused on them, it was all about them, and they made sure to grab your attention each time with the powerful acting of some of the best young actors and actresses who are the main cast of “Gen Z” and to all of them I had asked the same set of three questions.

Below are the answers to my questions to Jane Oineza, Jerome Ponce, Melizza Jimenez, Kent Gonzales, Chie Filomeno and Ricci Rivero who are the main cast of “Gen Z.”

What lessons do you hope the youth learned from watching “Gen Z”?

JANE OINEZA: Maraming stereotype sa mga generations, kung pano at sino tayo dapat based on what year we were born. Pero that shouldn’t stop us from letting our voices be heard and reaching for our dreams. 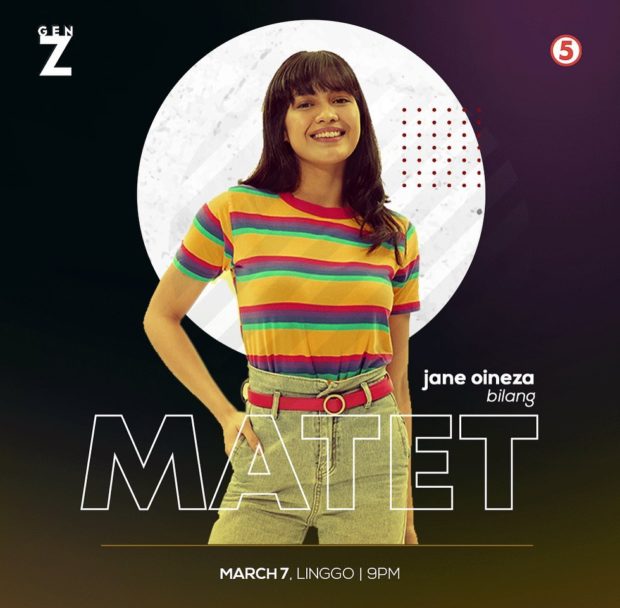 JEROME PONCE: That they won’t rush things and not just stick to one goal or dream… But also explore other things that could be a possible goal or dream, too. 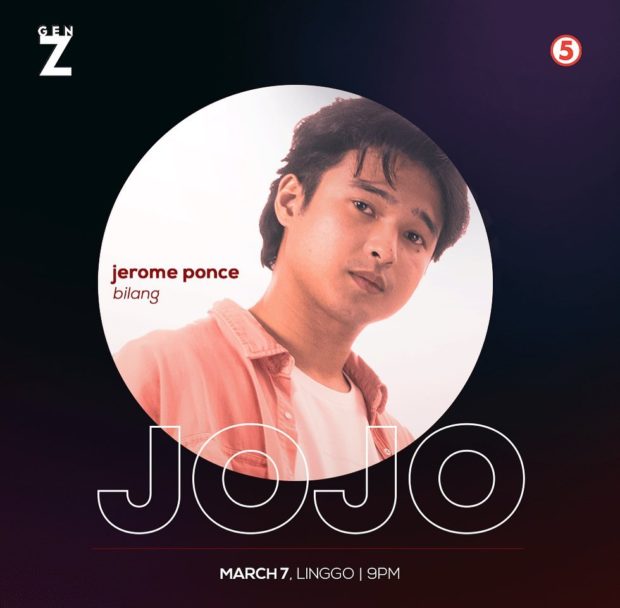 MELIZZA JIMENEZ: There is more than meets the eye. Everyone goes through something and it’s important that we as a collective be there for one another most especially our loved ones. Also, I hope they came to realize that they are not alone in their battles. 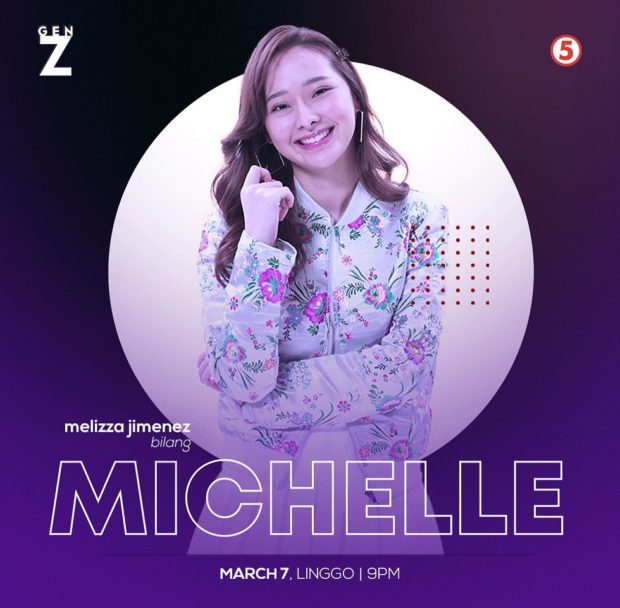 KENT GONZALES: Hopefully, they learned every lesson there is. There are lots of misconceptions these days that people aren’t ready to talk about. Good thing our show “Gen Z” happened which I think IS the best way to inform people about the truth and misunderstandings. 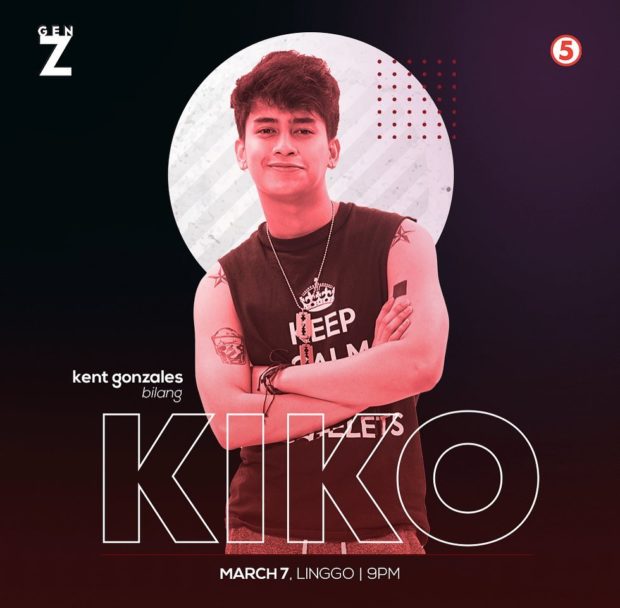 CHIE FILOMENO: Lessons I learned from “Gen Z” are a lot but my biggest takeaway was it’s okay to ask for help; don’t venture into this world alone and lonely. There will always be someone who will be there for you. 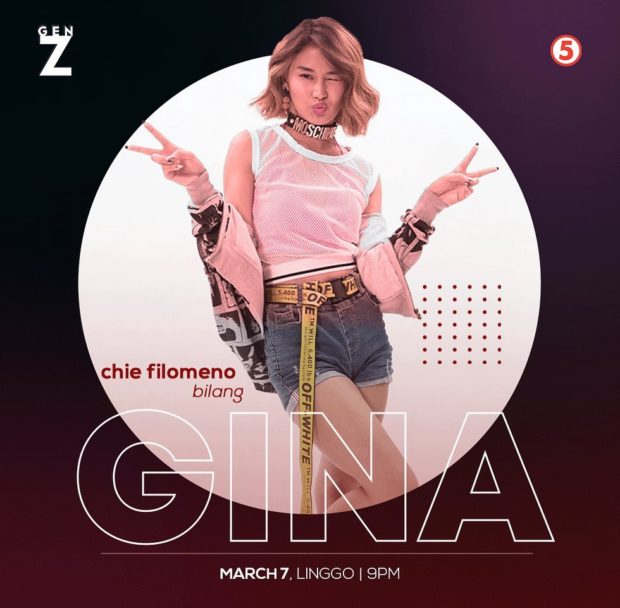 RICCI RIVERO: Don’t judge anyone especially if you barely/don’t know them because we all go through something and we handle things differently that’s why we don’t know how heavy their problems are to them. 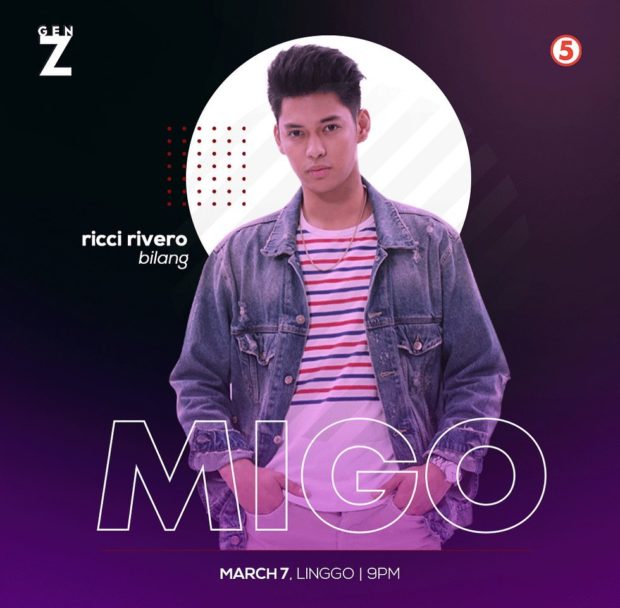 JEROME PONCE: The characters are all relatable. In my character, it’s like dreaming is free, and reaching it is not impossible and the world does not revolve sa isang bagay so enjoy life.

MELIZZA JIMENEZ: It was definitely a challenge playing Michelle. She is such a complex character because she tries to hide her deep sadness with a smile. What I loved the most is being able to represent such an important topic for this generation. Mental health is significant for our generation. She definitely made me release all the sadness I had in my heart. It was very therapeutic I guess you could say.

KENT GONZALES: Portraying my character (Kiko) was really challenging for me. Mainly because I am nowhere near Kiko’s personality but it was really interesting being in someone else’s shoes for a moment. Makes you learn stuff. What I really liked about Kiko was his spontaneity. It felt like he knew how to deal with everything but in a crazy manner, though.

RICCI RIVERO: He may be the character that everyone hates but you have to understand that he didn’t have someone to really guide him with what he’s doing. So portraying a gray character isn’t that bad. The challenge made me like my character.

How do you think the show resonated with viewers in your age group? What lasting impact do you hope this show leaves with the viewers?

JEROME PONCE: For me nakarelate sila thru the problems tackled by the show like having a broken family, social media virals, unwanted pregnancy, and more.

MELIZZA JIMENEZ: It shows there is more to Gen Z than cellphones and technology. There has been a misconception that our generation has it easy, but it’s definitely been harder mentally. Do you know how they say the more you know, the sadder you get? The internet has brought an abundance of knowledge we as humans (I believe) weren’t built to process. There is no denying that with social media comes more opportunities for us to pressure ourselves as it is all highlights in social media. I hope the viewers know that we have to be careful with our actions as they may lead to harming other people. I hope they choose kindness and love all the time.

KENT GONZALES: I hope this show opened the minds of not only the Gen Zs but also all the other generations. At the end of the day what matters is that we all understand each other.

CHIE FILOMENO: This show gave us a better understanding of the world of Gen Z and how people around them react. The lasting impact I hope that our show leaves are that you should keep it real. In keeping things real and being authentic, you’ll be able to accept yourself and everything will follow.

RICCI RIVERO: I hope people didn’t just watch to see faces but to really understand the story and where every character’s coming from. We all have something good in us at some point. It’s just that viewers should really understand how and why we reacted the way we did. Be strong enough to fight every problem and not dwell on it because that may lead to a bigger problem in the future.