Actress Chynna Ortaleza stressed the value of TV programs such as the informative 1990s show “5 and Up” which she was a part of.

“I wish for children to have this kind of program today,” she said in her Instagram post last Friday, Aug. 30. It was accompanied by a throwback photo of her with fellow cast members of the production.

“5 and Up” featured kid reporters discussing different topics every week. Ortaleza was one of the program’s hosts alongside other celebrities such as Atom Araullo, Maxene Magalona and Rayver Cruz. It aired its first episode in 1992 and ended in 2002.

Ortaleza described the program as “amazing” and stated that she is proud whenever people would come up to her to tell her they learned from it.

“Children deserve this kind of program!” she expressed. “My kids NEED this.”

She and musician husband Kean Cipriano have a daughter named Stellar, who they welcomed in 2016. They are currently pregnant with a second child.

The actress cited how grateful she is for the production, saying, “I don’t think I’ll be the same Chynna without this blessing in my life.”

Araullo also waxed sentimental, pointing out one of the parts of the show — the “Iconic LPG tanks of Matipid Street.” 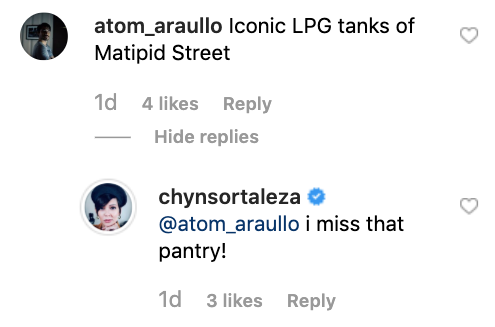 Ortaleza’s post prompted a netizen, one @khriskringle_, to ask about Magalona, who was not included in the photo.

Magalona chimed in and clarified that she was not yet a part of the show when the picture was taken.

Ortaleza responded to Magalona’s comment, recalling Magalona as her “baby” on the show. 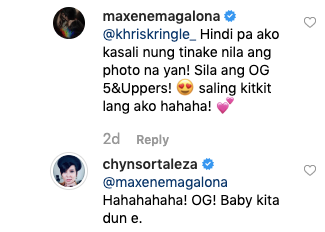