Jodie Foster to be guest of honor at Cannes 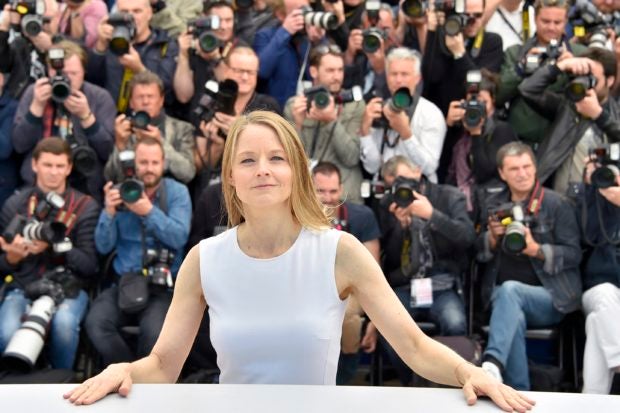 In this file photo taken on May 12, 2016, U.S. director and actress Jodie Foster poses during a photocall for the film “Money Monster” at the 69th Cannes Film Festival in Cannes, southern France. Image: AFP/Loic Venance

United States actor-director Jodie Foster will be guest of honor at the Cannes Film Festival in July where she will be given an honorary Palme d’Or, the organizers said Wednesday.

“Cannes is a festival to which I owe so much, it has completely changed my life,” said Foster in the statement.

The two-time Oscar winner first walked the red carpet on the Cote d’Azur aged just 13 when she appeared in the Palme-winning “Taxi Driver” in 1976.

Seven of her films have played at the festival, including two that she directed: “The Beaver” in 2011 and “Money Monster” in 2016.

“Although I had directed before, my first time on the Croisette was a defining moment for me,” she said. “Showcasing one of my films here has always been a dream… Cannes is a festival by auteur filmmakers who honor artists.”

Festival president Pierre Lescure said, “Her aura is unparalleled: she embodies modernity, the radiant intelligence of independence and the need for freedom.”

Past winners of the honorary Palme include Bernardo Bertolucci, Jean-Paul Belmondo, Agnes Varda and Jane Fonda.

This year’s festival has been postponed from its usual slot in May to July 6 to 17, and its jury is headed by U.S. director Spike Lee.

Foster reluctantly turned down the jury presidency herself in 2001 because she was shooting a thriller with David Fincher, “Panic Room.”

“I am flattered that Cannes thought of me and I am very honored to be able to share a few words of wisdom or tell an adventure or two with a new generation of filmmakers,” she said in the statement.

Foster, a French-speaker and Francophile, has appeared in several films in the birthplace of cinema, including Claude Chabrol’s “Le sang des autres” in 1984 and Jean-Pierre Jeunet’s 2004 film “Un long dimanche de fiancailles.”

She is best known internationally for her Oscar-winning turn as Clarice Starling in 1991’s “Silence of the Lambs.”

The festival is due to announce its official selection for the competition on Thursday. JB