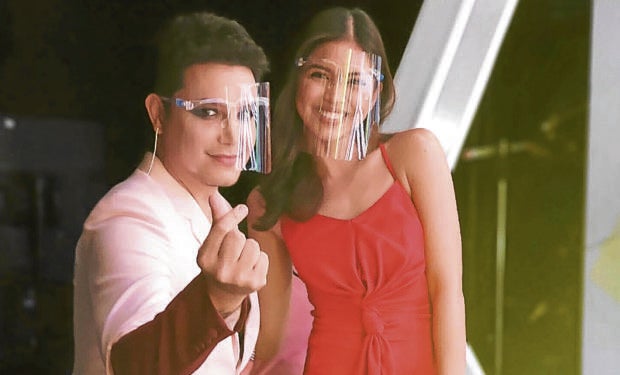 Maine Mendoza may already have five years of hosting experience, but stage jitters, she confessed, is something she still has to cope with on a daily basis.

“I tend to get nervous about whatever it is I have to do. Every time I do ‘Eat Bulaga,’ the nerves are still there. It’s as if I’m about to do it for the first time,” she said in a recent virtual conference for “PoPinoy,” an upcoming talent search that she will host on TV5.

But at the end of the day, work is work, Maine stressed, so she has to compose herself, and do what needs to be done to the best of her abilities. “You just have to do it; you have to get by … You don’t want to embarrass yourself by saying or doing something wrong. You have to calm yourself down, because you have to face an audience and give your best,” she said.

And though the nerves don’t entirely go away, one can learn how to better manage and power through them through practice and repetition. “It’s the same struggle the next day, but it’s normal … What’s important is that you control your emotions; you don’t let your emotions control you,” she said.

It also doesn’t hurt having cohosts who are supportive and perceptive. “How you feel onstage can also depend a lot on who you’re working with. If they can make the setting feel comfortable, that can help you bring out your natural self and do your job better. I tend to draw energy from the people I work with,” she said.

Luckily for Maine, she will share hosting duties with another “Eat Bulaga!” mainstay Paolo Ballesteros. 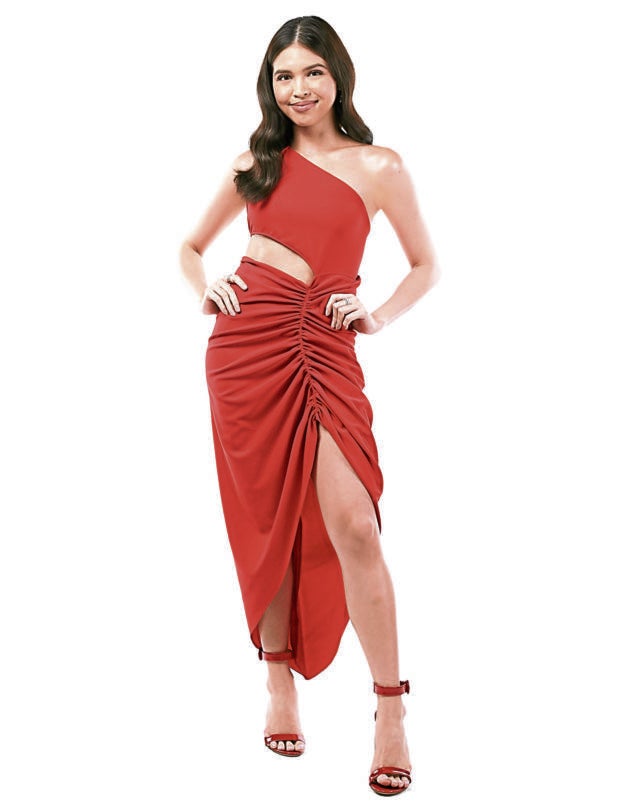 “I’m happy that, of all possible hosts out there, we were the ones chosen and offered this project. I’m grateful for the trust given to me. This is also exciting because this is a new environment for me,” she said of working on a TV5 show for the first time.

While she mostly appears on GMA 7 shows, Maine is not an exclusive talent of the network. She’s signed with Triple A, the talent management arm of APT Entertainment. “There’s a bit of pressure on Paolo and I. We need to step things up because, unlike in ‘Bulaga’ where there are many hosts, it’s going to be just the two of us,” she pointed out.

People can expect a more subdued hosting style from Maine on “PoPinoy.” “It’s something different and less casual than ‘Bulaga!’ where we can just tumble or do splits anytime,” she quipped. “ It’s a little more on the formal side. But I think there are still other sides to us that people don’t get to see in ‘Bulaga!’ We want to explore those.”

But “subdued” doesn’t necessarily mean “stiff.” “One thing my ‘Bulaga’ mentors always tell me is that I shouldn’t be afraid to play with the way I attack my hosting. The best moments come from candid and spontaneous moments. So I won’t hold back when it comes to expressing myself,” she said.

Produced by TV5 blocktimer Cignal TV in collaboration with Archangel Media and telecommunication brand TnT, “PoPinoy” hopes to discover Filipino boy bands or girl groups, who will undergo rigid selection and training before they set foot onstage and show off their wares in the grand finals.

The panel of judges and mentors—dubbed as “headhunters”—is composed of actress-performer Maja Salvador, viral sensation DJ Loonyo, R&B artist Jay-R and theater actress Kayla Rivera. The talent competition airs on Sundays at 8 p.m., beginning with the primer episode on June 6 and the grand launch on June 13.

There will also be supporting content, like “PoPinoy All Access,” a streaming show that will air weekdays on TnT and the show’s social media platforms. It will feature exclusive, behind-the-scenes happenings.

Another thing Maine loves about her role is that she gets to interact with the aspirants and know them better. “We had the chance to know their journeys and you can really see that they love what they do. They do their best just to be here. And I wish I were the same way before, because I used to be shy,” she related.

“It’s nice to see their perseverance and passion for their craft, and their willingness to sacrifice to reach the top. Sometimes, there’s a lot we want to achieve in life, but we just need that extra push. But it’s amazing that they already seem to have that,” she related. “It’s exciting to see so many talents like them and we need more shows [to give them the platform].”

If she were to impart some advice to the “PoPinoy” contestants, Maine said she would tell them to be themselves. “Don’t be afraid to show who you are and what you can do. Itodo na nila sa stage because this is a good opportunity,” she said, adding that building self-awareness is also crucial to growth.

“You have to know your strengths and weaknesses, so you know what to improve on. And of course, you have to be a team player. Be creative and think outside of the box, so you can always give something new onstage,” she said. INQ