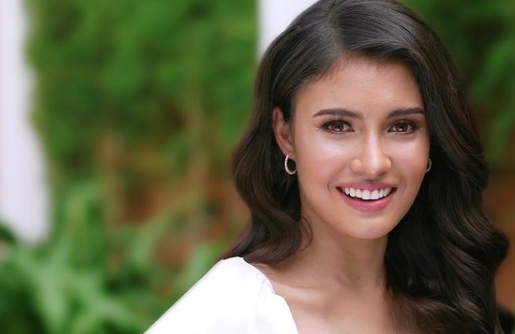 Miss Universe Philippines Rabiya Mateo confessed that she needs to have a conversation with her non-showbiz boyfriend Neil Salvacion, amid speculations that they have broken up.

Mateo and Salvacion have been together for six years and he is said to be Mateo’s first boyfriend. But fans started speculating that they have split after he recently deleted photos with her from his Instagram page.

“It’s a complicated situation and we need to talk about things when I go back to the Philippines,” Mateo said during an interview with TV host Boy Abunda on his YouTube channel yesterday, May 30.

“I still try to contact him but we need to have this space together as of the moment,” she added, stressing that she is friends with Salvacion.

The interview between Abunda and Mateo comes after the beauty queen and “Pinoy Big Brother” alum Andre Brouillette were spotted having lunch in Beverly Hills, California, which sparked dating rumors.

When asked to clarify the rumored romance, Mateo admitted that she felt embarrassed about the situation with Brouillette.

“Tito Boy, nahihiya ako kay Andre (I was ashamed for Andre). It’s because ‘yung photos na kumalat (the photos that circulated), that was the third time that I was able to talk to him,” she said. “The first one was before my send-off to Miss Universe, the second was during the competition and that was the third time.”

The Ilongga beauty has since denied claims linking her and Brouillette, stating that she was “not available.” Brouillette meanwhile noted that he is “great friends” with Mateo and that he has “utmost respect for her.”

Mateo and Brouillette are both working under Empire Artist Management headed by Jonas Gaffud, who is also the creative director of the Miss Universe Philippines Organization. JB