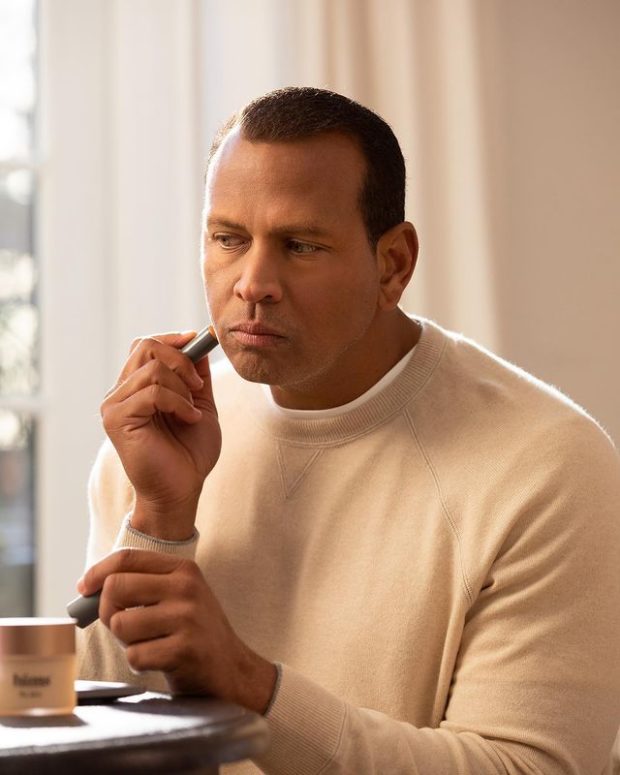 Concealers, foundations and other skin correctors are no longer the exclusive domain of women. Just like skincare, makeup has been making its way into men’s routines for a few years now. While increased discourse around issues of inclusivity has accelerated a trend that is taking root in the cosmetics industry, many brands anticipated it years earlier.

Back in 2018 Chanel launched “Boy de Chanel,” a line of makeup for men that now consists of nail color, an eyebrow pencil, a lip balm, a concealer, and a tinted fluid.

Three years later, it’s former American baseball player Alex Rodriguez who’s riding the wave of this growing market, which concerns more and more consumers. The sportsman has teamed up with Hims & Hers, a company specialized in beauty and well-being in which he and J-Lo, then still a couple, recently invested, to launch a first makeup essential. The Blur Stick concealer is intended to camouflage dark circles, wrinkles, and other imperfections that can spoil the life of men.

Working with the Hims & Hers team, I wanted to create a product that solved an issue I faced every day. I realized as I was jumping from meeting to meeting, I needed something quick and easy in my routine to conceal blemishes or razor bumps,” Alex Rodriguez explained on his Instagram during the launch of the men’s concealer.

The Blur Stick is already available in eight shades to suit a wide range of skin tones, priced at $17 (around P820). It has been formulated with different oils, including jojoba oil, to soothe and moisturize the skin while camouflaging its imperfections. IB

J.Lo and Alex Rodriguez reported to have split after four years