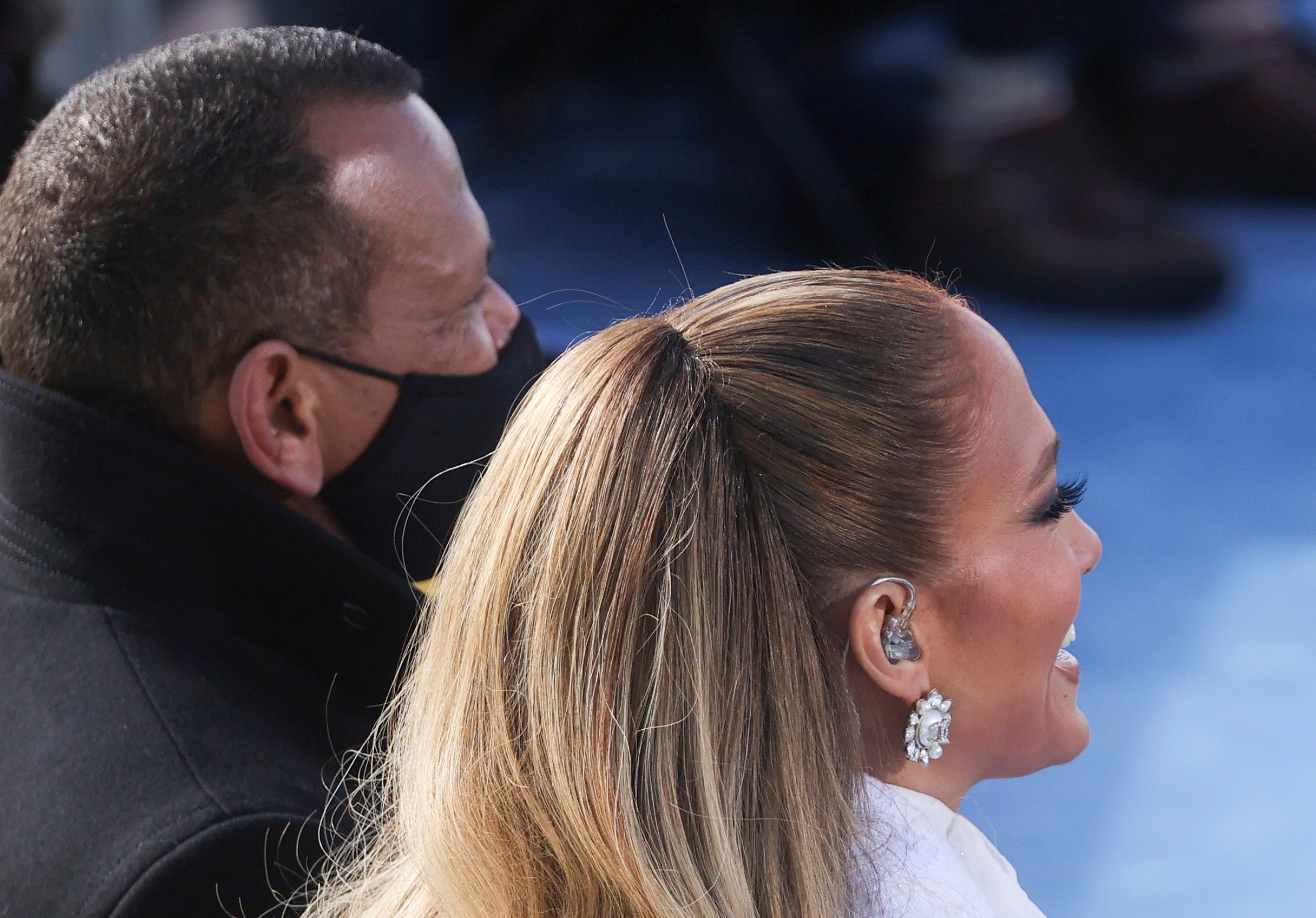 Singer Jennifer Lopez smiles next to Alex Rodriguez during the inauguration of Joe Biden as the 46th President of the United States on the West Front of the U.S. Capitol in Washington, U.S., January 20, 2021. REUTERS/Jonathan Ernst/Pool / file photo

Singer Jennifer Lopez and former New York Yankees baseball star Alex Rodriguez said on Saturday they were “working through some things” and that reports of them splitting up after almost four years together were inaccurate.

Celebrity website TMZ, the New York Post’s Page Six and multiple entertainment sites on Friday cited unidentified sources close to the couple, sometimes known in the media as J-Rod, as saying the pair had called off their engagement.

“All the reports are inaccurate. We are working through some things,” Lopez, 51, and Rodriguez, 45, one of the biggest celebrity couples in the United States, said in a joint statement provided to Reuters.

The “Love Don’t Cost a Thing” singer and Rodriguez, known as A-Rod, began dating in early 2017 and announced their engagement in March 2019.

An unnamed source told People magazine the pair never officially broke up, but had talked about it.

“They hit a rough patch,” the source said, adding that rumors linking A-Rod with a TV reality show star “had no bearing on the rough patch at all.”

“She’s working in the Dominican Republic and he’s in Miami so it’s tough seeing each other especially with quarantining and COVID,” the source told People.

Lopez, who sang at U.S. President Joe Biden’s inauguration in January, said late last year the couple had postponed their wedding twice because of the pandemic.

She began her career as a dancer and a singer, and produced and starred in the 2019 movie “Hustlers.”

Rodriguez retired in 2016 after a 22-year career in which he hit 696 home runs, placing him fourth on Major League Baseball’s all-time home run list.

Read Next
Ingenue on a hot streak: Cynthia Erivo on playing Aretha Franklin
EDITORS' PICK
FLASHBACK: The day Hidilyn was shocked over inclusion in oust-Duterte matrix
Tips for a cheerful life
Hidilyn Diaz wins weightlifting gold in Tokyo Olympics
Connect to PH’s fastest network with new Signature Plan Lite at only P599 per month
Harnessing technology for quality education
Golden girl Hidilyn Diaz ‘nervous’ but never in doubt during Olympics performance
MOST READ
Hidilyn Diaz wins weightlifting gold in Tokyo Olympics
Go to war with China over West PH Sea? It will be a ‘massacre’, says Duterte
Hidilyn shoots not only for gold but also for permanent place in PH sports history
Hidilyn Diaz overcomes struggles to make history for PH with gold medal
Don't miss out on the latest news and information.