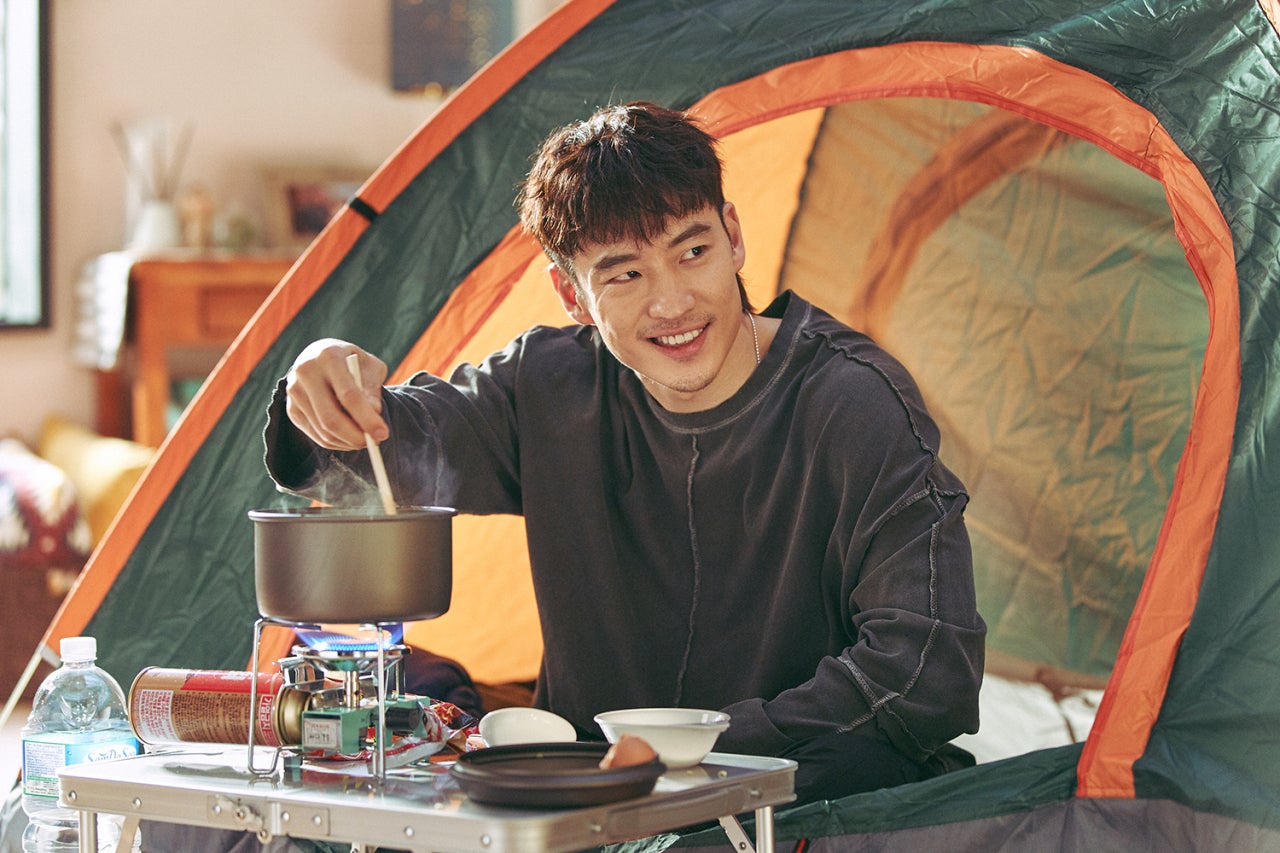 Scene from “Move to Heaven” (Netflix)

SEOUL — For an actor, it would be an honor to leave behind a collection of works someday, Lee Je-hoon, 36, said.

Of all the steps in Lee’s 14-year acting career, Lee said he was the most nervous about the recent release of Netflix original series “Move to Heaven.” He stars in the series as Sang-gu, an ex-convict who works as a “trauma cleaner,” cleaning up crime and accident scenes and organizing the belongings of the deceased.

“I was the most nervous about this work, of how people would react to this story,” Lee said Monday during an online interview. “I was emotionally touched when reading the script, shedding tears.”

The 10-part series was released on Netflix on May 14. Written by star scriptwriter Yoon Ji-ryun, who is acclaimed for hit series such as “Angel Eyes” and “Boys Over Flowers,” this one was inspired by a 2015 essay by trauma cleaner Kim Sae-byeol.

“When preparing for the series, I had a chance to meet Kim. This production owes it to his life and experience, as Yoon wrote the script after reading his essay,” Lee said. “What Kim does is very honorable but it must also be emotionally overwhelming. I could see that he truly cares for the deceased and those who are left behind.”

In the series Sang-gu works with his nephew Gru, who has Asperger’s syndrome. Gru is played by 17-year-old Tang Jun-sang.

“Tang is 19 years younger than me. I was worried about communicating with Tang due to the age gap. I thought I would have to guide him as an actor with more experience,” Lee said.

“But actually it was Tang who allowed me to go free on the set,” he said. “Sang-gu is a tough guy who has lived a rough life. He does not play by the rules. About 10 to 20 percent of Sang-gu’s character was made on the set.”

Asked what he would like to leave behind when his life ends, the actor answered, “I would like to have a ‘filmography of the late Lee Je-hoon’ list on Netflix or to have a DVD collection of my works. It would be a great honor.”

Following the Netflix release of “Time to Hunt” in 2020, Lee is seeing another exclusive release on the global streaming platform.

“Unlike other Netflix original series, this is more of a human drama which offers what other series could not,” the actor said.

“At first, 10 episodes seemed to be enough. But after wrapping up, I think there should be more. This should not end as a 10-part story. The story has to continue,” he said.