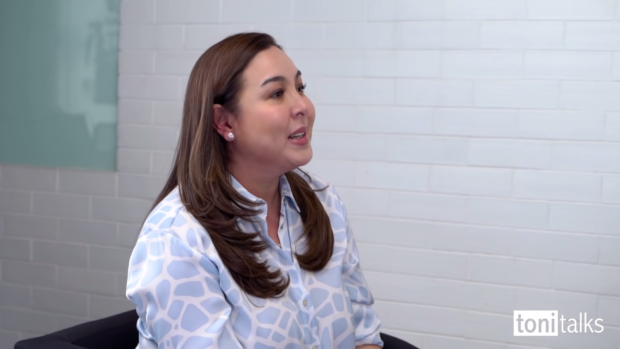 Marjorie Barretto did not expect that her ex-husband, actor Dennis Padilla, would own up to his shortcomings that led to the breakdown of their marriage.

(I never thought the day would come that he would say that he was to blame for our breakup, for the breakdown of our marriage.)

Barretto opened up about what she felt when she watched a recent interview between Padilla and their eldest daughter Julia, where he took the blame for their split in 2007 and admitted that his temper was the reason behind their rocky relationship.

She added that she was “a good wife” to Padilla and stayed with him “in more downs than ups,” but his reaction to their breakup made her question the relationship they had.

“For a long time, I was wondering. I know that I forgave him over and over again, so I was wondering why he didn’t remember me as a good wife, or why wasn’t he spending that much time with his kids,” she stated.

However, Barretto noted that she is now happy about Padilla’s reconciliation and good relationship with their children.

Barretto also clarified that she never discouraged her children from spending time with Padilla.

“People misjudged me, thinking I was encouraging my kids not to have a relationship with their father. As a matter of fact, even Dennis thought for a long time that I was the one preventing him from seeing my kids,” she said.

Barretto believes her children should have “peace with both parents,” as she explains that harboring hatred is “heavy.” She also wishes that Padilla continues on a “new journey as a less angry person” so he can enjoy the rest of his life with his kids. JB