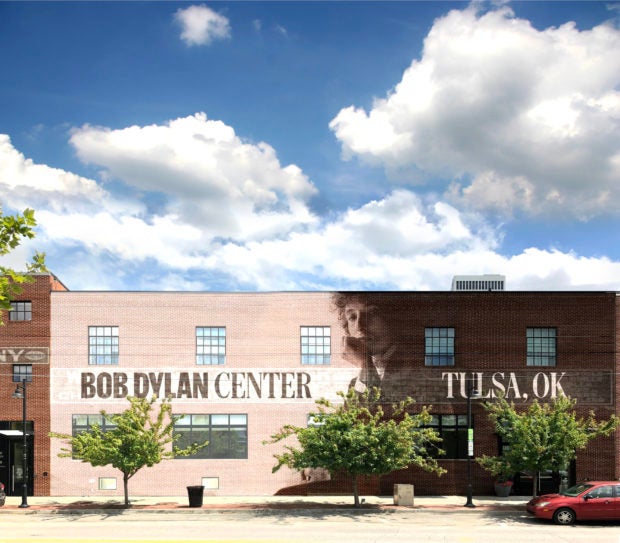 Image: The Bob Dylan Center via ETX Daily Up

Deprived of their usual venues of expression, artists and other music professionals are heading to museums to make take their art live, but in a different way. From Bob Dylan to BTS, here is an overview of initiatives combining “music” and “museum.”

Bob Dylan fans will soon have a new site of pilgrimage: Tulsa, Oklahoma. After a career spanning more than half a century, the American songwriter will be honored with the opening of a museum in his name in spring 2022. In the three-storey building, “Dylanphiles” will be able to discover more than 100,000 artifacts tracing the life and work of the folk legend. On display will be manuscripts of his best-known songs, previously unreleased recordings and rare photographs such as a portrait of the artist on stage during his 1974 tour, taken by the late photographer Barry Feinstein.

The Bob Dylan Center will be the culmination of an exhaustive process of cataloging and digitizing Bob Dylan’s archives, most of which have never been made public. The collection was acquired in 2016 by the George Kaiser Family Foundation and the University of Tulsa for a sum estimated by the New York Times to be between $15 million and $20 million.

“It’s going to start anew the way people study Bob Dylan,” Sean Wilentz, a historian at Princeton University and author of a biography of the singer, assured the American daily at the time.

How about a sniff of K-pop?

While fans of the 79-year-old musician will have to wait until May 10, 2022 to visit the Bob Dylan Center, K-pop fans won’t have to wait as long to discover a new museum dedicated to some of their favorite artists. The Hybe Corporation label, formerly known as Big Hit Entertainment, has just opened a space dedicated to talents from its stable, such as BTS, within its new headquarters in Seoul.

The 4,700-square-meter space immerses visitors in the music and visual world of bands like BTS, TXT, ENHYPEN and Seventeen through their five senses. They can see the various equipment used by the sound engineers and producers who worked on BTS’s “ON” or smell a perfume created especially for “EUPHORIA,” one of Jungkook’s solo tracks.

“HYBE INSIGHT brings light to the footprints of HYBE, our artists and the fans,” HYBE said about the museum in a statement. “It will become a special space where the singers and their followers can interact with each other through music and expand their musical experience.”

The event is described as a “virtual museum recollective” where hip-hop fans are encouraged to find “Easter eggs,” exclusive goodies hidden by the developers of “The Death Row Experience.”

All of this is set to a soundtrack featuring the label’s biggest names such as Dr. Dre, Tha Dogg Pound, Snoop Dogg and 2Pac.

Death Row Records worked with Flux88 Studios and crypto-artist Tilla Vision on the site, to which new virtual buildings will be added on the 30th of every month until the end of the year. It’s enough to make you wonder if the museum of the future will be carried by big names in the music industry. JB