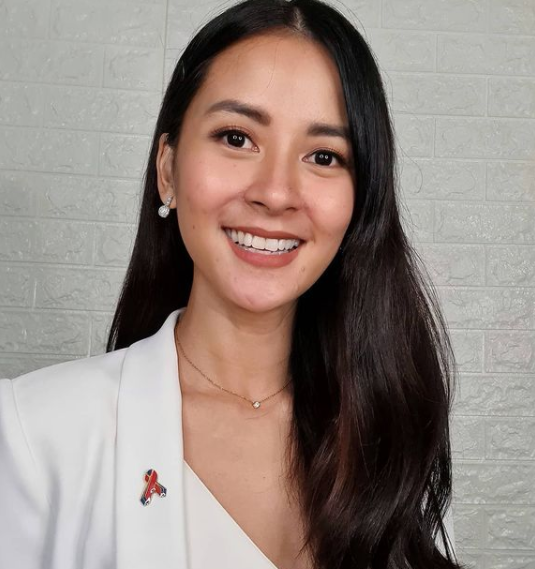 Television host Bianca Gonzalez is once again calling on her fellow morenas to embrace their color as she urged the public to stop the discrimination against dark skin.

(A morena is not “pitiful.” They are not disadvantaged,  not losers, and dark skin is not ugly compared with whiter skin. Enough with that harmful messaging, please.)

“That would be my message to 17-year old me in this picture, and to all other brown-skinned girls (and boys!) who might be reading this,” she added in the post, which came with the said photo of her younger self.

Gonzalez’s message on Instagram is only a part of her longer discussion on the issue via her “Paano ba ‘To: The Podcast,” which people can listen to via Spotify.

“Please, let us stop this thinking that maitim is uglier than maputi, or that being dark-skinned is less than being fair-skinned. All skin tones are beautiful, really,” she stressed in the episode titled “Hindi ‘Kawawa’ ang Morena” and released on May 12.

“Let’s encourage our morena children to love the skin they’re in; to take care of it, to moisturize, to scrub, to help it get a healthy glow. Instead of these harmful messages that they aren’t pretty enough because they’re dark or that they have to be whiter in order to get noticed,” Gonzalez added.

The TV host, known for being a staunch advocate for self-love, has also slammed several cases of skin discrimination in the past.

Back in April 2019, Gonzalez called out a glutathione brand for a controversial ad that encouraged people with darker skin to use their product and enjoy the supposed privileges of being fair or light-skinned.

Gonzalez previously expressed her sentiments also on skin whitening in 2017, noting on Twitter that she has nothing against morenas using such products, but still wishes that it was not the case as she is “all for celebrating the natural skin tone you’re born in.”  /ra

Bianca Gonzalez to those insecure about acne despite ‘bigger problems’: ‘Your feelings are valid!’