Momshies Jolina, Karla and Melai’s secret to their long-lasting friendship 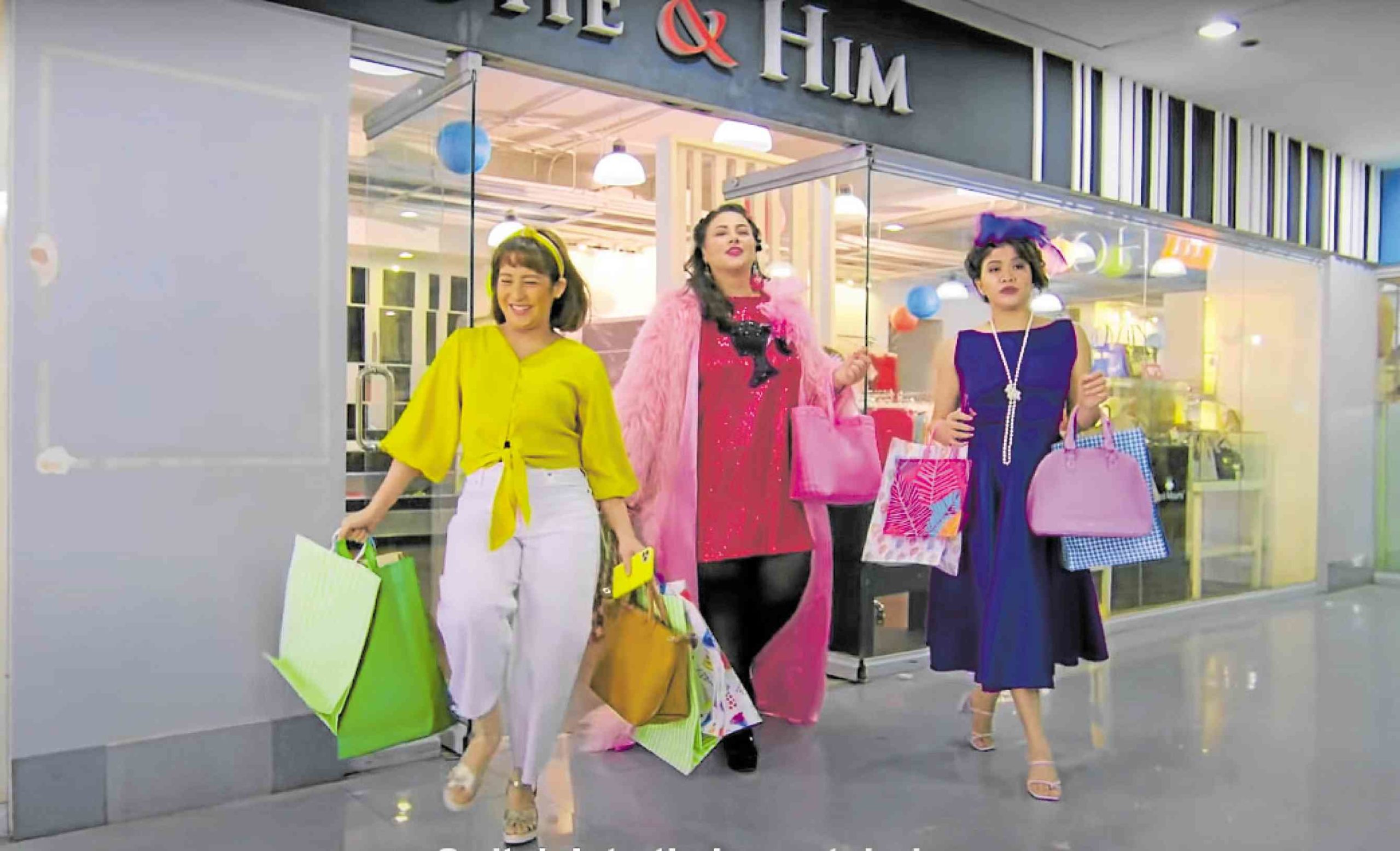 For Melai Cantiveros, who co-hosts the morning magazine show “Magandang Buhay” with Jolina Magdangal and Karla Estrada, the secret to their lasting friendship is that they actually don’t keep secrets from each other.

“When we’re in front of the camera, we’re extra expressive and makulit, but offscreen, we’re serious and talk about life all the time. We’ve gone through a lot since our friendship was formed over five years ago. We’ve promised each other that we’ll try to keep the relationship ‘for richer or for poorer, through thick or thin,’” Melai told reporters during the media launch organized for their first-ever movie, Easy Ferrer’s “Momshies, ang Soul Mo’y Akin.”

Karla explained that their bond started when the three of them joined the singing and impersonation competition, “Your Face Sounds Familiar,” where Melai emerged as the grand winner. “Other key factors to our lasting friendship are understanding each other and loving each other with no judgment,” Karla pointed out. “We also make sure that we have an open line of communication. If one of us wants to say something to one member of the group but feels uncomfortable doing it, she can still very well do so because she knows this will not be taken against her since she is treated as a friend.”

Jolina, meanwhile, said the bond that was formed during the talent show was fortified by the years they spent working together for “Magandang Buhay,” where they started calling each other “momshies.” She explained: “Now, we feel like we’re each others’ soul mates. All those years of hosting the show never felt like work for me.”

But their relationship isn’t perfect. “May tampuhan pa rin minsan, but often, what stands out is our mutual respect and love for one another. When things get rough, we would still choose to save the friendship rather than walk away. We already know how to adjust to each other’s quirks,” Melai explained.

Jolina agreed and said petty quarrels happen within their friendship not because one member did something wrong. “But it’s more because we still have a lot to discover about each other’s personalities. The quarrels never last for more than a day. We would have discussions and iron out issues immediately,” she added.

As the eldest member of their group, Karla said she doesn’t get offended by the other momshies’ actions as easily. “There were adjustments, especially since we’ve been together every day for five years doing ‘Magandang Buhay.’ Compared to the two, I’m more patient and understanding, being that I have more experience dealing with people than them,” Karla shared with the media.

When asked what the two other momshies have that Jolina also wishes she had, the wife of musician Mark Escueta said: “I wish I have Melai’s positive outlook in life … As for Karla, I admire her being a strong-willed person. While she worries for them (her kids) … you will not feel it.”

Melai, on the other hand, said she hoped to be as brave as Karla in facing life trials. “My experience in life is only half of what she has gone through,” the wife of actor Jason Francisco said. “As for Momshie Jolens, she’s really a hard worker. During days when I’m feeling down or too exhausted to move, I just look at her and I already feel inspired.”

Karla said she admires Melai’s simplicity and Jolina’s professionalism. “Melai still has no idea how big a celebrity she is. She is among PBB’s grand winners. She is a phenomenal star with fans and followers to speak for her, but she doesn’t feel this. Popularity has not changed her one bit,” Karla observed. “As for Jolina, look at how her professionalism helped her stay long in this business. From the ‘90s to the present, she has maintained her relevance. She would sometimes teach me and Melai voice techniques.”

In “Momshies, ang Soul Mo’y Akin,” Jolene (Jolina), Mylene (Melai) and Karlene’s (Karla) lives are changed after an incident that resulted in them switching souls, literally. This leaves them with no choice but to stick together in order to solve their problem.

Produced by Star Cinema and Keep Filming, the movie will start streaming nationwide on May 28 via KTX.ph and iWant TFC; on SKY pay-per-view and Cignal pay-per-view for P250, and on TFC IPTV. This is distributed by Cinexpress.