Cherry Pie Picache in the eyes of son Nio: She’s both a disciplinarian and a friend | Inquirer Entertainment
Close
menu
search

Cherry Pie Picache in the eyes of son Nio: She’s both a disciplinarian and a friend 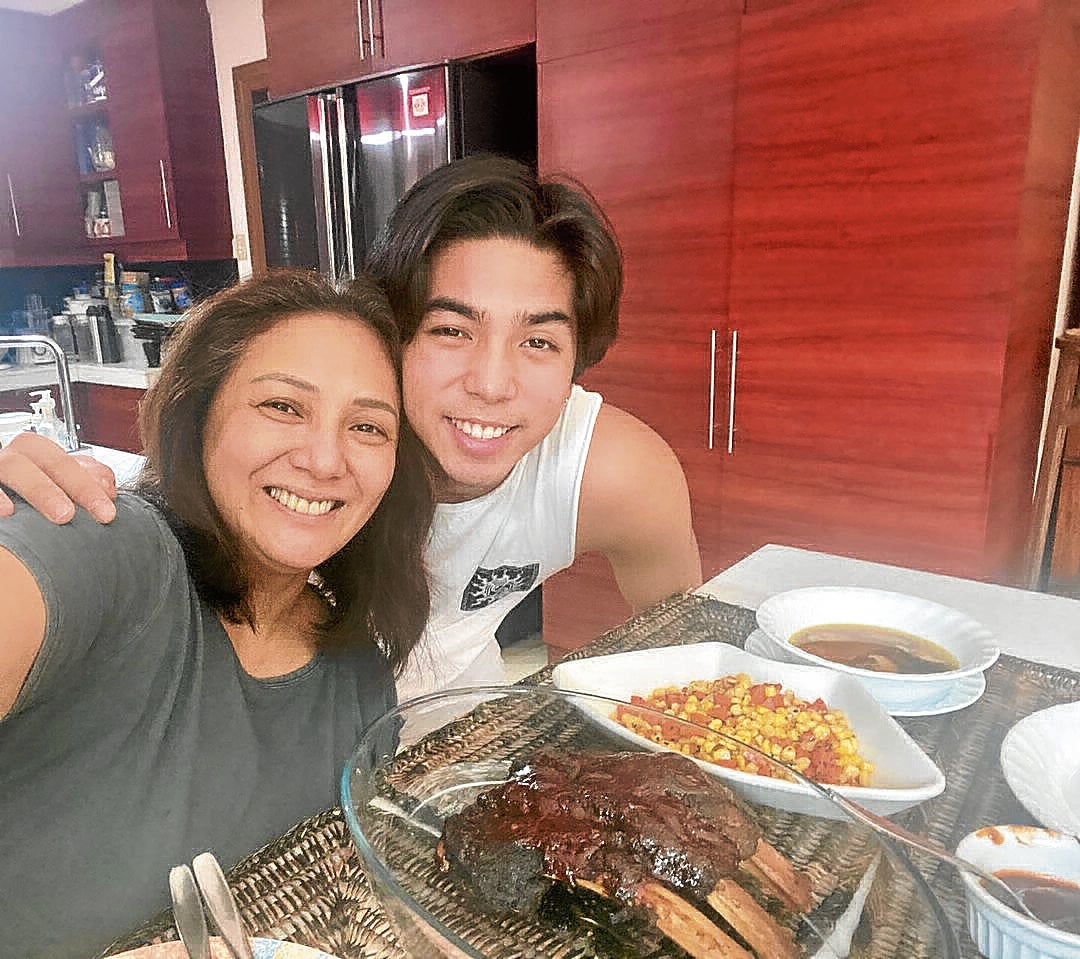 “Of course I miss her a lot. I’m always reminded of what happened to her,” said actress Cherry Pie Picache when Inquirer Entertainment asked how she was managing with the grief and loss of her own mom for this Mother’s Day story.

“Only recently, we once again strengthened our campaign for awareness on capital punishment. Lately, I’ve been busy participating in talks on restorative justice. This makes me remember her and what happened to her even more,” the actress said.

But Cherry Pie said there’s already less sadness and pain because there’s now hope and willingness to share to others the lessons she learned from the experience. “I’m now coming from a place of love,” she declared. “In the end, you realize that God has various ways of making people learn valuable life lessons; and these ways aren’t always nice and happy. Sometimes it’s through pain and suffering that you are able to share in His love and mercy. I guess that’s how it was for me and my siblings. It’s through pain and sacrifice that we learned to inspire other people to forgive and love each other even more.”

She further explained: “These days, there’s really no reason to get angry. Don’t let that feeling linger, especially now that we, as a human race, are battling a pandemic.”

Asked what she misses most about her mom, Cherry Pie replied: “It’s really her cooking. Without her, things are still difficult for me. I don’t always know what to do as a mom myself, or even as an adult. I still miss having her around, her wisdom. Back then, she would do things that I had a hard time understanding. I resisted her. I appreciate her now, especially because I’m now a mom, too.

“I guess she just felt too tired to explain her actions to us; why she became such a disciplinarian. I understand her now. I also do the same to Nio, but I make sure to make him understand why I was doing it or why I made that particular decision. I want him to be able to appreciate it early on.”

Nio is Antonio Tria, Cherry Pie’s 19-year-old son who recently signed up with Star Magic as a member of the teen group, Squad Plus.

“I miss my grandmother’s stories,” said Nio. “She didn’t cook for me but I remember her taking care of me while my mom was away. I was 12 when she passed on. I was still young at that time, but I remember how she never stopped showing how much she cared for me.”

When asked to describe Cherry Pie as a mom, Nio said: “She’s both a disciplinarian and a friend to me. She’s also a bit of a stage mom.”

“No, I’m not,” interjected Cherry Pie, who later in the interview admitted that while she would be open to working with Nio in an acting project, she would most likely whisper instructions to her son on the set when their director is away.

“My belief is that the only way you can reach out to teenagers today is when you act like their friend. Their generation is different from ours in terms of influences,” said the mom. “I’m open to discussing anything with Nio, including women, sex and alcohol. I tell him that he might as well talk about these things with me instead of discussing them with friends, who are still exploring life just like him. I guess it’s effective because when I pick him up from a night out with friends, most of his friends are ‘wasted,’ but not him.”

She added: “These days, I’m the one pushing him to find a girlfriend, para maaliw naman kaming dalawa, but he still doesn’t want to commit to anyone. He had a girlfriend when he was 14, until he was 17.”

The two proceeded to talking about Nio’s two ex-girlfriends, seemingly oblivious that this writer was watching them during this Zoom interview. They did the same when it was Cherry Pie’s turn to talk about her love life and the men she introduced to Nio as “potential” life partners.

“I’m very supportive of my mom when it comes to her love life. Her happiness is my main concern,” said Nio. “She deserves to be happy. I support her because this doesn’t lessen her dignity or value as a mother. This doesn’t make me think less of her as a mom because her role as a mother is different from her being a woman. She deserves to be loved, taken care of and supported.”

Nio shared that his mom has introduced to him three suitors so far. Cherry Pie interrupts by asking, “Sinu-sino?” She then pushed Nio out of the Zoom screen before he could reveal their names.

In a more serious tone during the interview, Nio revealed that it was actually from him that Cherry Pie got the COVID-19 virus that she successfully battled with recently.

“I was the first one who got it, and since I’m in close contact with my mom she had to get tested also. My worry at that time was that since she’s older, and her immune system might not be as strong, that she might have more severe symptoms.”

“At the time, it was just the two of us at home so I was the one who made breakfast for her and reminded her to take which particular medicine on time. While I was doing school, I also checked up on her from time to time,” said Nio.

When we asked what she learned from her COVID-19 battle, Cherry Pie responded with: “I used to say I’m thankful for every waking morning but I just mouthed the words. Now I really mean it. Now, I also feel so much more for those who are sick. It’s a lonely illness. You are on your own as you battle it. In the end, you will realize that it’s a gift to have someone beside you, a family member or a friend, as you go through it.”

Cherry Pie is scheduled to go inside the bubble once again this May for the romantic comedy series “Marry Me, Marry You.”

“Life goes on. Even if you can afford not to work for a while, sayang rin ang time and blessing. I feel that God is merciful. He will protect me. This is not just about work, but about living your life. You still have to go out to get supplies, to relate to other people,” she pointed out. “A lot of people are jobless, so why would I say ‘no’ to work? Although, I had to explain a lot of things to the production people in terms of safety. I was good that they understood.”