Appreciating Asian cinema in the time of Panatag

Organizers believe the Asian fest is all the more significant as the region reaches a crucial point in its history
By: Bayani San Diego Jr.
Philippine Daily Inquirer / 10:32 PM May 16, 2012 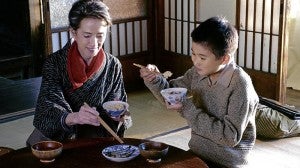 The Mandaluyong mall has been the home of the Cine Europa film festival for the past 15 years, Dualan pointed out. “We had long wanted to have our own Asian film fest.”

When the Asia Society Philippine Foundation proposed the festival, the mall immediately opened the doors of the Shang Cineplex from May 17-21 for the free screenings.

The Film Development Council of the Philippines (FDCP) adopted the fest as a pet project and part of its Film Cultural Exchange Program. “We’ve been partnering with different embassies to come up with various projects,” said Ted Granados, FDCP executive director.

With its theme, “Asia as our society,” the festival aims “to introduce the region’s culture, history and heritage to Filipinos.”

The festival is being mounted because of the desire of Asia Society Philippine Foundation officers (founding chair Washington SyCip and current chair Doris Magsaysay-Ho) to promote the region’s rich cultural diversity.

“Our chair loves films. She believes it’s dangerous to be myopic. Watching films from other Asian countries will help us understand our neighbors,” Keh said.

Fostering cross-cultural understanding through cinema will create bonds of cooperation in other areas like economics and politics, said Granados.

“Cinema is universal,” Keh agreed. “Politics divides, but film can serve as a unifying factor.”

The festival message becomes all the more urgent in this time of “tension in the region, in light of the Scarborough Shoal stand-off between the Philippines and China,” said Keh. “The entire region will be affected by this crisis.”

Watching films on the daily lives and struggles of our neighbors will show Filipinos the threads that bind the region.

“We share a number of traits and traditions with fellow Asians,” Keh said.

Organizers hope to turn the Asian fest into an annual event, perhaps tour it in other cities in the Philippines, and later in other countries where the Asia Society has offices. 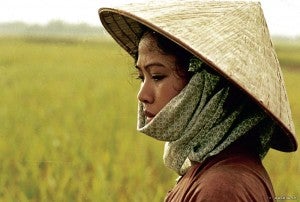 They intend to invite other Asian countries’ embassies to participate in the future.