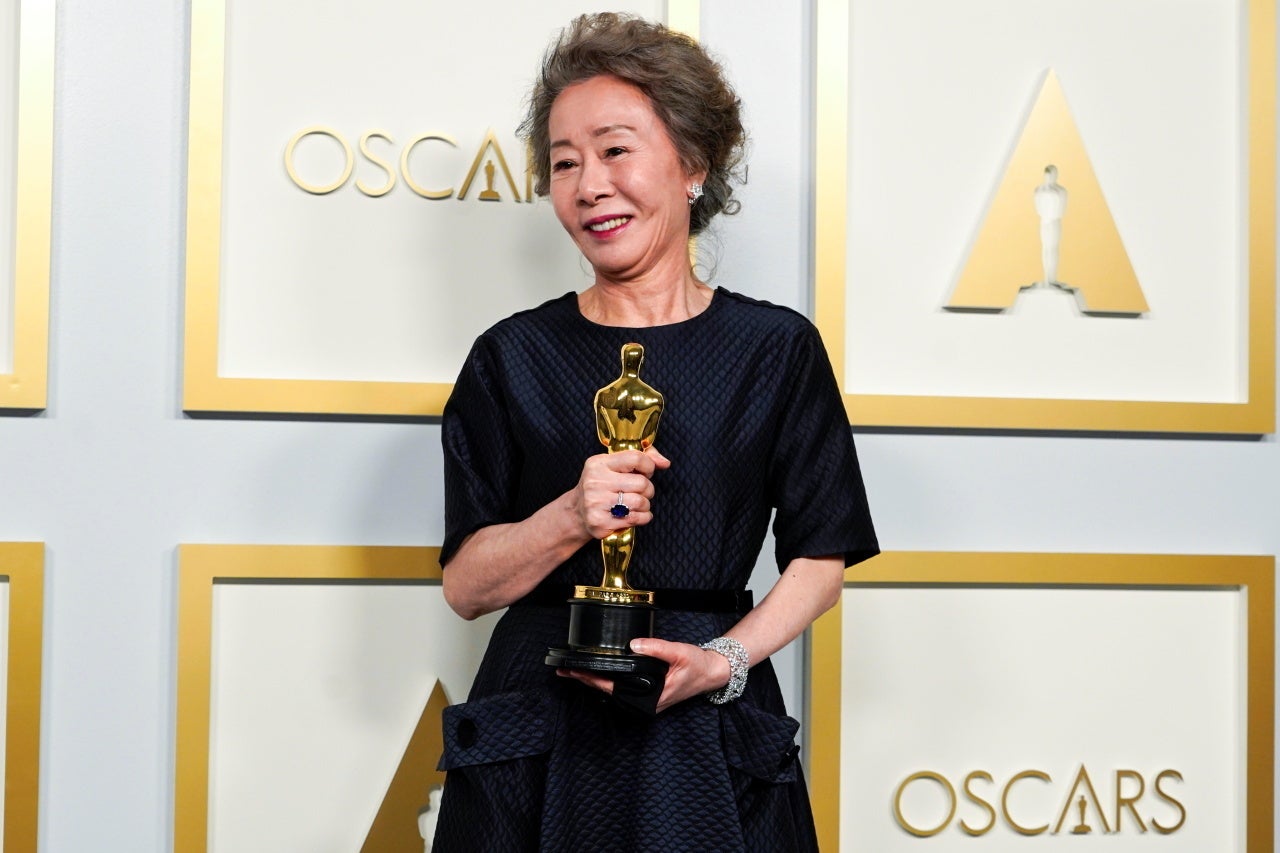 SEOUL — Oscar winner Youn Yuh-jung, 73, is loved not just for her acting, but also for her candid and humorous remarks.

The veteran actor of over 50 years said on a US television show on Tuesday that she doesn’t “admire” Hollywood.

“No, I don’t admire Hollywood. The reason I keep coming is because if I come to the States and work, maybe I’m able to see my son one more time. That’s from the bottom of my heart.”

Youn became the first Korean and second Asian on Sunday to take home an Oscar for best supporting actress for her role as a grandmother in Lee Issac Chung’s “Minari.”

In response to a question asking about her future plans at a Korean news conference hosted by the South Korean Consulate General in Los Angeles after her win, she said her life will continue as usual.

“Winning an Oscar doesn’t mean Youn Yuh-jung becomes Kim Yuh-jung. Memorizing lines is very difficult for me now, but I don’t want to be a nuisance to others. I thought it would be great if I can do this as long as I’m not a nuisance,” she said.

On what made Minari get global attention, Youn said, “The script was well-written. The sacrifice of a grandmother and parents is a universal story. That moved people. Because the director wrote it with all his heart.”

She has expressed great respect for 43-year-old director Lee Isaac Chung, saying he had everyone on the set under control while respecting them all.

“American education seems to have made him a very refined Korean. It was so nice to see that kind of refinement,” she said.

She has also expressed admiration for Glenn Close, a fellow Oscar nominee for best supporting actress, saying she really wished the award went to the American actress who is the same age as her.

Youn said she saw Close play “A Streetcar Named Desire” in London in the early 2000s, and envied Close’s courage for playing Blanche, a character symbolizing purity and innocence in her 20s, despite being in her 50s at the time.

“I knew she wasn’t doing this just for the money. She was challenging her acting and working hard,” Youn said.

She shrugged about the stream of questions on meeting Brad Pitt at the Academy Awards.

“He is actually the producer of our movie. I asked him to spend more money next time we make a film,” she said of Pitt, who owns the production company behind “Minari,” Plan B Entertainment.

“I also told him to come to Korea. He said he will. But Americans have fancy vocabulary. He said my performance was very respectable and whatnot, but I’m old. I don’t fall easily for what others say.”

She had jokingly asked Pitt at the award ceremony, “Where were you when we were filming in Tulsa?”