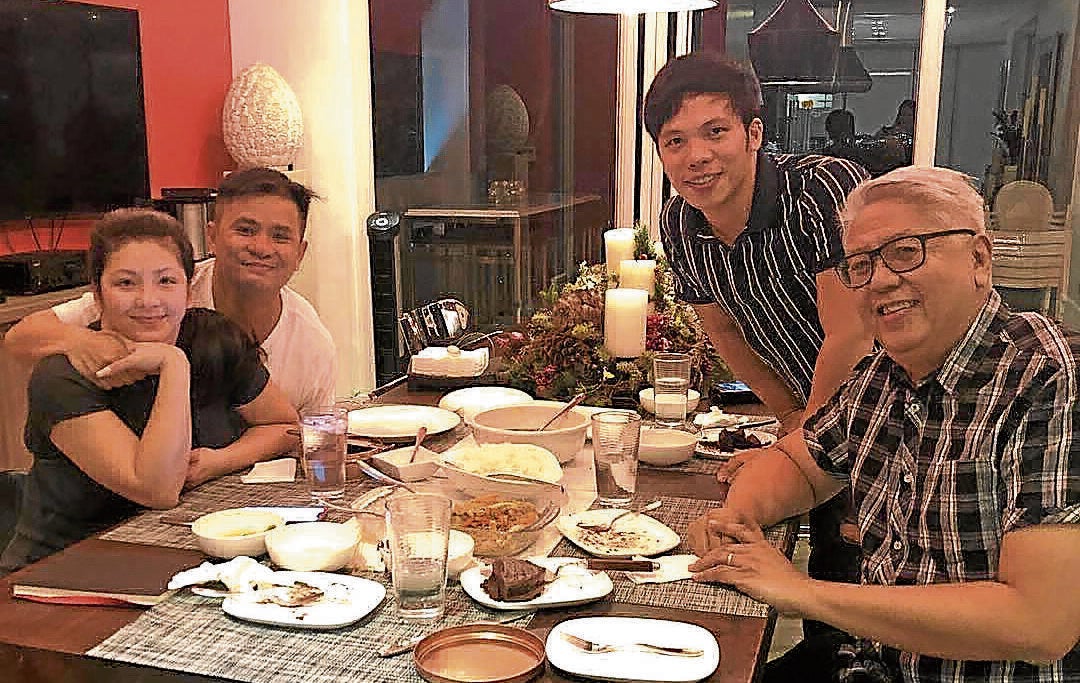 Mother’s Day has come early this year for gifted thespian Poppert Bernadas. The 34-year-old “The Voice” alumnus (under Team Sarah G), theater actor (“Lorenzo the Musical,” “Rak of Aegis”) and longtime member of the Ryan Cayabyab Singers (RCS) is marking a milestone tomorrow with the release of his debut solo single, “Payakap Inay,” under Star Music.

The track, which Poppert cowrote with composer-arranger Toto Sorioso, is a bittersweet and haunting ode to his mother Cristina, who succumbed to complications of diabetes three years ago.

This will be followed by the release of “Mama Ko”—his collaboration with his mentor, National Artist Ryan Cayabyab (Mr. C). Both songs are part of a special musical project inspired by Poppert’s love letters to his departed mother. The third song is his partnership with Jungee Marcelo. All three singles are featured cuts from his upcoming solo album. Indeed, everything is coming up roses for the singer-actor, who is currently being comanaged by Ogie Alcasid’s Ateam and Star Magic (which has already thrust him into the teleserye grind by way of “Ang Sa Iyo ay Akin”). True-blue triple threat

But we needn’t take those industry hotshots’ word for it—because we’ve also worked with Poppert nine years ago, when we wrote and directed “RCS7,” the Ryan Cayabyab Singers’ fifth anniversary concert at Music Museum.

As we were putting the brilliant seven-member group through its paces, it was easy to see how Poppert was as quick as he was open to coaching—a true-blue triple threat worthy of his formidable mentor’s stewardship. And based on that immersive experience alone, we knew it was just a matter of time before he’d eventually get the big break he deserves.

“I am sure everybody can relate to the message of ‘Payakap Inay,’” said Poppert. “It’s a song about the power of a mother’s embrace. It plays out like a lullaby that, in gloomy times like this, reflects our longing for comfort and reassurance in the arms of our mother.”

With Mother’s Day (May 9) just around the corner, we asked the Davao-raised singer what his fondest memories were of his mother.

“When I was a college student at UP Diliman, I would fly home to Davao City every semestral break and sleep beside my mother every night,” he recalled. “My Papa understood naman the bond I had with her, so he’d patiently sleep in another bed till it was time for me to return to Manila (laughs)! My mom was in dialysis for five years, but lost her battle with her illness in 2018.”

Through it all, Poppert’s refuge was music and the need to accomplish things that would make his mama proud of him.

Asked about his biggest musical influence, Poppert was quick to single out the National Artist. “Mr. C is a huge part of whoever I am as a singer-performer. In 2007, he chose me as one of the members of the original batch of RCS—and that was when I became convinced I could really sing. So, here’s a shoutout: Thank you sa tiwala, Mr. C!”

What has your mother taught you about singing?

Nothing much. My tatay is really the singer in the family … and also my mama’s twin sister. I didn’t like singing when I was young and would resist it. So, my tita would tell my mama about it and she’d scold and sometimes pinch me (laughs). It was that sort of “training” style that gave me the confidence to perform in front of crowds.

What keeps you busy these days?

I didn’t realize I’d also end up jumping on the steaming bandwagon because I’m used to performing in front of a live audience. But I’m on Kumu these days. It has become a viable platform for performers since the start of the pandemic.

I grew up idolizing Martin Nievera—his voice has no equal. Mas lalo ko pa s’yang naging idolo when I heard good stories about him from Mr. C … kung gaano s’ya kabait bilang tao, lalo na sa kapwa musikero at coworkers n’ya. KZ Tandingan is an exceptional singer and good friend, who’s always been supportive of me and my online streams.

Then, there’s Kuya Ogie [Alcasid], who is something else when you see him perform in his concerts! Kung may katapat man sa pagiging Concert King si Martin, si Kuya Ogie ’yun.

Based on your experience in “The Voice,” what tips can you give aspiring contestants?

Focus! Give all your time and energy into it so you don’t regret anything at the end of it. Whatever happens, at least you know you’ve given your all. 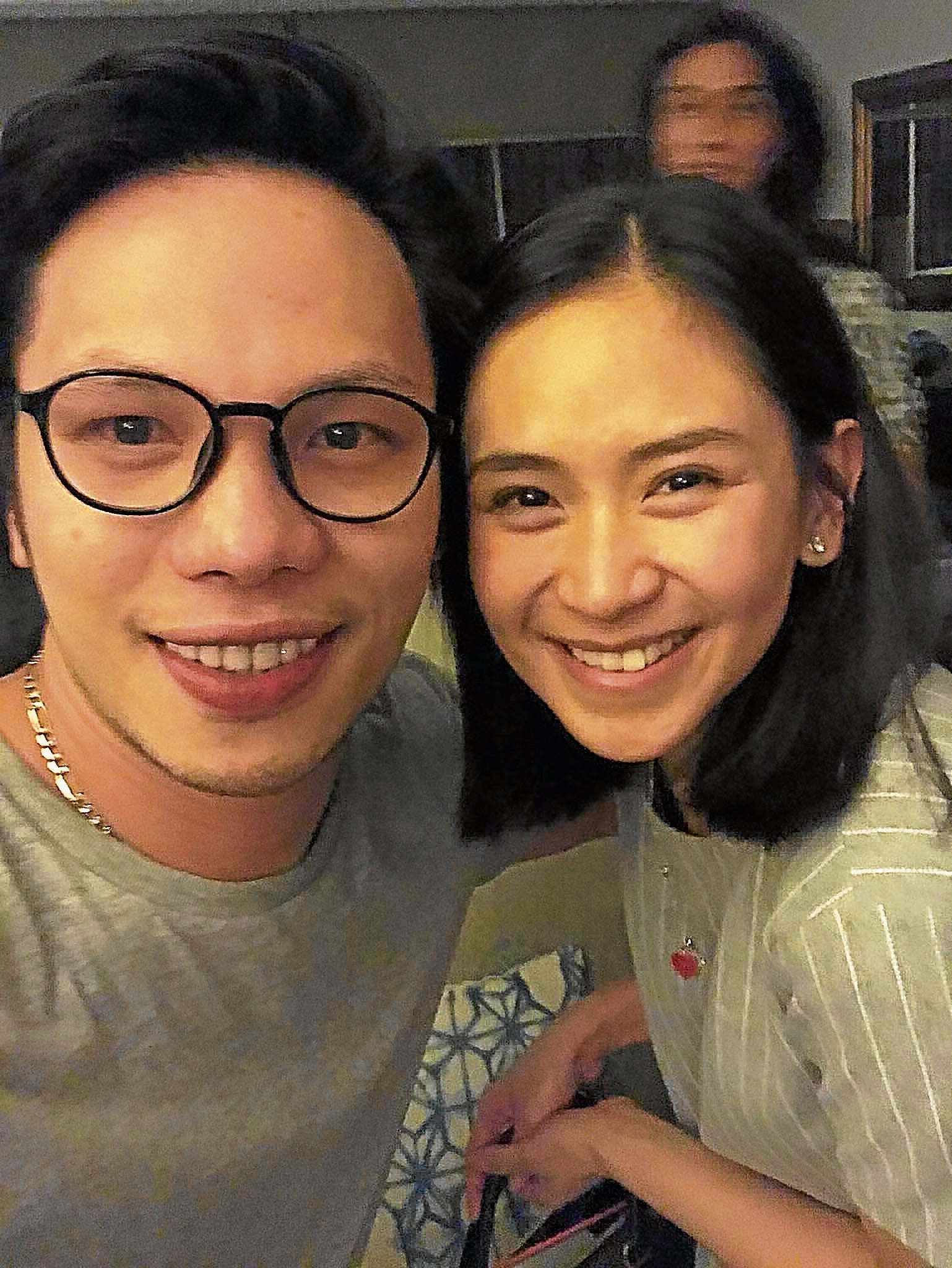 What has your “The Voice” coach Sarah Geronimo taught you?

To stay grounded. Be humble … and I see that in her as an artist. Despite fame and fortune, she has remained simple and kind.

What are three lessons imparted to you by Mr. C?

One, be a good person. If you’re easy to work with, maraming gustong kukuha sa ’yo. Two, as Mr. C would say, “Let your work speak for itself.” You’ll hear a lot of positive at negative things, but just focus on your work and do it to the best of your ability. Three, save! Artists don’t work or earn every day. So, he’d always remind us to save something for a rainy day.

Read Next
Star Magic’s online acting classes to go full blast in May
EDITORS' PICK
Unleash the photographer in you this World Photography Day with vivo smartphones
Look Through: The fate of impounded stray dogs
DOH says COVID-19 cases plateauing, but public shouldn’t be ‘complacent’
What to watch out for when selecting a video surveillance solution
23,000 cops to be deployed nationwide for school reopening
House energy committee chair Arroyo bats for cheap electricity
MOST READ
Sharon Cuneta asks for prayers for friend in ICU who suffered silent stroke
Light therapy could be the answer to your sleep problems
Korina Sanchez reunites with former ABS-CBN co-anchors Julius Babao, Cheryl Cosim
PBA: San Miguel ousts Meralco to arrange finals duel vs TNT
Don't miss out on the latest news and information.