Acting derby is anyone’s game at the Oscars 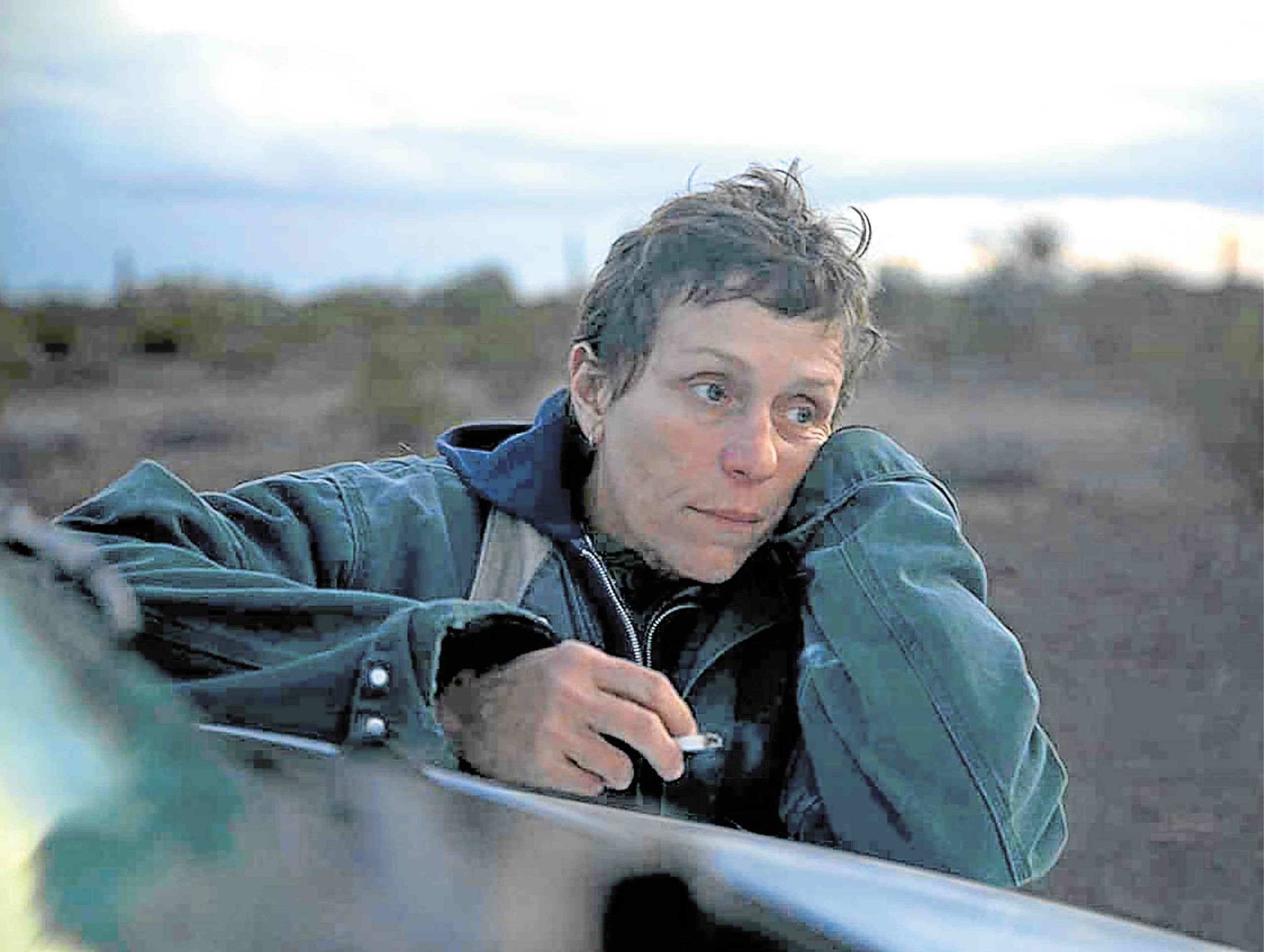 While director Chloe Zhao and her film “Nomadland” are set to seize the golden statuettes in their respective categories at the 93rd edition of the Academy Awards on Sunday (Monday in the Philippines, beginning 8 a.m.), the competition in the acting fields is shaping up to be a matter of preference or relatability as far as Academy voters are concerned.

Much has been said about what film or which nominee is expected to win since the Oscars ceremony was moved to April 25, but the delay has at least given people stuck at home more time to winnow the wheat from the chaff and, along the way, weed out the flashy and frivolous from the truly fabulous. 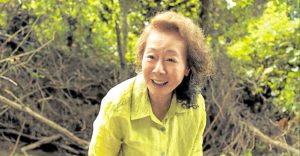 The quarantine year has yielded a lot of award-worthy performances from actresses, notable as much for variety as for their thematic pertinence.

But it looks like the best actress race will be a toss-up between Viola Davis’ sensational vanishing act as a temperamental blues singer in George C. Wolfe’s film adaptation of August Wilson’s “Ma Rainey’s Black Bottom” and Carey Mulligan’s galvanizing turn as a vengeful med-school dropout in Emerald Fennell’s “Promising Young Woman.”Award or no award, however, it’s Frances McDormand’s precious portrayal, as a widow who lives the meditative life of a nomad traversing the transient communities of the homeless after the death of her husband, that lingers with viewers longer than the rabble-rousing splash and flash of volatile Viola and chthonic Carey. Hers is a lived-in performance devoid of attention-calling artifice that resulted from the 63-year-old actress’ experience of living in a van for more than four months, as she moved from one place to another in seven states. Even Frances’ “coactor” Bob Wells wasn’t aware he was sharing scenes with a two-time Oscar winner (“Fargo,” “Two Billboards Outside Ebbing, Missouri”) until the former finally told him that her real husband, director Joel Coen, wasn’t really dead. Talk about the “no-acting” approach to acting, you can’t get any more authentic than this.Andra Day (as the jazz legend in “The United States vs. Billie Holiday”) and Vanessa Kirby (as a woman who loses her baby during childbirth in “Pieces of a Woman”) are also nominated for best actress. 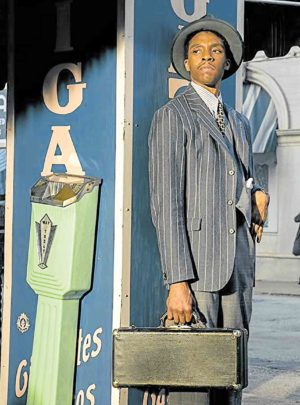 We’re even more torn in the three-way race for best actor among Anthony Hopkins (in “The Father”), Riz Ahmed (in “Sound of Metal”) and Chadwick Boseman (in “Ma Rainey’s Black Bottom”).

We can’t think of any other actor who could have pulled off the complexity of the balancing act required for Anthony’s role as a confused old man who becomes increasingly hard to handle as he succumbs to dementia—a masterclass in how a seasoned actor’s judicious skills can elevate histrionic acting into something beyond the ordinary and perfunctory.

For his part, while Riz’s focused characterization astutely walks viewers through what it’s like foo a musician to gradually lose his sense of hearing, and how he comes to terms with the severity of his condition.

But Chadwick, as a cocky and impetuous trumpet player with an ego as big as his talent, is in a class all his own. 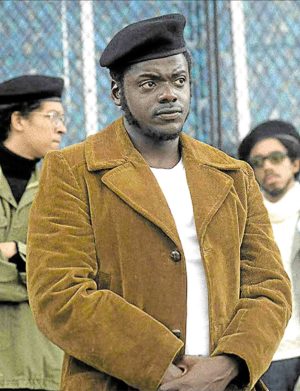 Daniel Kaluuya in “Judas and the Black Messiah”

Much like Viola’s vanishing act in “Ma Rainey,” the actor, who died in August last year at age 43 after losing his battle to colon cancer, delivers an astonishing performance so distinct from any of his previous roles that it’s almost impossible to imagine any shared characteristic between Levee Green and the Marvel Cinematic Universe’s T’Challa—from mood and countenance, to tone and and temperament.

Steven Yeun (in “Minari”) and Gary Oldman (in “Mank”) are also in the running for best actor.

Winners at other acting derbies: Anthony Hopkins (“The Father”) at Bafta, Delroy Lindo (“Da 5 Bloods”) at NYFC, Riz Ahmed (“Sound of Metal”) at the National Board of Review, and Chadwick Boseman (“Ma Rainey”) at the Golden Globes, Screen Actors Guild, Critics Choice and the LA Film Critics awards.

It’s also anyone’s game in the best supporting actor category, where Daniel Kaluuya (as head of the Chicago chapter of the Black Panther in “Judas and the Black Messiah”) is expected to rule the roost after winning at the Golden Globes, Bafta and the Screen Actors Guild awards.

But LaKeith Stanfield’s perplexing nomination in the same category for his lead role as an FBI informant who infiltrates Daniel’s political party in “Judas” could potentially be detrimental to both his and his coactor’s chances at winning if they end up canceling each other out. 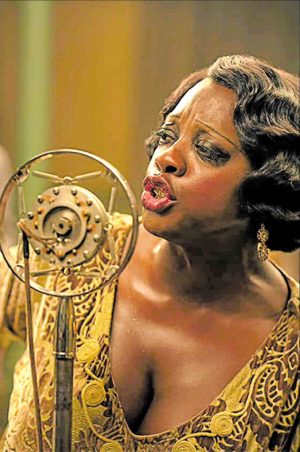 The Academy’s choice is as discombobulating as the Hollywood Foreign Press’ decision to cite Sia’s frustratingly indulgent film “Music” and James Corden’s too-self-aware turn in “The Prom” in the best film-musical/comedy and best actor-musical/comedy categories, respectively.If that happens, Paul Raci (as a hearing-impaired drug abuse counselor) or Sacha Baron Cohen (cleverly cast against type in “The Trial of the Chicago 7”) could end up stealing the golden plum from right under Daniel or LaKeith’s nose.

Leslie Odom Jr., who plays pioneering soul artist Sam Cooke in “One Night in Miami,” is the fifth nominee.

The acting derby has a runaway winner, however: best supporting actress nominee Youn Yuh-jung, the 73-year-old Korean acting veteran who portrays the doting grandmother in “Minari.”

Amanda Seyfried (in “Mank”), Olivia Colman (in “The Father”) and Glenn Close (in “Hillbilly Elegy”) turn in fine performances in their respective movies, but it is exceptional Bulgarian newcomer Maria Bakalova, as Sacha’s subservient daughter in “Borat Subsequent Moviefilm,” who could rain on Yuh-jung’s parade and pull an upset—and they wouldn’t hear any howl of protest from us.