Evolution of the revolution: Dicta License is back to remind everyone why we must ask questions | Inquirer Entertainment
Close
menu
search

Evolution of the revolution: Dicta License is back to remind everyone why we must ask questions 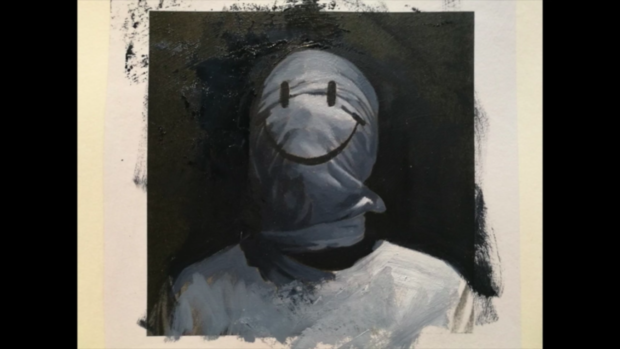 MANILA, Philippines — That Dicta License no longer makes heavy rap metal songs is a fact that fans of the genre would have to contend with.

But even if the new album “Pagbigkas” presents a different sound, there are still plenty of reasons why people should listen to it. Actually, it seems appropriate for Filipinos to hear their music now as the country appears lost on how to solve the pandemic and other political problems.

Inside the 12-track album released last April 9 (Araw ng Kagitingan), only one or two songs bear a resemblance to the Dicta License of old, which has been compared with progressive rock band Rage Against the Machine.

But the messaging — something that Dicta License has been known for — is much more pronounced, much more intense, and is clearer than ever.

Dicta License and the artists who helped produce Pagbigkas are very talented, but the messages take center stage.

INQUIRER.net sat down with Dicta License to uncover more stories and meanings behind their songs, including those from the controversial track deemed to be about the sitting President.

Dicta License talked to INQUIRER.net on April 14 about several songs in “Pagbigkas,” including “Diktador” which discusses issues thrown against President Rodrigo Duterte and his supporters.

Diktador is not new though: Labog said he released it in 2016, before Duterte even formally won the elections. However, the album version best represents the new Dicta License sound: intense as always, production-heavy and groovy, marked by a mix of guitars and synthesizers, and direct-to-the point tirades.

(So yes, this is about [the President]. There are actually those who say the lyrics are somewhat prophetic, but I kind of knew that this is what was going to happen based on the reports, particularly the 2007 United Nations report. The Special Rapporteur on extrajudicial killings went here, Philip Alston, and he investigated.)

It also made references to Duterte’s bloody drug war, which has been a major point of criticisms against the administration:

But the song is just one of many that highlight the criticisms about the administration. In “Inosenteng Bala,” Dicta License animates a bullet which argues that its trajectory is only dependent on the user, in response to the spate of drug war deaths and alleged extrajudicial killings in the country.

“Salita” calls out the social media practice where Duterte’s critics are asked to shut up, and then asked about their contributions to society — which the band finds very ironic as even buying small things help build the economy.

“Posas” talks about the numerous deaths that occurred under Duterte’s term, and how these affected the poor who should be aided by the government instead. Then there’s “Kasama,” a jab at people who used to advocate for the poor’s plight, then stopped after they lived comfortably and sided with the powerful.

It seems that Dicta License has taken a very pessimistic stance, as they even included an excerpt from Jesuit priest Fr. Albert Alejo’s poem “Sanayan Lang ang Pagpatay.” But despite a darker view of things, Posas actually introduces listeners to perhaps the most positive and optimistic song in the album, “Elias.”

Elias and the morning sun

A fitting tribute to the famed character from Dr. Jose Rizal’s “Noli Me Tangere,” “Elias” features a smooth, acoustic guitar-based sound, that seems like a throwback to 1980s chill pop rock songs — except that the melodic vocals in its intro is followed by Labog’s rap lines, underscored by pulsating synths and bass notes.

In “Elias,” the band pleads to Filipinos to never forget the people who passed away while building the country, using messages uttered by Elias in his last moments, after acting as a decoy and saving the lead character Crisostomo Ibarra. It also appears as a wake up call for people to read and study Rizal’s texts again.

Labog said the lyrics had been in his mind since 2004, inspired by a campaign jingle that talked about new mornings.

(I had the first line of the song since 2004. It took that long. Whenever we jammed, that was actually the freestyle I carried, that was the first thing I would say. But it would not come to be, I could not complete the song, I just had that line.)

(The death of Elias triggered me because it was like a farewell that is frustrated yet hopeful, isn’t it? As if it is saying, do not forget about us that came before you, just as he died before sunrise.)

Mangahas said that it was probably the most optimistic song in the album.

“That was the most hopeful song na rin sa album, kung napansin mo ‘yong album di ba, the themes and everything were a little heavier […] I guess that would have also reflected the vibe of the instrumentation, parang it felt that na parang may hopefulness, parang may light at the end of the tunnel,” he said.

(That was the most hopeful song in the album, if you noticed the album, right? The themes and everything were a little heavier… I guess that would have also reflected the vibe of the instrumentation, as if it felt that there is a hopefulness, like there is a light at the end of the tunnel.)

Much like Filipinos struggling through the pandemic, Romero also confessed feeling helpless and pessimistic about the country, which led to him immediately agreeing about creating the album.

But even if the group was completely on board with the project, the possibility of being red-tagged — or linked to communist rebels and ideologies for their progressive views and songs — also crossed their minds.

“Definitely I was scared, we were scared, but also me, personally, (I’m slightly) feeling helpless (too) […] from 2005 till now (I have become) pessimistic, I don’t know what to do anymore. So for me personally when Pochoy finally approached me regarding the album, I took it as a chance for me to be able to do something,” Romero said. “Ito na ‘yong contribution ko.” (This is my contribution.)

(True, it is serious, this red-tagging. I did not see this coming. I mean I am already old, I have witnessed many presidents, so this labeling is too aggressive, this shaming. It is so easy to brand someone as a communist. Then that’s that. You are discredited even if you just happen to be asking questions.)

Jorel Corpus who acted as the band’s producer — mixing the songs and samples sent to him by the band members — said that he is still bothered by the red-tagging incidents although he is living in the United States. 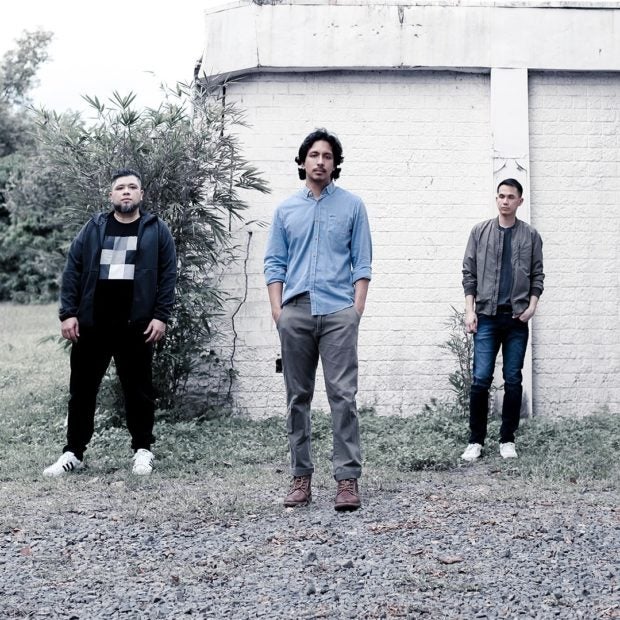 (For me, I believe in the message, and if this is the way for the messages to be compelling as they reach people, as they say, if you are going out to war in Biblical times, the musicians are right in front.)

Dicta License says that they are unbothered about those who cannot ascribe to the progressive theme of the songs. But at the same time, they also asked people, regardless of political affiliation, to listen to the songs in hopes of sparking critical thinking while asking the most important questions.

(It is hard to sort of pitch, for me, I just want to put out material, then it is up to you… Actually, it is OK too if there are those who disagree, but at least I hope they get to listen, to tickle their thoughts, and maybe it might start a conversation.)

“‘Yon nga sana makiliti ang utak ng ibang tao na who have been thinking about this, think deeper about it, and have some courage to ask questions, speak about it,” Romero added.

(That’s it, hopefully the thoughts of those who have been thinking about this would be roused, for them to think deeper about it, and have some courage to ask questions, to speak about it.)

And in terms of possibly not earning enough due to the backlash from people who would shy away from their outspoken nature, the band made it clear that money has never been in the conversation.

“I didn’t really do this for the money, so (if there would be some), bonus. But my reason (really) was to be able to contribute to the country, maybe to give people courage to speak up,” Romero said.

“The more you make a stand sometimes you know, not everyone is gonna be on that same page,” Mangahas noted. But he said they do understand, and what’s important for them is to simply put out the album and to put out the message.

(And truth is, there really has been no income with Dicta License, to begin with.)

But sometimes, the best projects are actually those that you would not make any money from, because it allows people to focus on their own goals even when those goals are unpopular.

And Dicta License’s goal, despite the changes they made, has always been the same: to allow their music to evolve while resonating, more than ever, the people’s license to speak. JB