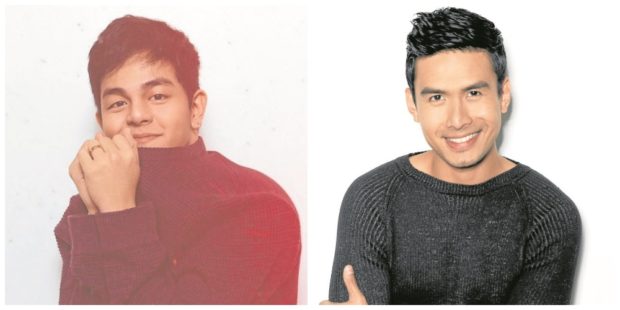 With the extra time we supposedly have these days because of the pandemic, some people may feel compelled to be more productive, or come up with checklists of things they have been putting off.

But it’s not as simple as it seems. As it turns out, working while coping with a health crisis can already be plenty stressful. And while staying safe and physically healthy is the priority, our mental and emotional well-being, celebrities said, are something that should also be taken care of.

“Our mental and emotional state can also affect your physical self and other people. So, it’s important to also set aside time to reset and relax our minds,” singer-television host Christian Bautista told the Inquirer in a recent interview after an online event for the “It’s Good to Chill” campaign of the mints brand Tic Tac.

Actor-singer Julian Trono is also “very particular” with his “mental stability,” especially now that he’s living alone. “It’s difficult because you can only connect with other people online. So, I tried to have constant communication with my family and friends, and kept myself sane by doing things that make me genuinely happy,” he said.

Online content creator and former MTV Pinoy VJ Aryanna Epperson agreed: “If I don’t feel like I’m in tiptop shape, I have a hard time doing anything. It’s normal to feel down and unproductive, but we also shouldn’t forget to take time out and rest.”

The past year put everyone on an emotional roller-coaster, to say the least. For Aryanna, the biggest challenge was moving out of her parents’ home.

“It was difficult dealing with homesickness and taking care of everything myself at home. It’s easy to feel overwhelmed with everything, but it has also been a great test of independence. Because of that, I have become more organized. And slowly, I have adjusted to juggling all my responsibilities,” she related.

As a performer, Christian lamented the absence of the live-music scene. “The most challenging part for me is the entertainment industry not having live shows. So now, I feel compelled to do lots of gaming, live streams or explore various online businesses,” he said.

Julian, on the other hand, is a very sociable person who’s at his most creative at night. The lockdown restrictions meant that he had to recalibrate his approach to work. “I’m used to being outside and socializing,” Julian said. “But I did grow creatively and as an individual … I tried to link up with different artists.”

But in times when everything becomes too much to bear, there’s no shame, they stressed, in hitting pause or taking a step back. “I do other things to distract me, to calm down and chill. And try to approach the problem again,” Christian said, adding that he stayed creative by writing songs, painting, even cooking and baking.

Same with Aryanna, who makes sure to take a breather when she feels like her worries are getting the better of her. “If I keep forcing myself to go on, I would just end up feeling worse,” she said. “After a long day, I love to unwind by cooking my favorite food, cozying up under a blanket and watching Netflix, or playing video games.”

Julian engages in activities that are totally unrelated with what’s happening around him. “I watch movies … get attached with the characters. I took up film, which has been a safe place for me,” he related. “I have been writing a lot, as well. I discovered my love for it in school. If I’m in a certain mood, I try to turn the ideas I write down into tracks.”

A fun, little online meetup with fellow celebrities once in a while also doesn’t hurt. Christian, Julian and Aryanna—along with social media influencer Aerial Garcia and sportscaster Martin Javier—recently took part in Tic Tac’s interactive livestream on Facebook, where they competed in a series of games and pop quizzes.

All things considered, Aryanna still hopes to set new goals for this year. “The best way for me to stay creative is to be consistent and to always plan ahead. My goals this year are to turn play into work, and work into play,” said Aryanna, who currently hosts live events and streams online games on Facebook.

Christian has been busy collaborating with other music artists and plans to release new songs in the coming months.

Julian is similarly focusing on music. “I explored different ideas and came up with tracks. Music is my three-year, five-year plan. My love for music has been growing more and more. The desire to discover new things is constantly there, and I don’t want to switch directions,” he said. “Hopefully, I can release more songs, and eventually, an album, if my plans align.” INQ