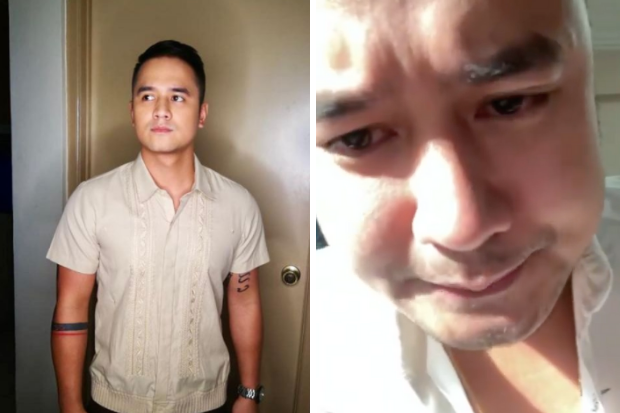 JM De Guzman disclosed he suffered from a panic attack while having fun during an online promo for “Init sa Magdamag” yesterday, April 16.

De Guzman on the same day took to Instagram to share a clip of his said attack in hopes of raising awareness on mental health disorders or illnesses.

“So [I] had a mild panic attack during our promo this afternoon. [Was] having fun, tapos bigla nalang umatake (then it suddenly attacked),” De Guzman shared.

“[My] handler @starmagic_portia [Portia Dimla Morales] asked me [kumusta] ako and [I can’t] type so [I] sent her this video,” he added.

(My handler, Portia Dimla Morales, asked me how I was and I couldn’t type so I sent her this video.)

In the said video, De Guzman can be seen clearly agitated and shaken as he looks into the camera, showing his trembling hand.

Quoting the non-profit American academic medical center Mayo Clinic, De Guzman explained that a panic attack is “a sudden episode of intense fear that triggers severe physical reactions when there is no real danger or apparent cause.”

“Panic attacks can be very frightening. When panic attacks occur, you might think you’re losing control, having a heart attack or even dying,” he added.

He then reminded others that “if you have this, remember, you’ll be ok.”

According to Mayo Clinic, a panic attack can be caused by several factors, namely: genetics; major stress; temperament that is more sensitive to stress or prone to negative emotions; and certain changes in the way parts of your brain function.

De Guzman has always been open regarding his panic disorder and anxiety. In one post in August 2020, he shared with fans that he copes with such attacks by soaking his face, head and hands into a basin of ice and by taking deep breaths.  /ra

JM De Guzman opens up on dealing with his panic disorder