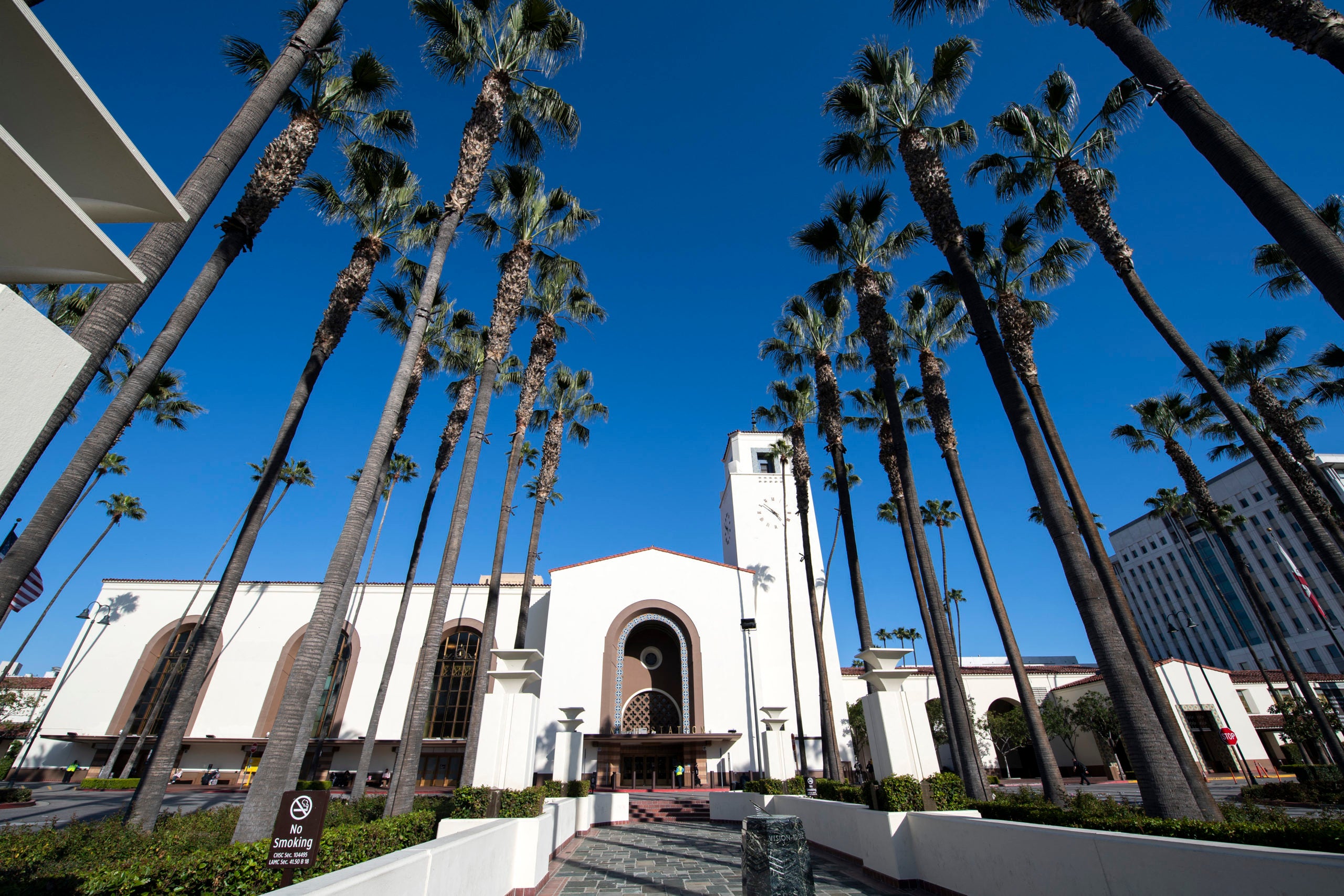 View of the main entrance of the Downtown Los Angeles Union Station on March 18, 2021, where part of the 2021 Oscars Ceremony will take place. – Academy president David Rubin confirmed this year’s Oscars would be broadcast from Los Angeles’ cavernous Union Station as well as its traditional Dolby Theatre home in Hollywood. (Photo by VALERIE MACON / AFP)

LOS ANGELES – Film lovers tired of tedious Zoom-based Hollywood awards shows can rejoice — producers of the glitzy in-person Oscars this month are bringing in the big guns, with Harrison Ford, Brad Pitt and Reese Witherspoon among an A-list lineup of presenters unveiled Monday.

The April 25 ceremony, to be primarily held at Union Station in downtown Los Angeles, comes as California accelerates its reopening after a year of Covid-19 closures, buoyed by a vast vaccination rollout, and will follow a glamorous “awards-show-as-a-movie” theme, the Academy said.

In a statement announcing the Oscars’ “truly stellar cast of stars,” the producers warned: “There’s so much wattage here, sunglasses may be required.”

Along with Ford and Witherspoon, presenters will include last year’s big acting winners Joaquin Phoenix, Renee Zellweger, Pitt and Laura Dern — along with South Korea’s Bong Joon-ho, who won best director and best picture with “Parasite.”

The 93rd Academy Awards, delayed by two months due to Covid-19, are being broadcast from Union Station and the Oscars’ traditional Hollywood base at the Dolby Theatre, where some live musical performances are expected to take place.

Venues in Britain and France will also be set up for international nominees unable to travel to Los Angeles.

Recent awards shows including February’s Golden Globes have been slammed for their heavy use of remote calling for nominees, particularly after Daniel Kaluuya briefly lost audio as he accepted his Globe for best supporting actor.

Oscars producers have spoken of their desire for a ceremony that “will look like a movie, not a television show,” promising a spectacular introduction and planning to film the proceedings in high-resolution, widescreen format.

Nominees have been urged to dress to the nines, with a warning from organizers that “formal is totally cool if you want to go there, but casual is really not.”

“Contagion” director Steven Soderbergh is among the pandemic-delayed show’s producers.