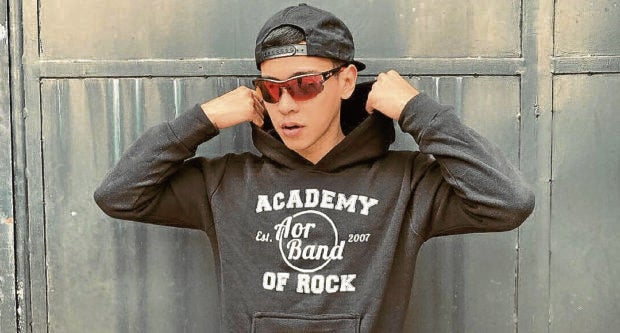 “I become calm, patient and cheerful because of him,” said actor Enchong Dee, who is convinced that his role as the young priest, Sebastian, in the family-oriented drama “Huwag Kang Mangamba” is actually “a blessing to me.”

“Father Seb is one of God’s (known in the series as ‘Bro’) soldiers. I consider him the bearer of Bro’s positive news to the people of Barangay Hermoso,” he told reporters recently. “I’m so lucky! His positivity rubs off on me. I imbibe his energy. In some situations, the old Enchong would have reacted negatively. Nabubwisit lang agad si Enchong.”

The pandemic, as well as the shutdown of ABS-CBN in July 2020, have caused hardship to a lot of people, especially to Enchong’s colleagues who lost their jobs. Enchong said that he was grateful to have invested what he earned in show biz through the years in other business ventures that’s why he wasn’t as financially affected as the others. “I guess that is also why I was able to look after other people, to focus my energy on them. I know that my situation is OK compared to some of them,” he pointed out.

These days, he is also busy producing content for his vlog. “I probably wouldn’t be as diligent and dedicated to it if not for the shutdown. I really take time to think of what to upload there. I put my heart and soul into every episode. It’s clear to me what I want to show and share with people,” he said.

The quality of his vlog has also improved, Enchong said. “I already have seven episodes waiting to be uploaded. I’m happy that my friends agreed to sit down with me to talk. I actually don’t call them interviews. To me, they’re more like conversations with people close to me. I will then interview all the cast members of ‘Huwag Kang Mangamba.’ Once I’m done with all of them, I’ll probably have episodes lined up for the rest of the year,” he quipped.