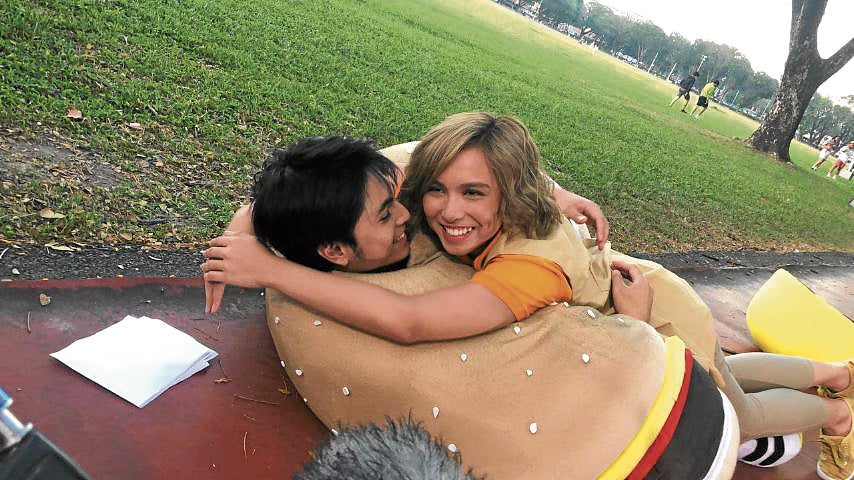 Three years after “Kambal, Karibal,” Miguel Tanfelix gets reunited with Kyline Alcantara in “Future,” the latest installment of the GMA 7 drama anthology “I Can See You.” And the actor was pleasantly surprised to find out that there are many fans who remain invested in their pairing.

“I’m happy that our supporters are still there. It means that the relationship we had built behind the cameras translates to what we do onscreen. What the people see from us on television is natural. We don’t need to pretend,” Miguel said in a recent virtual conference for the said show.

Despite past rumors linking them together, Miguel has never felt uncomfortable working with Kyline. “There’s no awkwardness with Ky, because we have known each other and worked together for so long. I know her personally: As an actress, she’s very talented and professional; and as a person, she’s always fun to be with … I feel at ease working with her,” said Miguel, who noted that he and Kyline have grown a lot since their previous project.

“She’s more mature now. We learn a lot of things from each other … we listen to each other,” he added.

In “#Future,” which currently airs weeknights on the Kapuso network, Miguel plays Vinchie, a segment producer and social media addict fueled by his obsession with likes and going viral.

One day, he stumbles upon and records a robbery incident. After getting footage, he quickly flees without helping the victim. Little did he know that his father, Elvin (Gabby Eigenmann), would come to the rescue shortly after, only to meet an untimely demise.

Months later, Vinchie unwittingly gains the ability to see the future on CCTV recordings. And one day, while going through footage, he witnesses an incident from the future and attempts to save the mysterious woman in it, Lara (Kyline).

More than a mystery plot, the series, Miguel said, also shows how social media affects people’s sense of worth.

“Sometimes, the standards we set for ourselves can become impossibly high because we see so many people posting about their seemingly perfect lives on social media. But we shouldn’t feel that way or get pressured because we don’t know what’s going in their lives behind the scenes,” he said.

While he loves using social media to interact with his fans, going viral is something he doesn’t see the need for.

“I don’t post for the sake of going viral. I just post about the things I like, the things I’m feeling. If you force it, you will lose authenticity—a quality people look for. And it’s something you don’t get when you fake things,” he said. 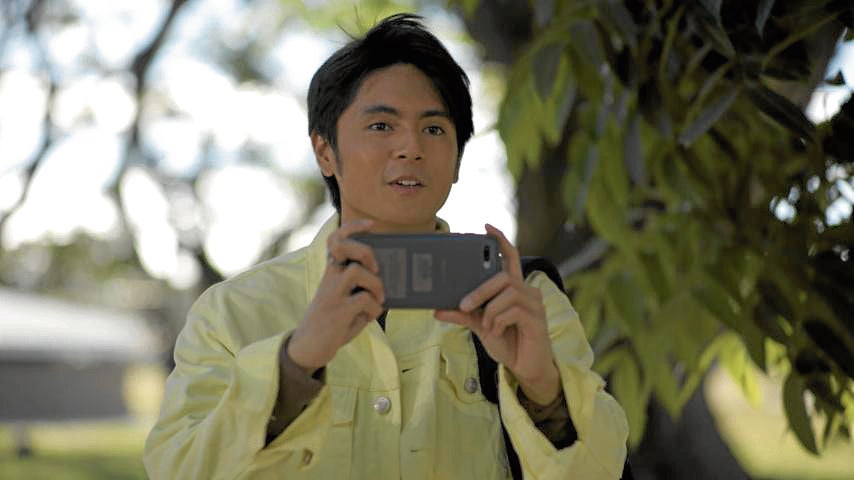 While the 22-year-old Kapuso actor remains tight-lipped about his love life, he did talk about what he looks for in a relationship.

“When I get into one, I think about what I can give, not what I can take from my partner. You have to be whole. You shouldn’t go looking for your missing pieces in your partner. Both of you should be whole—that’s how real growth starts,” he explained.

Besides, career remains his top priority, especially now that high-profile projects are coming his way. After “#Future,” Miguel is also set to star in the upcoming live action adaptation of “Voltes V.”

“I do feel pressure. But people around me always remind me that I wouldn’t get these offers for no reason. That’s what I use to fire me up and fuel my passion for my craft. I wake up feeling pumped up,” he said.

Working in a taping bubble is more challenging, Miguel observed, because the production no longer has the luxury of time. “Back then, if we don’t finish something within the day, we will just resume tomorrow. But we don’t now, so you have to be more disciplined when it comes to work,” he said. “You have to compute schedule because we’re only given a set amount of time to tape.”

“You have to shoot your scenes in succession. Paspasan. And that’s challenging as an actor,” he pointed out. “You don’t have much time to prepare, so you have to stay on your toes all the time.”

The limited number of crew members on set also means that actors are compelled to help the team with tasks that are usually outside their scope.

“You have more responsibilities. You have to take care of your own wardrobe and things. Tulungan,” he said. “There are now a lot of streaming sites available, so we have to work harder and put in more effort.”

But as challenging working amid the pandemic is, Miguel said he wouldn’t have it any other way. “It’s not just us who benefit from the shows; it’s the staff and crew, too. The shows provide jobs for us and allow us to put food on the table. It’s a blessing to be working now.”