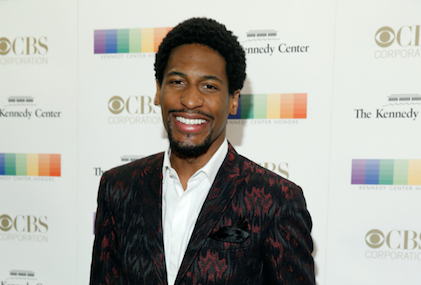 LONDON — American musician Jon Batiste says he was born to work on “Soul,” a hit Pixar animation about a Black music teacher, which has already won him a Golden Globe.

Along with fellow composers Trent Reznor and Atticus Ross, Batiste has also been nominated for an Oscar and BAFTA for the film’s score.

Sat at a piano in his New Jersey home, the 34-year-old, who was born into a well-known musical family in Louisiana, spoke to Reuters about “Soul” and his current awards season success.

Below are excerpts from the interview:

Q: How hard is it to do the music for an animation?

Batiste: It’s a very innovative process… there was no script ever throughout the whole process… Some scenes were scored before there was animation… And we were working with three composers. Everything about this whole process is so unusual. If you can imagine a pitch meeting where you say, “I want to make a movie that is about these existential questions of where the soul is from and where it goes when we pass away. And I want to have a middle-aged Black man be the lead and it’s animated and it’s got jazz…” just the range of what we did, I felt like I really was born to do that.

Q: You’ve just won a Golden Globe for “Soul”. How is this moment for you?

A: It’s great to represent something that I actually care about … and I think adds value to other people’s lives and get awards for that … I’ve always wanted to be as great as I possibly can be, working on the craft, developing as much as I possibly can, and not looking for any sort of rewards or recognition to motivate that. But to have that just adds such an inspiration and a fire to want to continue because it is resonating.

Q: If you win an Oscar and a BAFTA, will they go up on your piano with your Golden Globe?

Batiste: I might put it up there… I was thinking about that and once I get past this award season, I may just go back to my house in Kenner, Louisiana, and put all of the awards on the mantle with my trophy from high school basketball and from the piano competitions I did when I was 11. JB