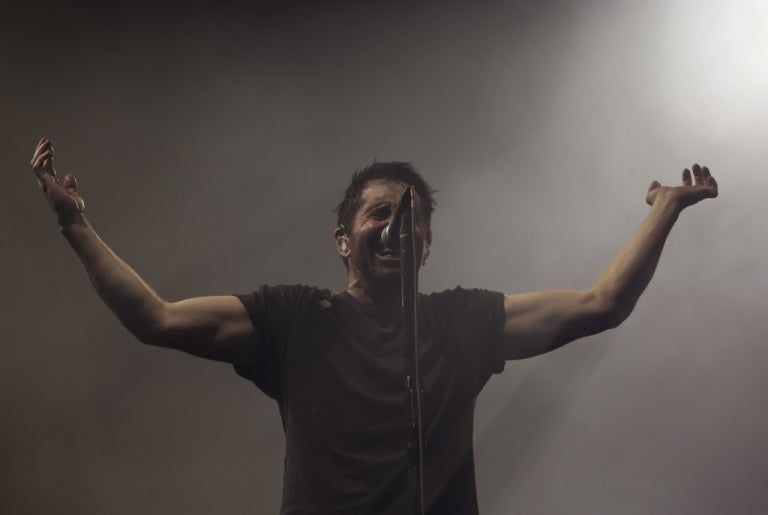 Bandmates Trent Reznor and Atticus Ross hinted that Nine Inch Nails is working on a new collaborative album, in a recent interview with Revolver magazine.

“We’ve got a list of people we like. And we thought, kind of playing on the newfound spirit of collaboration that scoring has forced us into, seeing what happens when we mix our DNA with some other people, with a no pressure environment. Let’s see what happens. If something good happens, then maybe the world can hear it. But if it doesn’t, we put it in the pile with the other …” Reznor revealed.

Details about the collection of collaborations are still scarce, although Renznor and Ross announced that Nine Inch Nails will hit the road in 2020 whether the album sees the light of day or not.

“We’re talking about doing some shows next year, maybe. Probably in the last half of the year,” Reznor said.

Besides hinting at new music material, the Nine Inch Nails frontman opened up about the success of Lil Nas X’s “Old Town Road”, for which he won a Country Music Association award last November.

While Reznor told Rolling Stone earlier this year that it felt “strange” at first to hear his music in “Old Town Road”, he added in the recent interview that the hit got stuck in his head.

“Now it’s made its way to where my kids are [playing] Just Dance 2020 and they’re performing aerobic workouts to ‘Old Town Road (Remix),'” he said.

In addition to having been featured in this year’s biggest hit, Reznor and Ross have been fairly busy these past twelve months.

They penned the instrumental score to HBO’s “Watchmen” TV series, whose third and final volume arrived a few days ago.

What’s more, the pair is working on the score to the new Pixar film “Soul” in which Jamie Foxx plays a middle-school music teacher who dreams of performing at New York jazz institution The Blue Note. JB