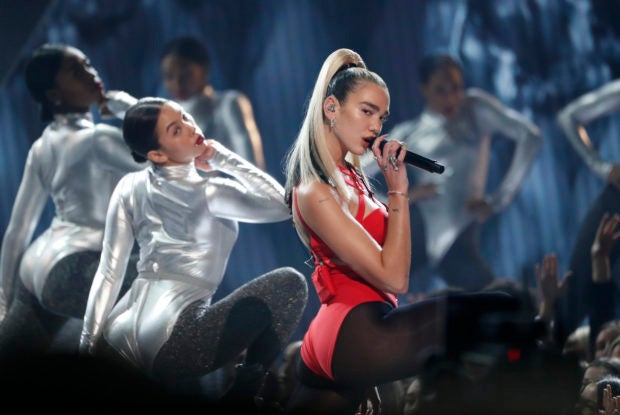 The three British women are all nominated in the female solo artist and album categories, with Lipa’s “Future Nostalgia,” Celeste’s “Not Your Muse” and Parks’ “Collapsed in Sunbeams” records recognized.

Chart-topper Lipa, who will perform at the May 11 ceremony in London, will also compete for British single for “Physical.”

Parks and Celeste will face off against DJ duo Bicep, DJ Joel Corry and rappers Young T & Bugsey for breakthrough artist. Corry also got three nods, including British single and male solo artist, among the nominations where dance and rap featured strongly.

Other contenders include “Lighter” by Nathan Dawe featuring KSI, Regard and Raye’s “Secrets,” “Rover” by S1mba featuring DTG and “Don’t Rush” by Young T and Bugsey featuring Headie One.

K-pop sensation BTS received their first BRIT nomination for international group, for which they will compete against Fontaines D.C., Foo Fighters, Haim and Run The Jewels. JB