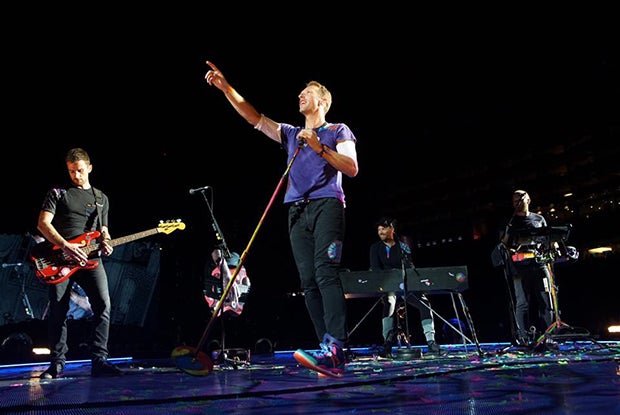 LONDON — Britain’s Glastonbury Festival will hold a livestream concert in May with performances by Coldplay, Haim and Michael Kiwanuka, organizers said on Wednesday, after its usual greenfield music event was canceled again due to the COVID-19 pandemic.

The five-hour show will take place on May 22 and be filmed across the festival’s Worthy Farm site in southwest England, from spots such as the Pyramid Field and the Stone Circle.

In January, organizers said Glastonbury, usually a huge greenfield music festival held in June, was canceled for a second year because of the pandemic.

“(The concert) will feature a rolling cast of artists and performers who have all given us enormous support by agreeing to take part in this event, showing the farm as you have never seen it,” co-organizer Emily Eavis said in a statement.

“There will also be some very special guest appearances and collaborations. We are hoping … that for one night only people all over the world will be able to join us on this journey through the farm together.”

Earlier this month, Eavis, the daughter of festival founder Michael Eavis, said they had applied for a license to hold a concert at the farm in September.

Other United Kingdom festivals have said they will hold live events later on in the summer after British Prime Minister Boris Johnson’s last month announced a phased roadmap out of lockdown. JB

WATCH: Coldplay relives childhood in video for ‘Champion of the World’