Who was Claire dela Fuente? 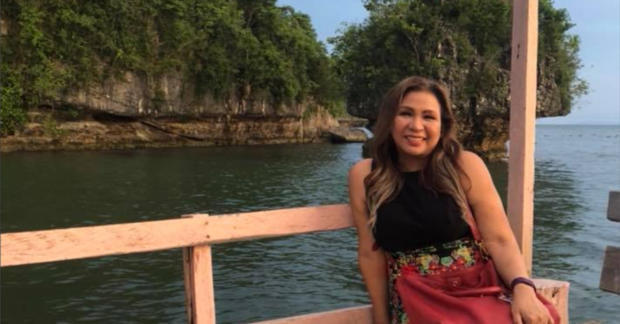 MANILA, Philippines — Claire dela Fuente, an OPM icon known for her jukebox hit “Sayang,” passed away today at 63 years old due to cardiac arrest, reportedly caused by stress from having contracted COVID-19.

Dela Fuente, admired by many for her sweet voice and other hit songs such as “Nakaw na Pag-Ibig” and “Minsan, Minsan,” was also known as an entrepreneur outside show business.

Here’s a look-back at the life and career of Claire dela Fuente.

Clarita Crisostomo dela Fuente, better known for her screen name Claire dela Fuente, was one of the most successful Filipino singers in the late 1970s.

She was only 15 when she rose to stardom after winning the grand prize in a singing contest.

Dela Fuente was discovered by composer George Canseco, who was a judge in the said contest, after she sang The Carpenters hit “Love Me for What I Am.”

She was later on dubbed as “The Karen Carpenter of the Philippines” for her voice which had a resemblance to that of the late American singer.

After catching Canseco’s attention, Dela Fuente, who was then a University of the East freshman, was asked to sing the jingle in a Hope cigarette commercial. She soon started recording her bestselling albums and hit songs.

Throughout her career as a singer, Dela Fuente was given the titles “Asia’s Sweetest Voice” and “Queen of Tagalog Songs.” She was also a “Jukebox Queen” along with fellow singers Imelda Papin, Eva Eugenio and Didith Reyes.

The singer did not confine herself in the entertainment industry. She decided to expand her career and ventured into the food business due to her love of good food.

According to a 2011 report by the Philippine Daily Inquirer, Dela Fuente’s passion for food and dining out was something she shared with her late husband, Moises de Guzman, who succumbed to cancer 14 years ago.

Dela Fuente’s grill and seafood restaurant was established along Macapagal Avenue in Pasay City. It later had other outlets in Ortigas, Pasig and the Mall of Asia.

In 2011, she also partnered with a Thai chef and a businesswoman from Davao City for their restaurant Asian Noodle Co. by Chef Off.

Dela Fuente continued to explore other fields as an entrepreneur. Aside from owning several restaurants, she also had a bus firm known as the Philippine Corinthian Liner Corporation (PCLC).

The PCLC is a domestic corporation engaged with transport and shuttle services, business carriers, and the manufacture and repair of vehicular parts and accessories.

Unfortunately, Dela Fuente faced sanctions issued by the court and the Land Transportation Franchising and Regulatory Board (LTFRB) over several problems in the past years.

Before those setbacks, however, she was elected as president of the Integrated Metro Bus Operators Association (IMBOA).

Dela Fuente was most recently seen and heard on television not for singing any of her hit songs but for defending her son, who was along with others accused of the death of flight attendant Christine Angela Dacera.

Earlier this year, Dela Fuente and her son Gregorio Angelo de Guzman appeared in a television interview after the police filed a provisional charge of rape with homicide against De Guzman and 10 others, tagged in the alleged rape-slay of Dacera. Dela Fuente asserted her son’s innocence, stressing that he is gay and could have not possibly done the crime.

The singer also had several social media posts that asked for support to fund the legal expenses of her son and the other accused in the said case.

Aside from Gregorio, Dela Fuente also has another son named Mickey. JB