PARIS – Arthouse directors and Hollywood royalty will converge on the French Riviera for two weeks from Wednesday as the Cannes Film Festival rolls out the red carpet for the giants and mavericks of the movie galaxy. 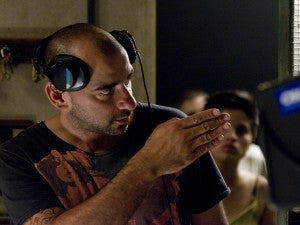 David Cronenberg, Ken Loach and Michael Haneke are among the 22 international film-makers vying for the Palme d’Or award at the 65th anniversary edition of the leading world cinema showcase which runs from May 16 to 27.

“Cannes is still the place to be if you’re in the movie world,” enthused the festival’s general delegate Thierry Fremaux, who cherry-picked the official selection – the Palme d’Or contenders plus 17 films in the new talent section “Un Certain Regard” – from almost 1,800 entries.

US director Wes Anderson will strike a joyous keynote with the opening film “Moonrise Kingdom”, a pre-teen elopment story whose star-packed cast includes Bruce Willis as a small-town cop.

American stories loom large throughout the line-up, though sometimes told by foreign directors, with films billed as bridging the gap between studio blockbusters and offbeat indie flicks.

“There used to be a culture of mainstream auteur cinema, of grown-up auteur cinema,” Fremaux said. “That’s the cinema we should be seeing again this year.”

Two US mavericks are in the running for Cannes gold: Lee Daniels’ keenly awaited “The Paperboy”, the tale of a reporter investigating a death-row case, and Jeff Nichols with surprise entry “Mud”, about two teenage boys and a fugitive.

In a quirky twist, Cronenberg’s son Brandon will be in Cannes too, showing his debut “Antiviral” in “Un Certain Regard.”

Spearheaded by Salles, Latin America makes a comeback with two films in the official selection, and half a dozen in Cannes’ two prestigious sidebar events Directors’ Fortnight and Critics’ Week.

World politics holds a slot in the Palme d’Or race with “After the Battle” by Egypt’s Yousry Nasrallah, about the Arab Spring, while French philosopher Bernard-Henri Levy shows an out-of-competition documentary on the Libyan war.

Feminists have criticized the lack of a single woman director in the Palme d’Or line-up, with just two – France’s Catherine Corsini and Sylvie Verheyde – in “Un Certain Regard”.

Three French filmmakers are racing for the top award: veteran Alain Resnais who returns at nearly 90, the edgy Leos Carax and Jacques Audiard who cast Cotillard as a killer-whale trainer hit by a tragedy in “Rust and Bone”.

Among other European giants hoping for Cannes glory, Austria’s Haneke will show “Amour” (Love) with French icon Isabelle Huppert as the daughter of a woman hit by a stroke.

Britain’s Loach returns for the 17th time with the comedy “The Angel’s Share”, about ex-offenders who turn to distilling whisky.

In the absence of Lars Von Trier – kicked out of last year’s festival after incendiary remarks about Hitler — fellow Dane Thomas Vinterberg injects a dose of icy Nordic drama with “The Hunt”.

Romania’s Cristian Mungiu, who scooped the 2007 Palme for a Communist-era abortion drama, returns with “Beyond the Hills” about two orphans.

And Palme-winning Iranian Abbas Kiarostami returns at 71 with “Like Someone in Love”, a Japan-set tale about a student who works as a prostitute.

Buzz-making films being screened out of competition include Philip Kaufman’s “Hemingway and Gellhorn”, with Kidman playing the writer’s war reporter third wife opposite Clive Owen.

“The Artist” star Berenice Bejo hosts the opening and closing ceremonies of the filmfest, which sees Cannes’ population triple to 200,000, with film buffs and professionals homing in on the competition and giant film market.

Paying tribute to the Hollywood legend 50 years after her death, Marilyn Monroe is the face of this year’s festival, which will mark its 65th birthday on May 20 with a fireworks display and lavish black-tie dinner for 700.