“I am willing to be led. I will go where you want me to go.”

These were the words that TV host Boy Abunda said he told Gerald Anderson minutes prior to their much-talked about interview, where the controversial actor finally broke his silence on his relationships with ex-beau Bea Alonzo and current flame Julia Barretto. 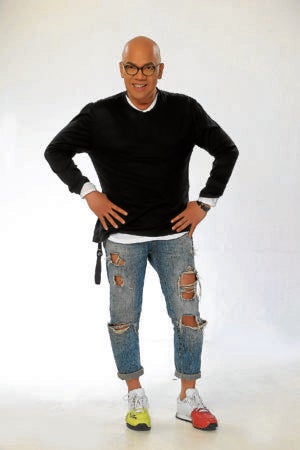 Boy swore that for the interview, which lasted for over an hour, neither Gerald nor their Kapamilya network bosses had set conditions. “When I was invited to that interview, we did some discussions but there were no mandatories. We didn’t know what we were going to talk about. Gerald and I had no understanding. I remembered, when I arrived, Gerald told me, ‘kamusta ka Tito Boy?’ and then asked what we were going to talk about. I told him that I would just listen to him,” Boy told reporters during a recent virtual media conference for his showbiz-oriented online talk show “The Best Talk.”

“Of course, prior to the meeting, I did my research. I stalked IG accounts. I was ready with the interview. There was no intent in asking the difficult questions, but I know that there were basic questions that people had wanted me to ask: Like the topic on ghosting (Bea) and on whether he and Julia are indeed dating,” Boy explained.

“I only asked these questions when Gerald showed me signs that he was ready to open up. When I asked what his state of mind was, Gerald immediately said he was living in gratitude despite his being the most controversial man in the whole country. Those were two important words: Gratitude and controversy. From there, I already knew where Gerald was taking me.”

However, Boy stressed that the interview was not just about Gerald’s controversial love life. “There were many other things. We talked about his mother, his career, his beginnings, a fan base that started with PBB. We discussed styles and techniques of acting. I was happy with that interview,” said Boy, who also interviewed Gerald’s “Init sa Magdamag” costars JM de Guzman and Yam Concepcion.

“I just realized that I missed the whole experience of being able to do an interview with someone who is in front of you and being able to see the nuances, the body language. I am grateful to Star Creatives and to all who made that possible,” he declared.

Also at the media conference, Boy was asked questions like, what would he wish to ask Julia in an interview (“Theoretically, I would like to ask a provocative question. I would probably ask her, ‘Julia given the chance to have a face-to-face conversation with Bea Alonzo, what would you tell her?”), as well as his opinion on whether Gerald’s admission of their relationship was a “career saver” or a “career killer” (“I wouldn’t be able to speak about the interview on the context of his career; but if I have anything to say about it, with that interview, Gerald, whether deliberately or unconsciously, set himself free”).

Boy was also commended for handling the interview with Gerald quite well.

Asked how he was getting by with working from home, Boy said he was already getting used to it. “Recently, I’m starting to go out for meetings. I’m beginning to feel restless after staying in the house for a year, but with this recent surge, I think we will all return to how we were like a year ago. I’m not complaining, though. I’m just saying that I’ve memorized all the nooks and crannies of my house,” he said, laughing. “What it taught me was that it’s possible to live with what we have. Kaya naman pala natin.”

When Inquirer Entertainment asked his thoughts on networks currently joining forces as a result of the ABS-CBN shutdown, Boy said, “It’s a wise move. We realized that at a certain point, the only way to survive is for us to get together.”

A number of popular Kapamilya programs are now being aired on TV5 and A2Z channels.

Boy then likened the situation to how he lived in his house for almost 20 years but never really knew his neighbors. “What we realized was that we needed to interact with others, to engage, to be more compassionate and friendly. These days, my neighbors and I would give ulam (dishes) to each other. We would talk about vaccines, food, and even jog together. That paradigm has shifted,” he declared.

“I think this is going to continue beyond the pandemic,” Boy said of the alliance among networks. “Nobody succeeds alone. I also realized that what happens to me can also affect others. The intersectionality of our lives has become clearer now. I’m definitely loving it.”

“The Best Talk,” now on its second season, is back on the Pinoy livestreaming app kumu every Sunday starting March 20 at 9 p.m., with simulcast on the Cinema One Facebook page and YouTube channel. Viewers may also catch its replays on Cinema One channel and TFC.