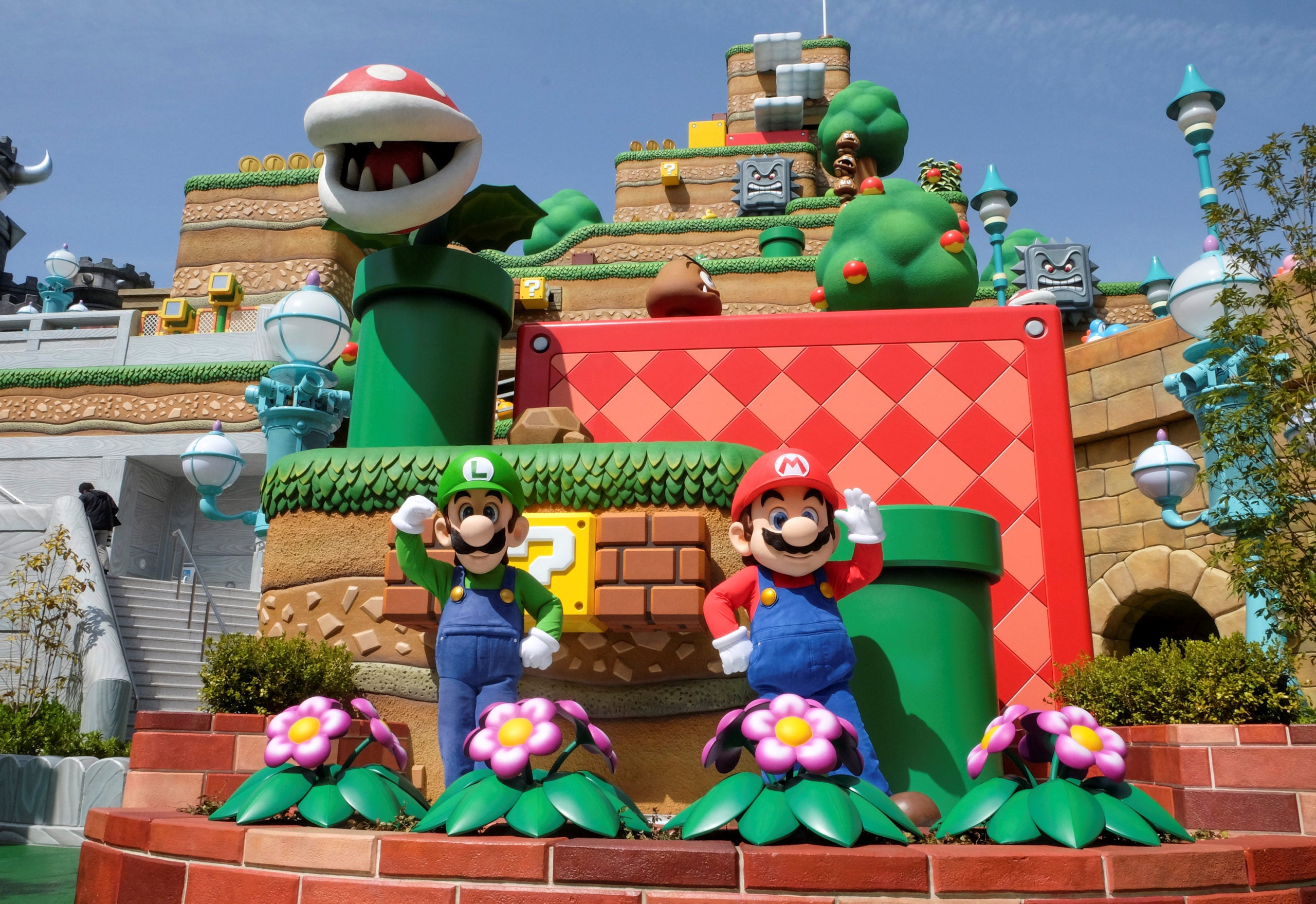 The addition in Osaka bulks up USJ’s roster of franchises, which include “Minions” and “Jurassic Park”, in its rivalry with Disney, with the moustachioed plumber also coming to other Universal parks worldwide.

At the attraction, whose opening was delayed repeatedly from last summer due to the COVID-19 pandemic, visitors can buy a $30 “power-up band” which syncs with the park’s app to rank them as they gather coins and defeat baddies.

The wristband draws on the interactive wands in the Harry Potter attraction and Nintendo’s tradition of tactile gaming gadgets and aims to capitalise on Mario’s generation-spanning appeal to drive repeat visits to the park.

The area’s opening is a reply to investors frustrated by Nintendo’s reluctance to more aggressively commercialize its fan base. The Kyoto-based firm’s Switch games console has proved a pandemic winner while a foray into mobile gaming has stalled.

Visitors formed a long queue to join Super Nintendo World’s technical rehearsal the day before opening. USJ is currently operating at reduced capacity and guests will need timed tickets to enter the area.