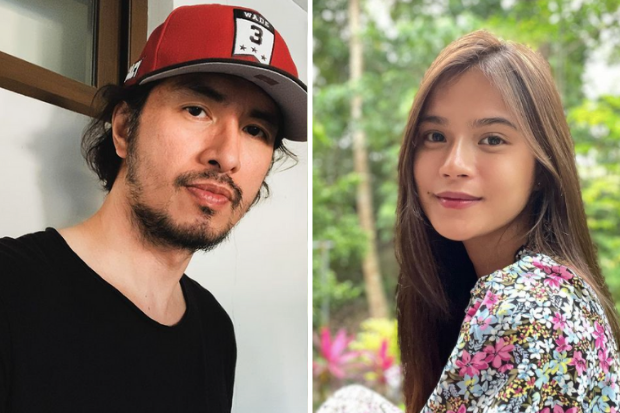 Rico Blanco and Maris Racal have been music collaborators over the years. Image: Instagram/@ricoblanco100, @mariesteller

A duet of Rico Blanco and Maris Racal—as well as a “love you” comment—has stirred intrigue about their relationship.

Racal greeted the Rivermaya frontman on his 48th birthday today, March 17, with a black-and-white photo of him and a video of them singing Aqualung’s “Brighter Than Sunshine,” as seen on Instagram.

The two are close to each other during the performance where Blanco plays the guitar. Racal leans in after they sing—and then they fist bump.

“Akala ko may kiss sa dulo (I thought there would be a kiss at the end),” director Antoinette Jadaone said in the comments section, which was filled with hearts and kilig reactions.

“Bat parang may chemistry (Why does it look like there is chemistry),” noted one @shekinahjane.

Even if they have yet to confirm a relationship, the two have received the support of fans.

“I know there is a big age gap but that Maris [IG] post for Rico Blanco had some chemistry there,” said @AltheyuhMoves on Twitter. Racal is 23 years old.

off topic sa fandom: uhhh I know there is a big age gap but that Maris ig post for Rico Blanco had some chemistry there. 😅
I come in peace! I think she is talented so maybe it is the musicality in it.

The two collaborated in 2019 on Racal’s song “Abot Langit.” She said their interaction happened after she made a fangirl tweet saying she hoped to meet Blanco one day. When she wrote in another tweet that she was looking for music collaborators, someone tagged the OPM icon and he responded.

The “Stay-in Love” star is part of Blanco’s label Balcony Entertainment, whose artists include Ebe Dancel and Never the Strangers.  /ra