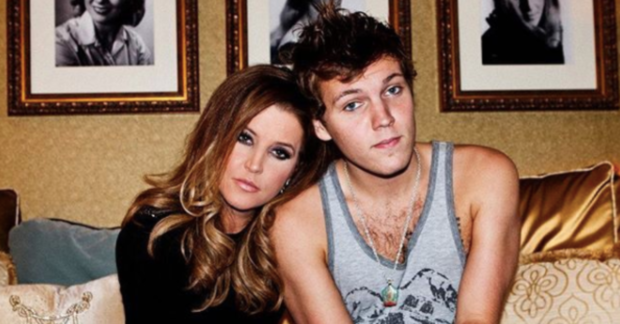 Lisa Marie Presley, Elvis Presley’s only child, is reportedly living with her ex-husband Danny Keough as they grieve together months after their son took his own life.

Lisa has not been seen outside of her California home since her 27-year-old son Benjamin Keough fatally shot himself. To cope with her loss, she found comfort in her ex-husband as they moved in together despite their divorce, an anonymous source told The Sun in an exclusive on March 12.

The pair was seen in Benjamin’s wake and have decided to live together in Lisa’s new home in Los Angeles.

“Danny has moved around a lot in the past but came back to be by Lisa’s side immediately when they were left devastated by Ben’s death, he was staying with her at the Beverly Hills Hotel,” the source revealed in the report. “It’s been an extraordinarily difficult time and he’s been a rock for Lisa.”

The source added that the two don’t appear to be romantically involved but became “very close again” as they never left the house in recent months while they mourn together.

The King of Rock and Roll’s only child was said to be inconsolable following her son’s death. An autopsy on Benjamin revealed that there were drugs and alcohol in his system at the time of his death.

Lisa filed for divorce in May 1994, after six years of marriage. She then married the King of Pop, Michael Jackson, only 20 days after the divorce was finalized; they divorced two years after. Dana Cruz/JB

The Department of Health (DOH) reminds the public, especially those who may have mental health issues, that they can contact the DOH’s 24/7 Hopeline to either help them unburden their emotional problems or to seek professional help. Hopeline can be reached via hotlines 804-HOPE (4673); 0917-558-HOPE (4673); or 2919 (toll-free number for Globe and TM subscribers).