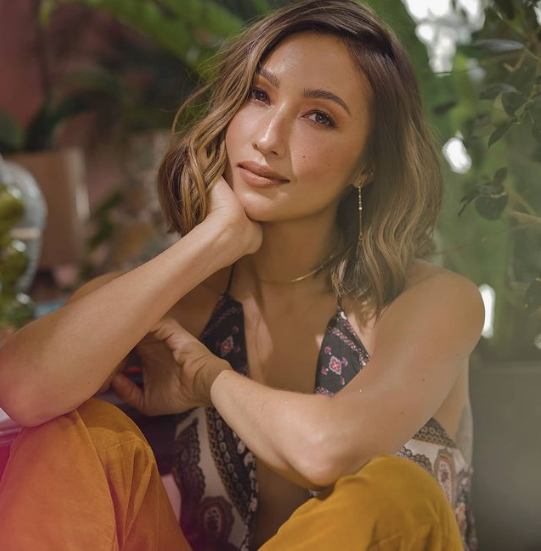 Solenn Heussaff recently explained the intentions of her photo with her artwork, which was criticized because her painting was set against the backdrop of an urban poor community.

The actress-artist said she understands where comments about her work came from during an interview with Julius Babao, as seen in a video on his YouTube channel last Monday, March 8.

She revealed that the painting is titled “Isang Salita” and is meant to show freedom or abundance. It is part of her third exhibit, “Kundiman,” which is set to launch in late March.

Heussaff explained that her exhibit is about environmental issues and that that was also her intention in putting the painting in the midst of a street. 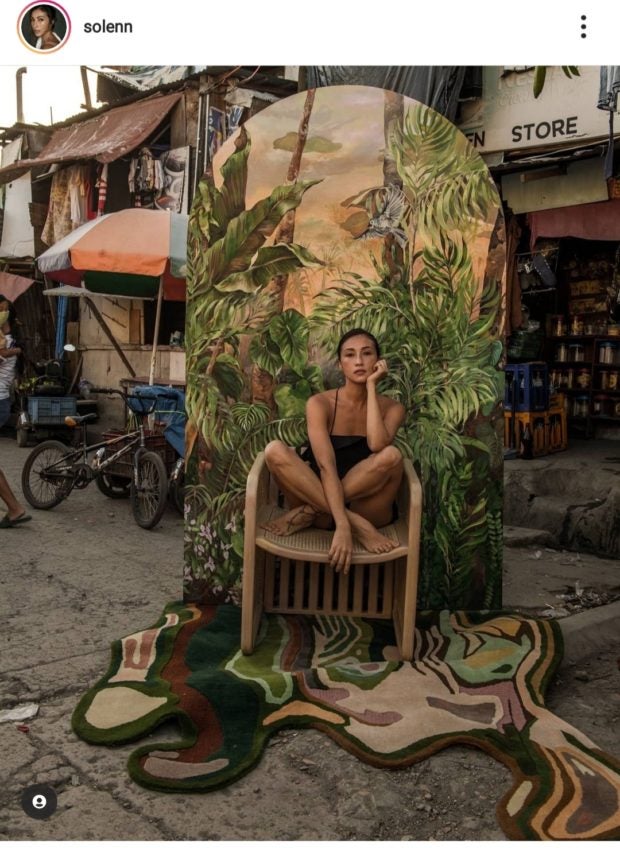 Solenn Heussaff’s artwork that turned controversial because of the backdrop. Image: Instagram/@solenn

“Iyong painting na iyan, may kasamang carpet (The painting has an accompanying carpet). The carpet is the painting melting into the ground,” she said.

“Ibig sabihin mawawala lahat na iyan (This means all that will be gone) if we don’t pay attention or if we don’t start doing something on our own. It starts with just one person ‘di ba (isn’t it)?”

“It’s not about me bringing awareness kasi alam naman ng lahat na may (because we all know that there are) environmental problems, issues, but what are we doing personally on our own or at home about the situation?”

“My whole point when I posted that photo, may idea ako sa utak ko (I had an idea in my mind). I didn’t see any other opinions so that was my mistake,” she stated.

“I guess people saw it in a different way and I wasn’t able to explain myself properly.”

She said she found the comments to be an “eye-opener” which is also why she apologized.

“But my whole purpose was to show na (that) life was so abundant before, before we started doing everything that we’re doing… There is still a way for us to reach that if we start [today],” she added.

Heussaff said initially she wanted to shoot the painting on Edsa, but deemed it impossible.

“Alam ko naman na I’m privileged, but hindi ibig sabihin na bobo ako or hindi ko alam kung ano iyong mangyayari (I know I am privileged, but that does not mean I am stupid or I do not know what will happen),” she said.

“So, it’s not because I’m privileged that I can’t care about the people I see every day.”

She told Babao that she paints Filipinos on the streets because that is her daily view when she’s in her car.

Her exhibit will run from March 26 to April 24 at Modeka Art gallery in Makati. Niña V. Guno /ra