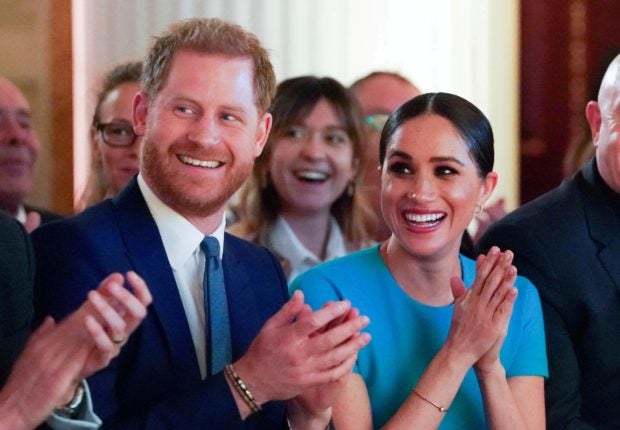 CBS said Sunday’s two-hour interview, in which Harry and Meghan accused the royal family of racism and of failing to protect them from negative media coverage, drew the biggest audience for any entertainment special since the Oscars telecast in February 2020, which was watched by 23.6 million viewers.

It was also the most-watched non Super Bowl event on a Sunday in prime time in over a year, CBS said. The National Football League’s Super Bowl regularly draws an audience of around 100 million and is the highest-rated TV event in the United States.

Sunday’s interview was the first given by the couple since they stepped back from the British royal family a year ago. Meghan spoke of feeling suicidal while Harry said his father, Prince Charles, had let him down.

The interview will be broadcast in Britain on Monday night. Buckingham Palace has yet to comment.

It dominated the conversation on social media, morning television shows and newspaper front pages on Monday in Britain and abroad.

The hashtag #HarryandMeghanonOprah was among the top five trending items worldwide on Twitter during and after the broadcast, while #Abolishthemonarchy was also buzzing, with 11,200 tweets.

The couple’s interview covered not just their tensions with the royal family but also Harry’s disgust at the conduct of the British press, particularly the tabloids.

Meghan and Harry’s revelations featured top in every British newspaper website, apart from the Financial Times, where it took a lower billing to the Bank of England governor.

By lunchtime in London, Mail Online had 24 stories on the couple on its website. Its print stable-mate The Mail on Sunday published an 11-page special in anticipation of the broadcast. It recently lost a privacy lawsuit with Meghan.

The Daily Express had more than 30 different stories online.

Much of the coverage centered on the dramatic moment when Meghan said her son Archie, who will be 2 years old in May, had been denied the title of prince because there were concerns within the royal family “about how dark his skin might be when he’s born.” JB