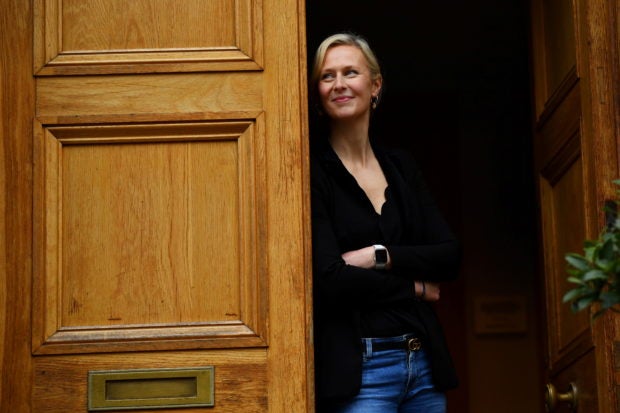 LONDON — Abbey Road Studios is opening its doors to women, hoping to inspire future generations of female artists, producers and engineers with a week-long festival of workshops.

The famed London recording studios launched its “Equalise” program on International Women’s Day 2020. This year’s edition is online, due to the COVID-19 pandemic, with participants offered classes on technical know-how, interactions with other music makers and guidance from industry leaders virtually.

“Five percent of music producers and engineers are women, which is abominably low,” Abbey Road Studios’ managing director, Isabel Garvey, told Reuters in the venue’s Studio Three, where Pink Floyd’s “The Dark Side of the Moon” and Amy Winehouse’s final tracks were recorded.

“This program that we’re running is shining a light on all of those characters behind the scenes and helping young women understand the opportunities.”

The program, which opened on March 1 and runs through International Women’s Day on March 8, features live masterclasses with leading female music industry figures and panel discussions with rising talent.

“It’s really important to have women doing production so younger women can aspire to be and see that you can achieve and do well in this side of the industry,” said Melle Brown, a music producer, DJ and radio host from London.

Garvey, 45, has been at the helm of the world’s oldest recording studio since 2014. Following what she describes as a “deep, dark history in finance,” she carved herself a career in music, rising to senior roles at major music labels.

“My entry into the music industry was quite serendipitous in that it was quite a random start in the industry,” she said.

“I joined … when digital was 1 or 2% of the business … Today we are over 65% digital … Living that transition was very interesting. It kind of created new roles with no preconception of who needed to be in those roles.”

“It never happened to me in my career to have a team of just females in the room: artists, producer, musician, songwriter,” Marta Di Nozzi, a senior runner at Abbey Road Studios, said of one festival session on making new music.

“It felt awesome and it’s for sure something I would love to do again.” JB