Nicole Scherzinger on singing ‘Pangako’: I’m not the best singer, but I’m going to give you all my heart and soul | Inquirer Entertainment
Close
menu
search

Nicole Scherzinger on singing ‘Pangako’: I’m not the best singer, but I’m going to give you all my heart and soul 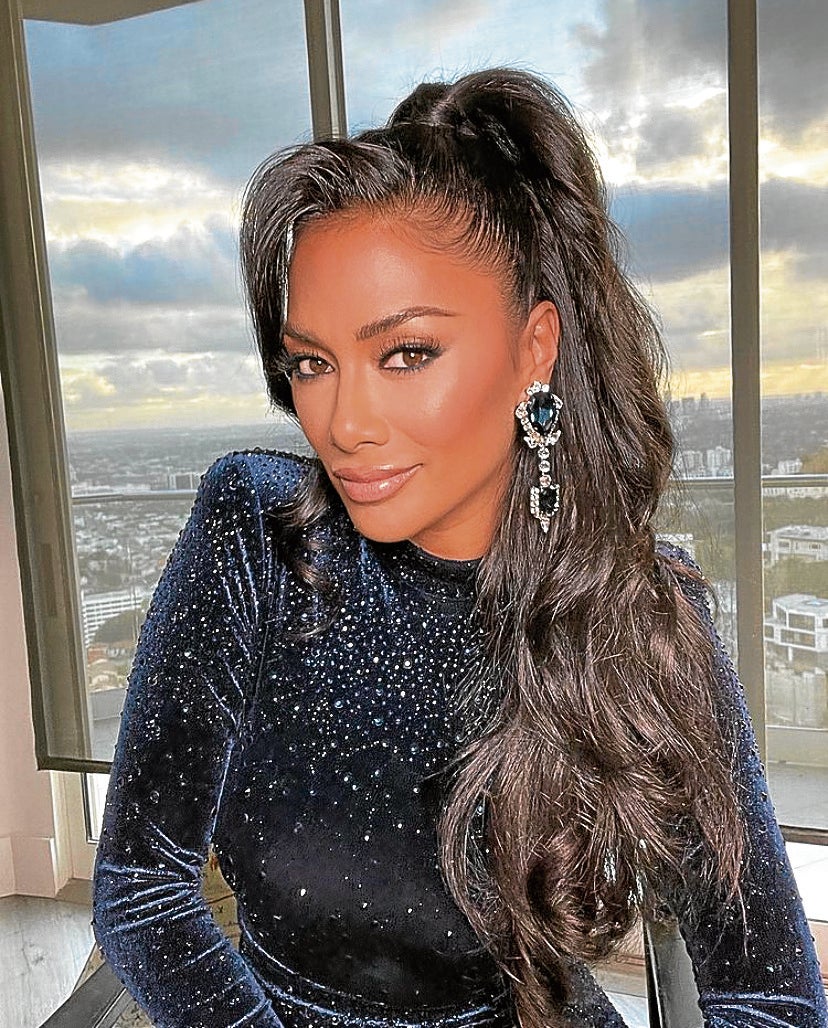 Recording a song in Tagalog has long been one of Nicole Scherzinger’s dreams. But though she doesn’t speak the language, the American pop star is known for her versatility and her ability to convey emotions through her singing. That’s what Nicole did in her rendition of the classic ballad “Pangako,” which is featured in “Kaibigan”—a compilation album produced by her friend and Filipino-American musical director Troy Laureta.

Looking at the comments section of the song’s official YouTube video, the words “soulful,” “expensive” and “emotional” were often used to describe Nicole’s performance. Filipino fans likewise praised her diction and pronunciation. “Her accent is barely noticeable,” a listener noted. “When I looked at the lyrics, I knew right away that it’s a beautiful, classic song. And one of my favorite parts is when it says, “I promise I won’t leave you,’” the former Pussycat Dolls lead singer related in a recent group interview arranged by Star Music. “I love the song’s sentiment. So it all came naturally to me.”

“It’s tough when you want to do something to the best of your ability and do [the song] justice because you want to sound like it’s second nature. But perhaps it’s in my blood, too,” said Nicole, who was born in Hawaii to a Filipino father and a Hawaiian-Ukrainian mother. “My family speaks Hawaiian, as well. I grew up learning Spanish. So I think that kind of helped me, too.”

But at the end of the day, the power of music is so great, she pointed out, that it ultimately transcends languages. “I believe that music speaks all languages. People feel music. Whether or not you speak Tagalog, when you listen to the song, it moves you and your soul,” she said. “Music connects us all.”

Troy asked Nicole to take part in this project last year. She didn’t think twice. “It’s an honor to be a part of it. I couldn’t wait to do it. The quarantine cleared out my schedules, anyway… I was gung ho about it. I knew my family was going to be really proud,” she said.

Before long, she was at Troy’s home studio. “It was just me, Troy and his sister. And we were basically in his bedroom. He had a setup with all the technology. He had the big screens… And then there was me, on the bed, singing,” she said, laughing. “But we made it work.”

Nicole was honored that Troy chose such a well-loved song for her to interpret. But with it came the responsibility of giving it a performance it deserved. “He chose this classic, which has a lot of heart and passion, so it was quite a responsibility to take on,” she said. “I always say that I’m not the best singer, but I’m going to give you all my heart and soul.”

But Nicole always enjoys a good power ballad. And Troy wanted to give her an “‘I Will Always Love You’ or ‘Don’t Cry for Me Argentina’ treatment” in his album. He got it. “A lot of people know me from Pussycat Dolls. But they don’t know that, in my heart’s heart, I just love to sing big ballads,” Nicole said. Maybe it’s the Filipino in her speaking. “You know, it’s in our blood, right? We love big songs,” added Nicole, who unbeknown to some people, is actually a classically trained singer who has performed in musicals, like the 2014 West End revival of “Cats.”

When working on a cover, it’s important, Troy said, to pay respect to the original and keep its integrity, whether it’s for a studio or a live arrangement. “I really want to keep a song’s essence and stay true to the original artist’s art, but also take it to 2021,” he said of working on his album, which also contains tracks featuring Jake Zyrus (“Usahay”) and Pia Toscano (“Kailangan Kita”).

And the meticulousness with which he handled the material didn’t go unnoticed by the song’s composer, Ogie Alcasid, and its original singer, Regine Velasquez. The couple had nothing but kind words for his and Nicole’s work. “It was surreal,” he said.

Regine’s approval also meant a lot to Nicole, who’s admittedly a fan of the Songbird. “When I listen to her and that voice, I’m like, ‘So … what else is there for me to do [with the song]?” she quipped. “But that really means a lot coming from her, because I have so much love and respect for her.”

The 42-year-old recording artist was supposed to fly to the Philippines last year for the Manila leg of her reunion tour with the Pussycat Dolls. And then COVID-19 wreaked havoc. But once the situation around the world eases up, Nicole said she would love to visit the country again.

“I can’t wait. I miss it. What I want more than anything else is to be onstage and singing as Filipinos love to do—that’s where many of us feel at home. But as soon as the world opens up, I will go out and put on the best show of my life and sing ‘Pangako’ for you,” she said.