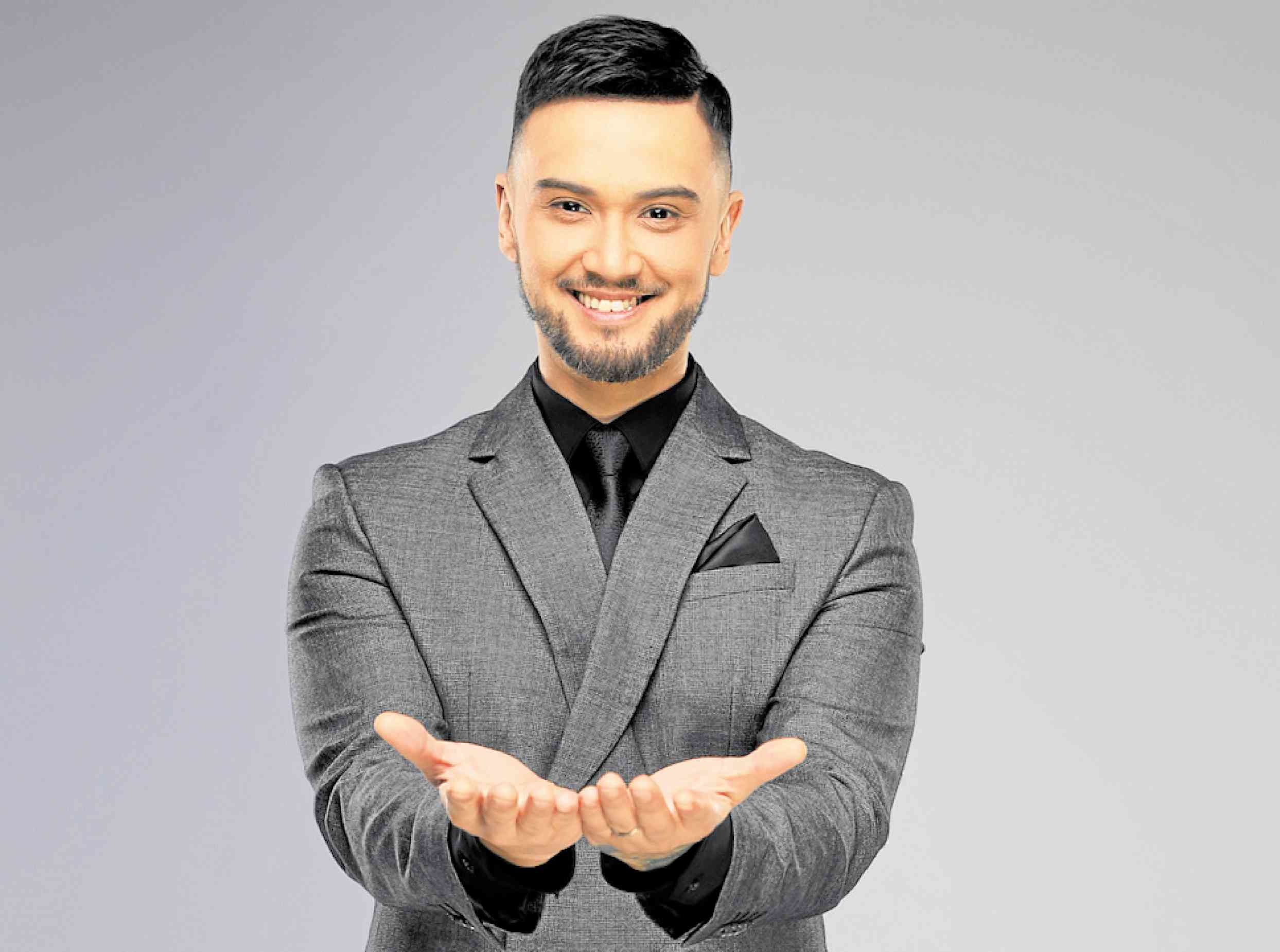 Singer-TV host Billy Crawford admitted that he once thought of packing his bags, selling his properties in the Philippines, and immigrating after he lost his job as a result of the pandemic lockdown and the shutdown of ABS-CBN.“2020 had been tough for most people. We had to climb or break through many walls. Like others, my family and I went through a lot, but the situation also worked to our advantage,” Billy told reporters during a virtual media conference to launch him as the host of the local version of the American game show “The Wall” on TV5.

“It was during the pandemic when my wife Coleen (Garcia, actress) gave birth to our baby, Amari. When we lost work as a result of the ABS-CBN shutdown, we sat down and discussed what we should do. Should we sell everything here and just live in another country? There were life decisions that we had to make at a time when it was difficult to have a positive outlook about life, especially with all the negativity that’s going on,” he continued.

“But the No. 1 thing I learned from that experience was to surrender everything to God and give Him your complete trust. We prayed so hard. We cried over the things that we needed to sacrifice in order to survive. Slowly, we are climbing above that wall,” Billy declared.

In September 2020, TV5 announced Billy’s transfer from the Kapamilya network as well as his first hosting gig as a Kapatid: the reality singing competition “The Masked Singer Pilipinas.”

When he reposted TV5’s announcement on his social media account, Billy also explained that the transfer was really “for my family.” He said so as a reaction to a comment posted by one of his followers.

Just like “The Wall Philippines,” the singing contest that aired in October 2020 was produced by Viva Entertainment, which now manages Billy’s show biz career. After being handled by Star Magic for 12 years, Billy transferred to Viva Artist Agency (VVA) in January 2018. Coleen followed in February 2019. Billy is also currently a host of TV5’s noontime program “Lunch Out Loud,” produced by Brightlight Entertainment.

These days, Billy said he was “just really thankful. I have shows on TV5. I have Brightlight Entertainment. This is where I planted the seed that my father gave me when I was little. He said there’s no such thing as problems because all the challenges that come our way have solutions. Despite the pandemic, we have to look forward. I know that I have to do what’s right for my family. That’s why I chose to stay,” he added.

“Things are OK,” Billy declared. “I’m happy. I wake up in the morning with a smile on my face. I don’t sit around idle, scratching my head, thinking of what I would do tomorrow or next week. I follow a schedule. I have a lot of things to look forward to now. You can just imagine how driven I am now that Coleen and I have Amari in our life,” the 38-year-old said.

Billy said his and Coleen’s perspective in life has completely changed. “Coleen and Amari are my priority now. With the work schedule I keep, it’s safe enough for me to wake up at 4 a.m. to cater to Amari so Coleen can sleep. When I leave for work, Amari goes back to Coleen’s care. Coleen is not by herself here—we’re both in it together, although she devotes more of her time to the baby. It’s a treat for me to come home and play with our son. It distresses me. With just one smile from him, all the aches and pains disappear,” the proud dad said.

As to the question of how much he has grown as a TV host, Billy answered: “I will never forget my first hosting gig in ABS-CBN. It was ‘Pinoy Dream Academy Season 2.’ From there I’ve branched out to other programs, mostly with Luis (Manzano). Working on every single show would change me. I’d become more mature,” he explained.

“I realized that for ‘The Wall,’ I had to change my hosting technique became I’m by myself and two people are playing. Everything really depends on the kind of program you are hosting,” he added. “If it’s a noontime show, you have to have high energy. You have to be happy and perky. But for ‘The Wall,’ I need to drive out the emotions of the contestants. I need to make them laugh, cry, and even feel nervous, sometimes.”

“The Wall Philippines” is like a giant pachinko game with a twist. The goal is to get as many correct answers in order to get a green ball, which has a corresponding point that would add to the total pot money. A wrong answer gets you a red ball, which deducts points. The game is played by two players with a close familiarity. They work as a team to bank as much money as they can by answering a series of questions. The third round is the “decision round,” where drama and hilarity ensue.

“It’s a game of trust because the contestant will not be able to hear or see his partner who is inside the isolation room. What he just needs to do is keep answering the questions correctly. He will know the result [whether or not they will bring the P12-million jackpot] only at the end. The ideal players here are married couples, exes, and magjowa. Walang sisihan!” Billy explained.

“The Wall Philippines,” a coproduction of TV5 and Viva Entertainment, is set to premiere on March 13, at 6 p.m.