Andre Paras happy with show-biz career, but still not giving up on basketball dream 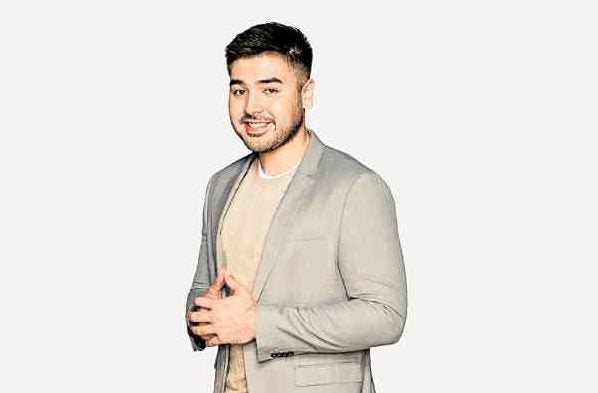 One of the mottos Andre Paras lives by is “chasing your own happiness.”

In his case, he finds it in show biz and basketball, which he has been juggling for most of his career. Though Andre consistently books projects on television, his desire to become a professional player remains strong, as shown by his application to this year’s PBA draft.

“Do whatever makes you happy. Acting and hosting do that for me. Basketball does that for me. At this point, I can do both at the same time, so I have no reason to choose one yet,” he said in a video conference for GTV’s weekly game show “Game of the Gens,” which he cohosts with Sef Cadayona. The 25-year-old actor, who had played for the University of the Philippines, San Beda College, AMA and the PBA’s D-League, is keeping his fingers crossed for the draft, which will take place this March 14. But regardless of the outcome, Andre will continue to pursue his show biz commitments.

“Hopefully, all goes well para tuloy-tuloy na. But I won’t leave this (show biz),” said Andre, son of two-time PBA MVP Benjie Paras and elder brother of UP Fighting Maroons star Kobe Paras. “GMA 7 has been supportive of my decisions. I’m grateful because I still have time to tape and train. So I enjoy the best of both worlds.”

However, Andre admitted that his tone could change, depending on how things pan out in the future. “But there might come a time when I really have to choose. And I don’t know the answer yet. I guess we will just have to see. One day when you turn on your television, you might see me on the court. If not, I will be in shows. That’s how you will know the answer.”

“Game of the Gens,” which airs Sunday evenings, mixes singing, dancing and games. It pits two teams composed of contenders from different generations—Baby Boomers, Gen X, Millennials and Gen Z. They have to work together as they get quizzed on their knowledge of the evolution of pop culture, music, fashion and other trends.

This concept is something Andre finds interesting, because he loves drawing inspirations from different pop culture eras when it comes to the music he listens to or the clothes he wears.

“Fashion-wise, I don’t go for trends. I always mix and match things from the ‘80s and the ‘90s. That’s what I love doing. I love researching about different generations’ pop culture references. I try to be as open-minded when it comes to expressing myself, and not box myself in just one category or era,” he told the Inquirer.

He observed that the program can be heartwarming for the older generation, who gets to relive and reminisce about the things they enjoyed growing up. “They see that trends simply go in cycles. It must be nice for them to see that kids today enjoy similar things. They get to relive their youth,” he pointed out.

Does he feel the generational gap between him and his father? “Only when it comes to technology. My dad still can’t use Zoom by himself. Admitting people, creating IDs—he can’t do that!” he said, laughing. “I’m like, ‘My gosh, dad, please don’t get old on me! You can do it! Kaya pa ‘yan!”

Andre relishes hosting stints, he said, because he gets to be spontaneous and show more of his personality. “When Sef and I are on television, we’re usually following scripts and portraying different characters. But in hosting, people see who we are as individuals,” Andre said. “We can play around onstage. We’re not too hung up on memorizing lines, because the fun happens when you allow space for ad libs or spontaneity.”

Andre looks up to Jose Manalo and Wally Bayola as some of his hosting idols. “They do comedy, but they can be serious, too,” he said. “It would be an honor to work with them and see how they do their craft. They don’t have to try hard. They just get to be themselves, and it’s their genuineness that endear them to people.”