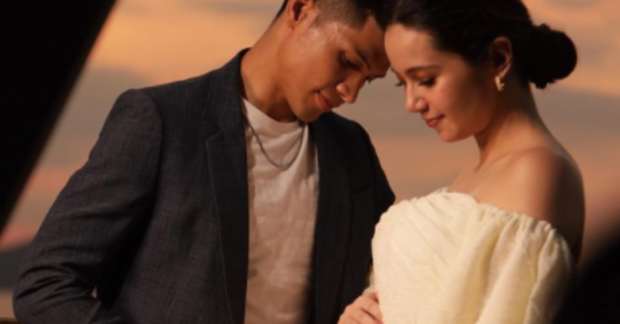 Sophie Albert and Vin Abrenica are expecting a baby girl as their first child, they announced via two gender-reveal parties held for their families.

The couple shared clips from the celebrations through a vlog they uploaded on their YouTube channel Vin & Sophie on Feb. 27.

Albert shared that as they regularly celebrate Thanksgiving, they hit two birds with one stone when her mother decided to hold one of the gender-reveal celebrations on the holiday as well.

On why they had to hold two get-togethers for the reveal, the couple said, “As much as we would have all wanted to be together, we had [two] separate [get-togethers] for the Reyes family (Albert’s real surname) and the Abrenica family, to keep everyone safe.”

They added that these were “very different celebrations but both equally fun!”

The reveal of the baby’s sex came just around two weeks after Albert and Abrenica announced that they are expecting their first child together.

The two first met on the reality show “Artista Academy” back in 2012. They have been together for around eight years and just moved in together last month. JB

Read Next
Broadcaster Doris Bigornia’s heart surgery a success, says daughter
EDITORS' PICK
Tired of your Wi-Fi signal problems at home? Here’s a solution!
POVA x Mobile Legends Bang Bang: A partnership that’s built to win
Infants bundled off; no one hurt in PGH fire
OPINION: Mischief Reef – where it all started
Must-know scams to avoid when buying cars
Fire-damaged PGH calls for donations
MOST READ
Leonen impeachment case moves forward in House
Hot, humid weather for PH on Monday — Pagasa
Mischief Reef – where it all started
Woman believed to be dead wakes up minutes before her cremation
Follow @IBiongINQ on Twitter
Don't miss out on the latest news and information.