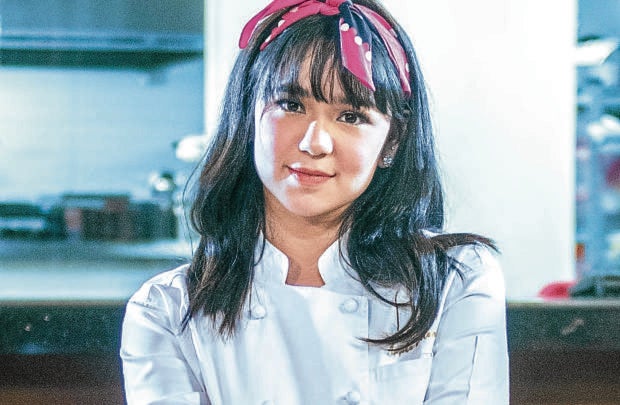 While her show-biz career is on the upswing, Mikee Quintos, who’s currently topbilling a primetime series, still hopes to earn a degree in architecture.

“I was already studying architecture when I entered show biz. That’s the path I would have taken if it weren’t for acting. But I still want to pursue that because I know that being an actress isn’t forever,” the Kapuso talent told the Inquirer in a virtual conference for “The Lost Recipe.”

Mikee, a University of Santo Tomas student, has had to juggle her studies and career since 2016. She had to take a break in 2019 after being cast in the Alden Richards-starrer “The Gift.” Fortunately, she was able to enroll last year.

“I hope to finish my course. If there are no forthcoming projects after ‘The Lost Recipe,” I will focus more on school. I have about three or four more semesters to go,” related Mikee, whose classes are done via online programs, because of the COVID-19 pandemic.

Another goal of hers this year is making music. “I want to release songs I have written,” she said.

The downtime Mikee had during the lockdown compelled her to reassess her future. “I’ve learned to manage my priorities. I now see every opportunity that comes my way as a chance to grow, so I shouldn’t be afraid,” she said.

But having said that, Mikee can’t wait for the situation to go back to normal. “There are a lot in store for our family. My eldest sister is getting married, our youngest is turning 18. I hope things turn OK soon, so we can celebrate these milestones,” she said.

In “The Lost Recipe,” the fantasy-romance series on GTV (formerly GMA News TV), Mikee plays Apple, an aspiring chef who finds herself working for Harvey (Kelvin Miranda—a failed chef who time-traveled to the past and stole a famous recipe in hopes of rebuilding the culinary empire of his family.

“When I first started, I thought my path would be romantic comedy. But then I was put in projects that were on the heavy side,” she recalled adding that, of all the characters she has played, Apple is probably the one she relates to the most.

“I was excited because her personality is close to how I actually am in real life,” said Mikee, whose past programs like “Onanay” and “Sirkus” focused more on family values.

During the lockdown, one of the things Mikee did to entertain herself was watch K-dramas. And so she found herself wishing to do a show with a similar vibe. “That’s why I was excited when I received the offer. It was such a surprise and blessing,” Mikee said.

As for her leading man, Mikee admitted that she used to find Kelvin a little aloof. But that changed once they started working.

“Before our taping, my first impression of him was that he was masungit and that he had walls. So I responded by putting up my own walls. But I realized that we just have different ways of expressing ourselves. I’m just makulit and talkative,” she said.

Returning to work after a long break was difficult, because she found it harder to access her emotions. “It was easier prior to the pandemic. But the pandemic put us in survival mode: I can’t be stressed. I guess I stayed in that place for a time,” she said.

Being a show’s lead star comes with the weight of expectations, but Mikee would rather take it as a challenge. “I’m just focused on doing my job the best I can,” she said. INQ