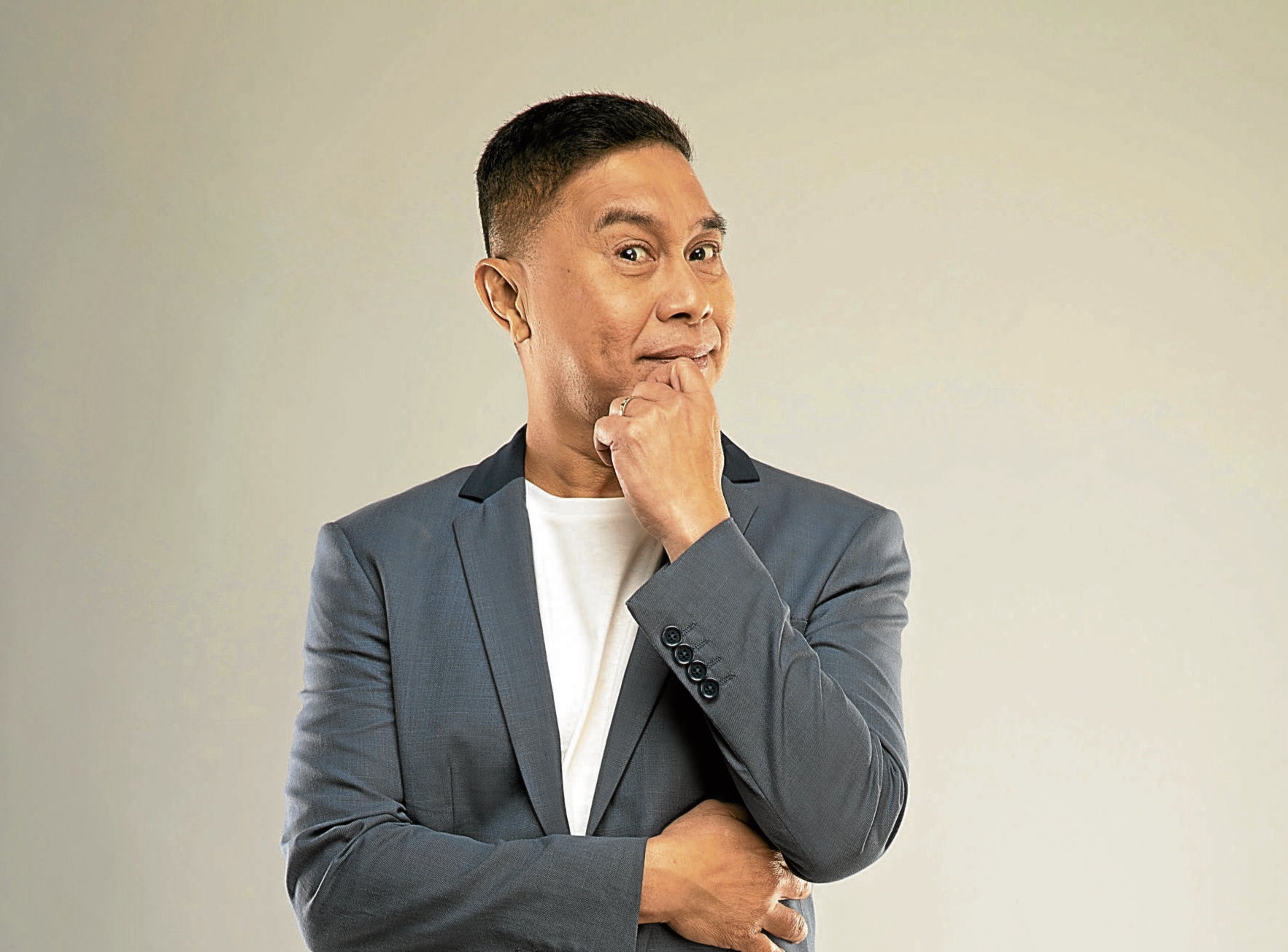 That’s one of Jose Manalo’s constant reminders to his son Benj Manalo, who recently married his girlfriend of six years, Lovely Abella. “It’s better to serve the one you love—not the other way around. That’s what I always tell him,” Jose related at a recent virtual conference for GMA 7’s newest reality game show, “Catch Me Out Philippines.”

Benj and Lovely, who have been in a relationship for six years, tied the knot in an intimate, garden-themed ceremony last Jan. 23.

“Before their wedding, he called me and asked for my blessing. And I told him that at his age he already knows how these things work. After all, he has already had his fair share of lectures from me. Mahilig kasi akong mangaral kahit minsan ‘di ko mapangaralan ang sarili ko,” he said. “But of course, when it’s your child involved, you do the best you can.”

What his sons want to prove and do in their lives is something the 54-year-old television host respects.

“I know that he took that step because he’s already confident in his decision,” Jose said. “I told him to always protect his family, love his wife and be patient. And they have to sustain that.”Best wishes

He also had nothing but good words for Lovely. “I have already worked with her, so I got to know her,” he said. “I just want to wish them good luck in their lives, careers and chosen paths. I wish them more blessings.”

“Catch Me Out,” which airs Saturdays at 7:15 p.m., is a UK-based game show, which will have two amateur contenders going through weeks of intensive training with mentors on a particular activity such as beatboxing or aerial silk dancing.

After which, they go onstage and try to trick the audience and celebrity “catchers” into thinking that they’re professionals. The imposter who dupes the most people wins. Jose will be joined by cohosts Kakai Bautista and Derrick Monasterio.

While Jose has already hosted numerous game and variety shows, everyone is still different, he said. That’s especially true when working with new people.

How did he build rapport with Kakai and Derrick? “You have to gauge what kind of jokes they prefer. In Derrick’s case, I had a chat with him and tried to observe which topics he connected with the most,” Jose related, adding that hosting is always a give-and-take process.

“You also get ideas from them,” he said. “If you sense that they’re trying to … [make] a punchline, wait for them, or help them get there. I don’t cut them. After they throw their punchline, then I can open a new topic… Bigayan, pakiramdaman.”

Despite the pandemic, Jose is thankful that projects continue to come in. “There was a break. But thankfully, I got back to work. In these times, I’m not yearning for rest so much. We need to work,” stressed Jose, who currently hosts “Eat Bulaga!” on GMA 7 and “Fill in the Bank” on TV5.

Admittedly, making people laugh can be a challenge when the people on the set are nervous or stressed. “At first it was difficult, because you’re not sure how everyone is feeling. Is everyone in sync with each other? Of course we’re wary of getting sick,” Jose said. “But you can’t let that affect your work. And that applies not only to hosts, but all performers.”

Jose is no stranger to performing with a heavy heart. “Before I go up onstage I pray, ‘Please take away my problems for a while; I need to make people happy,” he related. “But once I see people laughing, that helps fuel me. It makes us happy, too. You draw energy from the people.”