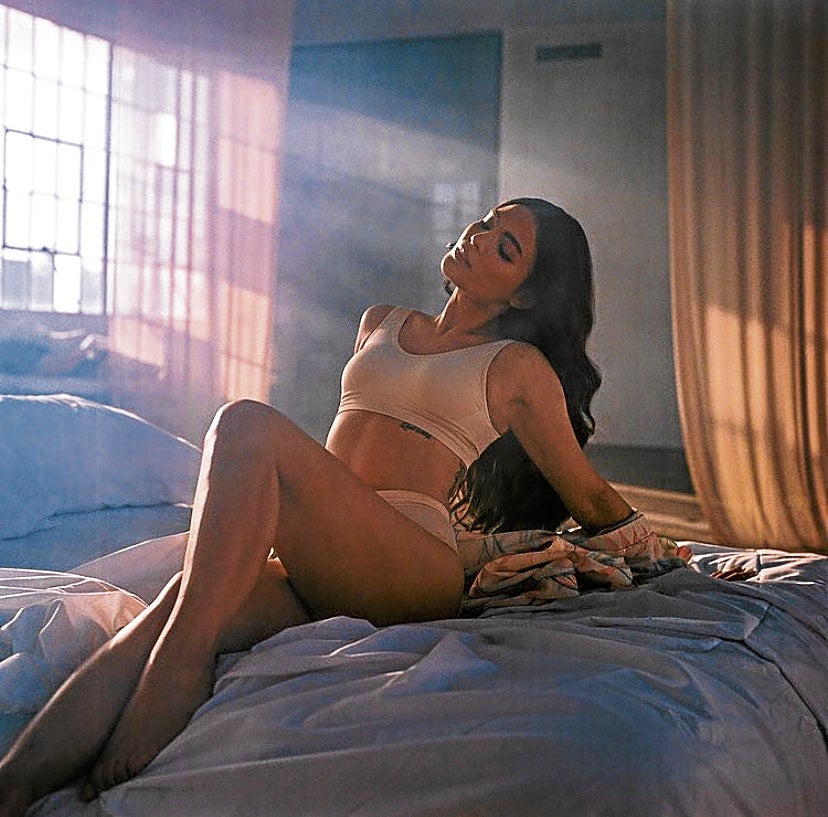 But somewhere along the way, she found herself getting drawn more and more into acting. Now, with a new single out, the actress feels it’s high time to revisit her roots and rediscover the joys of singing.

Her latest song, “Under,” was recorded and released under the Los Angeles-based label VIM Entertainment, and will be part of her upcoming EP in May.

“Honestly, this is so nerve-wracking. Singing was what I originally planned to do when I first entered show biz. However, I ended up being more of an actress. But now that I’m about to do it again, I’m starting to get butterflies in my stomach,” she told the Inquirer in a virtual conference.

While she didn’t stop putting out singles entirely, they were few and far between, and were usually used for her movies or other acting projects. In fact, the last time she released a proper album or a compilation was way back in 2008.

“It’s like going back to your first love, to someone you loved before and then rekindling the relationship,” she said of her return to music. “It’s the kind of feeling.”

Because it has been quite a while since she took music seriously, Lovi admitted that she lost some of her confidence.

“Acting did become my priority and I really devoted my time to it. Back then, I used to sing a lot in school, onstage. But now I get shy,” Lovi said. “Things are different. But slowly, I feel like I’m regaining my confidence and I’m excited again.”

For “Under”—a synth-laden pop song about being under a lover’s influence and spell—Lovi collaborated with American producers KrisKeyz, Bob Robinson and Grammy Award winner Omen during her recent stay in Los Angeles. It was then recorded at musician Austin Ward’s studio in West Hollywood.

“The opportunity just came up when I was there,” she said.

Lovi was especially proud of the material they came up with, because she was closely involved in the creative process.

“I wrote a lot of songs and it was a nice and good experience. Typically, I would write poems and then we put music on it. But this time, the music came first and then I was asked to freestyle over it,” she recalled.

“Austin, who’s so good, asked me to do it. I didn’t know what to say at first. Then I just started talking about how I was feeling, what was in my heart. Eventually, we were able to make a song out of that session,” added the Kapuso star, who also shot an accompanying music video with director Jessica Fee, also in Los Angeles.

Aside from recording new music, Lovi also hopes to return onstage and do concerts—once the situation finally permits them, of course.

“Why not? It’s something I have always loved doing,” she said.

That doesn’t mean she will be lying low from acting, though. Lovi is set to star in two upcoming movies, one with Viva Films and the other with Regal Entertainment.

“I can’t really talk about it much or reveal the genres. But they’re very different. And I’m hands-on, I’m having discussions with the director and writers,” she said.

Lovi is also one of the leads of the new GMA 7 prime-time drama series “Owe My Love,” which pairs her with Benjamin Alves.

She plays Sensen, a girl who quits nursing school and takes on various odd jobs to keep her family’s finances afloat. As she pays for her father’s debts and sibling’s mounting hospital bills, she finds herself indebted to Doc Migs (Benjamin), who makes her take care of his grandfather who has dementia.

The show teaches, among other things, financial literacy—something that has become even more important now that there’s a pandemic.

“Know your priorities. I’m going through this process myself, because my priorities have been changing this past year. You have to regroup and know what’s on the top of your list and make sure that you spend your money only on what’s important,” Lovi said. “I won’t think twice if I have to buy something for my friends for loved ones. But if it’s something for myself, I get second thoughts.”

“Of course, you also want to enjoy what you earn, what you’re working hard for. After all we don’t live just to pay the bills. It’s about knowing the right balance,” Lovi added.