With GMA News TV continuing to expand its scope beyond news and public affairs, GMA 7 executives saw it fit to rebrand the channel and change it into GTV.

“The audience, especially in these times, are looking for more variety. While we’re retaining the news programs of GMA News TV, we have started adding a lot of other shows in entertainment and sports. There’s now more variety, that name wouldn’t be apt anymore,” Annette Gozon-Valdes, GMA Films president and programming consultant to the GMA chair, said in a virtual conference.

Thus, aside from the staple news shows of the old GMA News TV, like the evening newscast “State of the Nation,” GTV has beefed up its entertainment lineup with new offerings, including the fantasy-romance series “The Lost Recipe,” the romantic comedy anthology “My Fantastic Pag-ibig” and game show “Game of the Gens.” 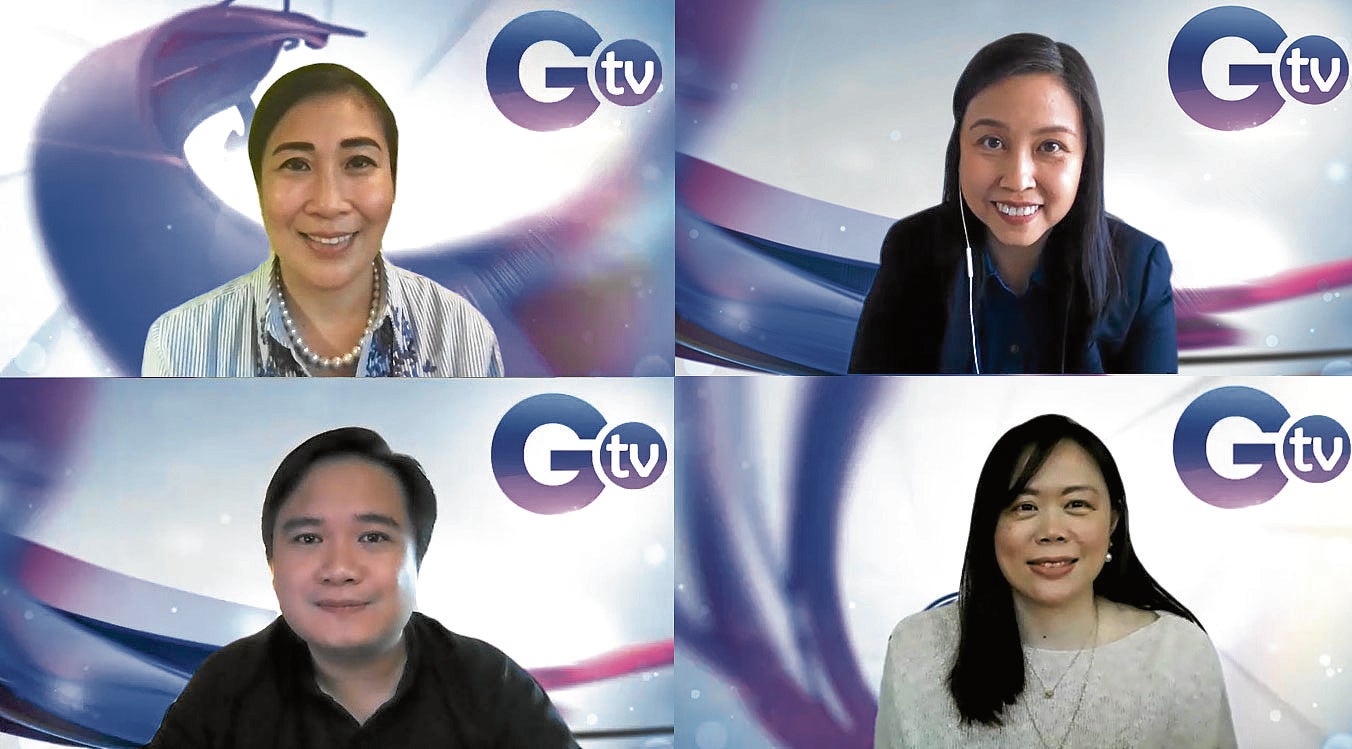 ‘Touch hearts of the young’

The free-to-air channel is also set to provide coverage of the upcoming seasons of the National Collegiate Athletic Association, as well as classic Japanese animes GMA 7 used to show, like “Dragon Ball Z” and “Pokémon.”

“Its difference from the main GMA 7 channel is that with GTV, we really want to touch the hearts of the young and the young at heart. We want to fill the void because GMA 7’s airtime is limited. And the audience is also looking for this kind of content. We want to give them that,” she said.

“The entertainment programming will be handled by the same groups in GMA 7. But given the increasing volume of content, we have to get new teams on board—directors, writers, etc.,” she added. “We want to consciously offer content that are lighter in feel and easier to watch … like ‘The Lost Recipe.’”

Other coming GTV titles are “Heartful Café,” which stars Julie Anne San Jose and David Licauco; the romance-mystery series “Love You Stranger” with the onscreen tandem of real-life couple Gabbi Garcia and Khalil Ramos; and “FLEX,” which will be headlined by Mavy Legaspi, Lexi Gonzales, Joaquin Domagoso and Althea Ablan.

Asked by the Inquirer if they see GTV becoming a playground for content experimentation and a platform for developing new talents, Gozon-Valdes said it’s the direction the channel is likely to take.

“That’s probably where it will go since our target audience is younger. The younger generation is always looking for something new. And given the research we have done on what our audience wants, we’re keen on experimenting with the kind of show we do,” she said.

Another notable distinction between GTV and GMA 7 is that the former is more open to hiring performers from other show biz companies. “It just so happened that the shows we have been launching feature younger GMA artists. But the channel will be open to all artists,” she said.

Is she worried about GTV potentially encroaching on GMA 7’s viewership? “Some of the time slots could end up carrying the same genres. But we feel that there’s always room, especially if the target is different. It can’t be avoided. But we believe that the audience is wide enough to absorb that,” she pointed out.

Aside from programming, Gozon-Valdes said that they will be spending the year expanding the reach of GTV. “We’re investing in that. We’re going to widen our coverage in both analog and digital television,” she said.