Lauren Cohan, showrunner Angela Kang talk about bringing a fan-fave character back, adjusting to the pandemic, and what it’s like to say goodbye to ‘The Walking Dead’
By: Rito P. Asilo - Entertainment Editor
Philippine Daily Inquirer / 12:20 AM February 21, 2021 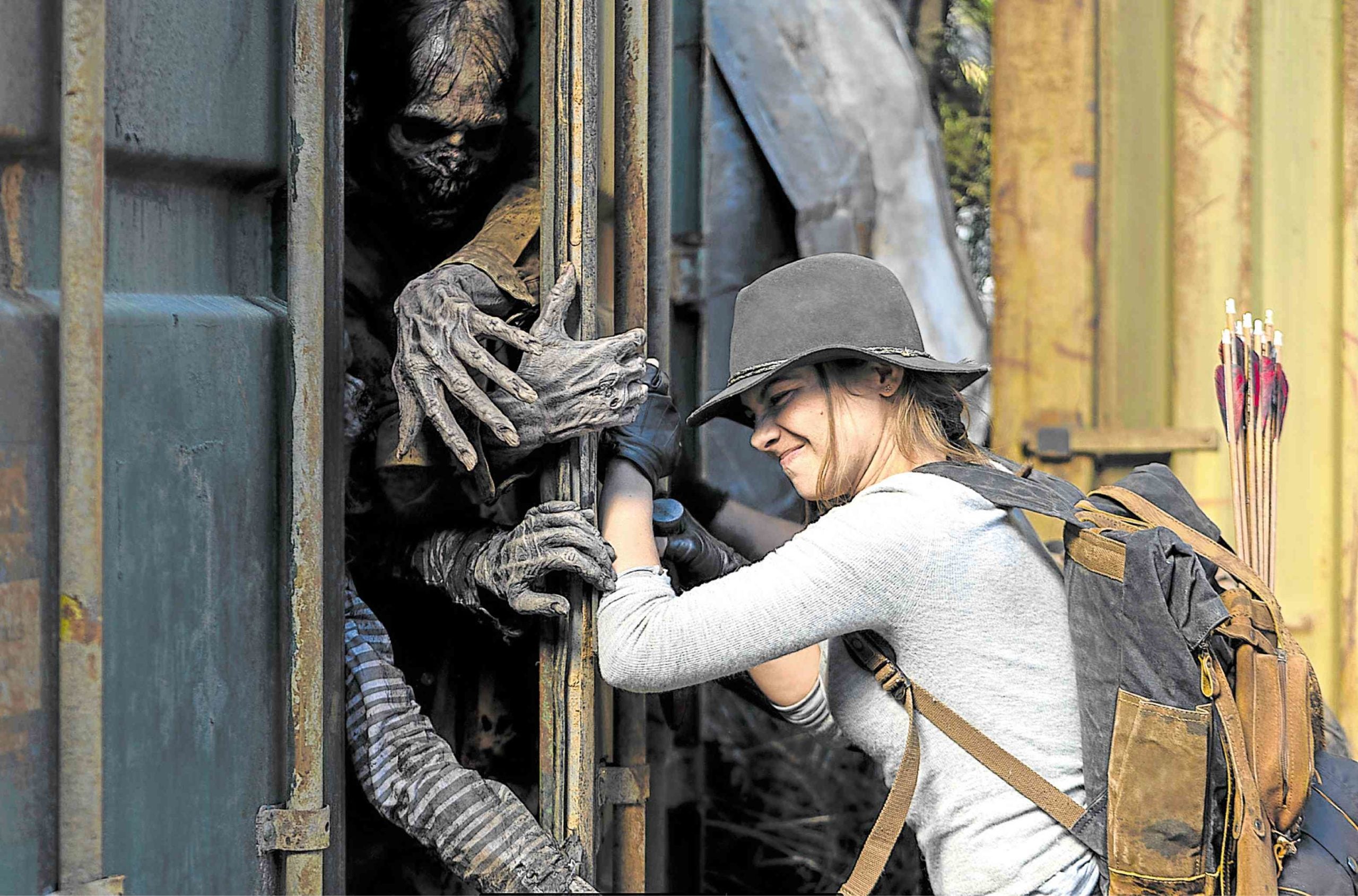 The penultimate 10th season of the hugely popular post-apocalyptic zombie series “The Walking Dead” (TWD) arrived in October last year hot on the heels of its highest-rated season ever on Rotten Tomatoes.

“The Calm Before,” Season 9’s second to the last episode, is now the highest fan-rated episode ever, alongside “No Way Out” (Season 6, in which Carl, played by Chandler Riggs, is shot in the face) and “Too Far Gone,” (Season 4, when Hershel is decapitated by The Governor).

More by accident than by design, the “conventional” release of the series’ much-awaited latest season has been upended and overtaken by events, following the global outbreak of the coronavirus. This has led to what avid TWD fans know now as 10A (Episodes 1 to 8), 10B (Episodes 9-16) and the additional six episodes for 10C, which launches on Monday next week at 11:45 a.m. and 9 p.m. on Fox.

Meanwhile, Episode 13 (“What We Become”) marks the departure of fan favorite Danai Gurira, who’s been with the show since Season 3, when her katana-wielding character Michonne decides to go off on a quest to find her love Rick Grimes (Andrew Lincoln), who “could” be alive.

Another well-loved character that fans of the show eagerly welcome back is Maggie (Lauren Cohan), erstwhile leader of the Hilltop Colony, who returns to the series in the 10B finale. (After her temporary exit from TWD, Lauren played a Central Intelligence Agency agent opposite Scott Foley in the TV program, “Whiskey Cavalier.”)

Showrunner Angela Kang, who’s been calling the shots in TWD for two seasons now, explained in a recent paired interview with Lauren how Maggie’s return came about.

“We always intended for Maggie to come back—it was just a matter of figuring out what those exact terms would be,” Angela disclosed. “When Lauren went off after Season 9, we had been talking this entire time, so we could not be more excited that it has worked out. And we knew that we’d have a big story for her to come back to.” 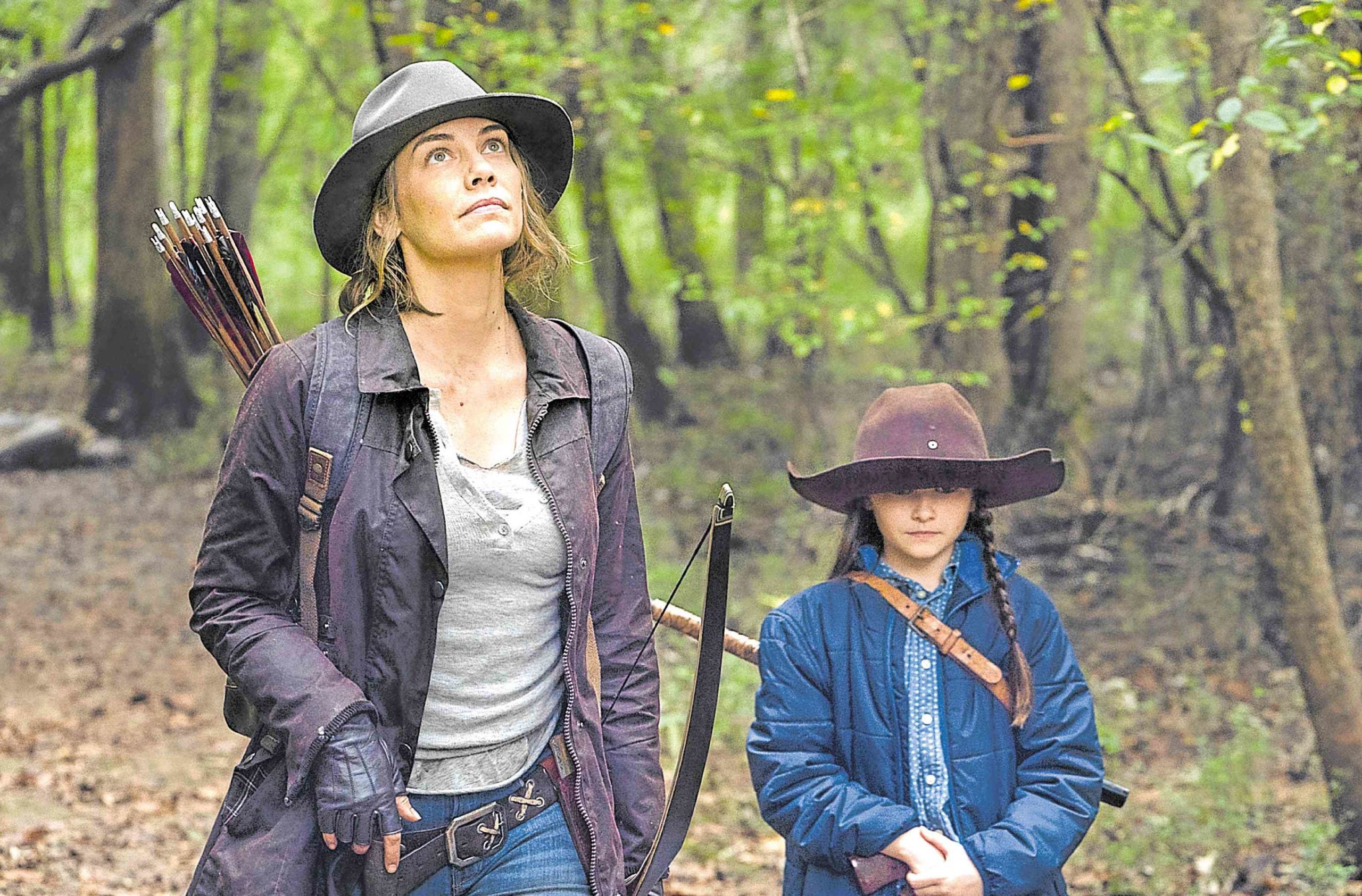 Scene from “The Walking Dead” —PHOTOS COURTESY OF FOX

“Yeah, we got to do this, then obviously we’ve adapted [to the COVID situation] by coming up with what ended up as a really good turn creatively. We’ve had a smaller number of people, but greater in terms of character reveals. It was a lot of fun for us to get to really introduce Maggie back in that capacity.”

With Maggie’s return, we’ve always wondered if she could find it in her heart to accept the presence of another fan favorite, “bida-contrabida” Negan, the reformed former Saviors leader, played with compelling ambiguity and complexity by Jeffrey Dean Morgan. After all, it was Negan who, with some help from Carol (Melissa McBride), orchestrated the fall of Alpha. And we haven’t even begun talking about how Daryl (lead star Norman Reedus) figures in all of this.

“What fans are bound to see [in the coming episodes] are other sides of Maggie and Negan,” Lauren said. “Angela made a good point to me when we were talking about it that it’s something that’s been fun for them to write—to find the parallels between these two characters.

“So, whether either one of them is willing to see that yet is one question. But it’s something that will be a big driving force as to how each character develops and whether or not they can cohabit or cooperate.”

When we asked Lauren, who has been with the series since she first appeared as a recurring character in Season 2’s “Bloodletting” episode, what it is about Maggie’s evolution over the years that has truly resonated with her, she mused, “You can never know what lies ahead of you—and I think that this season, including the six episodes that we’ve gotten to do as part of 10, has been testament to that.

“Her evolution is dictated in so many ways by the behavior of people and the things around her. When a [new] character shows up, you see how you respond to others … to threats. But this constant sense of finding … or shutting down … another part of yourself, or how anyone would cope, you’ll never know until you’re confronted with it. “It has been hugely informative in life, as a character and as a person. Now we can talk about what we think we’ll do in an apocalypse—and [that whole experience] has been the greatest pleasure for me.”

Has taking a break from portraying Maggie changed Lauren’s characterization in some way?

“Yes, the time away from the show, and then being able to return to it was a two-fold thing for me,” Lauren explained. “Maggie has changed so much as well over that time, so it’s been fun. But a character never really leaves you. You’re always mulling over things from her perspective and digesting all kinds of stuff. So, yeah, it’s been a good minefield of potential to jump back into.” 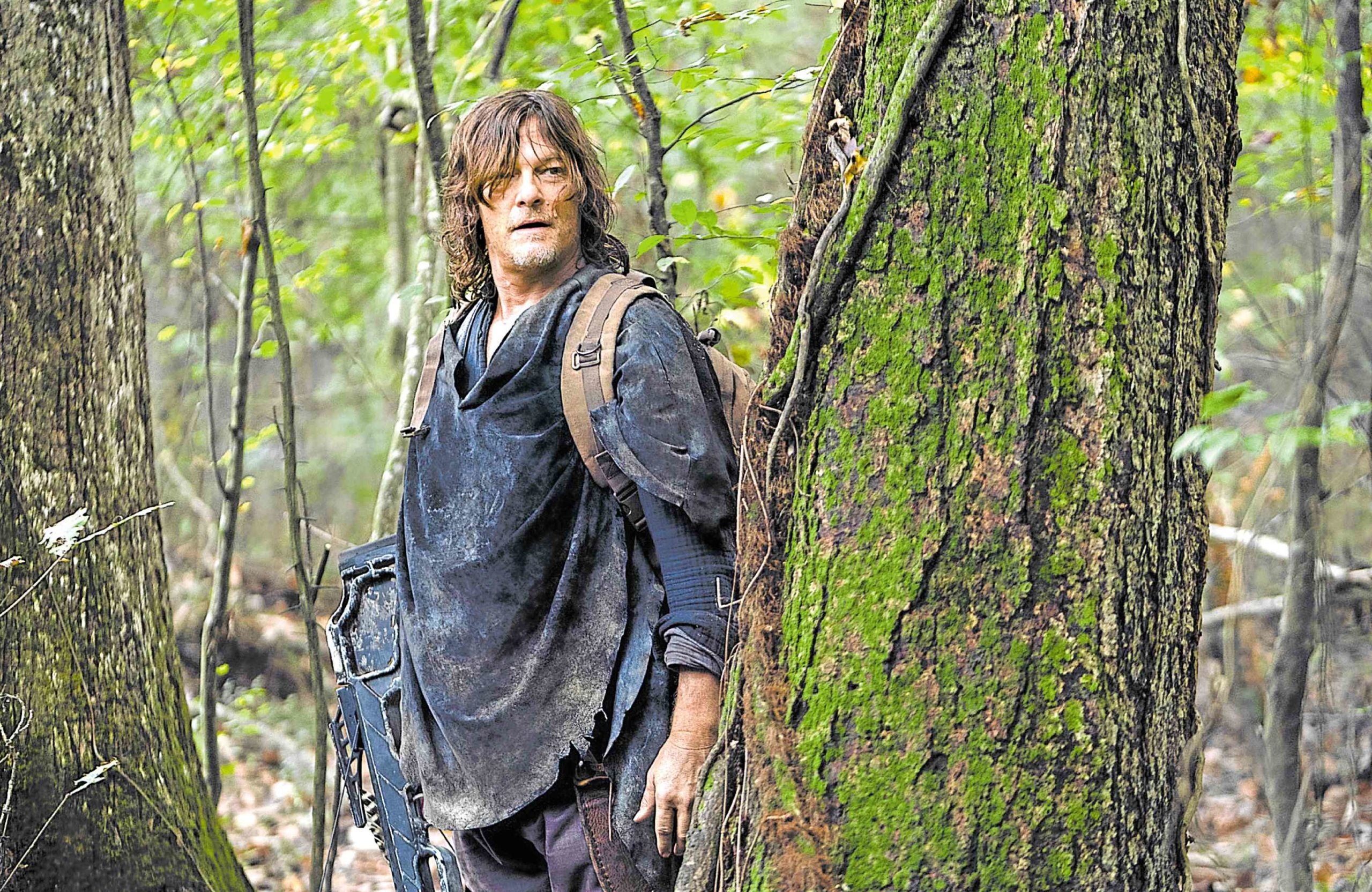 The bonus episodes in 10C are more focused on the characters. How did that change the process of writing the stories?

A: COVID obviously changed a lot of our immediate plans. We will eventually get back to the bigger episodes that audiences are used to watching, but we have to first figure out how to do this in a safe way while still telling what is a satisfying story.

We do have a history on our show of doing these “focused episodes”—there are still a lot of action, but at least we get to do deep dives into multiple groupings of our characters, as we push forward the story that’s going to drive into Season 11.

At first, we were like, “Well, how do we pivot from what we were planning and doing before?” But the cast really embraced it, and they got to showcase the incredible range that they have as actors.

The series has many classic episodes. Any favorite moment?

L: The one I had with Andy (Jeremy Palko), [after Maggie] finds out that she’s pregnant, and they’re standing guard on top of the gate. She’s just been given more responsibility by the group and the camera on a crane was far away from us. It just didn’t feel like we were filming anything. It was a really quiet time and you shore up some peaceful energy from moments like that.

Obviously, when Season 10 first began, the world was very different from what it has become. Now we’re watching a show about a pandemic during a pandemic. How do you feel about that?

A: It’s been a really strange experience. As the pandemic was unfolding, we were seeing images from around the world that made people say, “This looks exactly like ‘The Walking Dead’”—and we were looking at those same images and going, “Wow, it actually does!”

We’ve all been thinking about survival and the emotional things that happen to people as a result of trauma. It’s given us a lot to think about, especially in terms of people and the way they react under stress.

Ultimately, we’re telling a story of survival and of people who are trying to move on and make the world better for themselves and the next generation. All of that is just feeding into our creative process organically.

Can you talk about bringing Robert Patrick and Hilarie Burton on board?

A: I’ve been a fan of Robert Patrick for decades. His name was brought up to play this new character we need to introduce and, immediately, the writers and I, who share that same sense of fandom, were like, “Oh, my God! Can we really get him? Is he interested?”

And Robert was absolutely lovely! He’s such a sweet, wonderful man who brought his own gravitas and amazing acting choices to the role. It was such a pleasure to have him and Hilarie Burton, who happens to be Jeffrey Dean Morgan’s real-life wife.

Scott Gimple, TWD’s chief content officer, and I have talked for a long time about the fact that perhaps Hilarie could play Lucille if we ever needed to incorporate that into Negan’s story—and it just was perfect! And there is the side benefit of having them perform intimate scenes during the time of COVID, it gave them such great comfort to be each other’s scene partner.

After the six episodes, you’ll be moving on to the final season of “The Walking Dead.” How do you say goodbye to this huge production that’s been a big part of your life for so long?

L: I feel like I haven’t even processed it yet because we have so many more episodes to make. And we’re still figuring out the story. We’re in preproduction for the premiere of the final season, which is absolutely massive, and we need to do it safely, so there’s a lot of logistics to that.

So, I know that the emotion and the looking back upon it are going to come. I will always miss this show because it’s such a key part of my life and career.

I was pregnant and had my kid on this show. My child is growing up on this show with this family of cast, crew and writers.

It’’s going to be strange and bittersweet, and I’m excited for the future of working on the Daryl and Carol piece of it. I’m excited for the other storylines that are bound to spring from this wonderful franchise. But definitely, this mothership show is something really special to me. I will cry if I talk about this much longer (laughs).