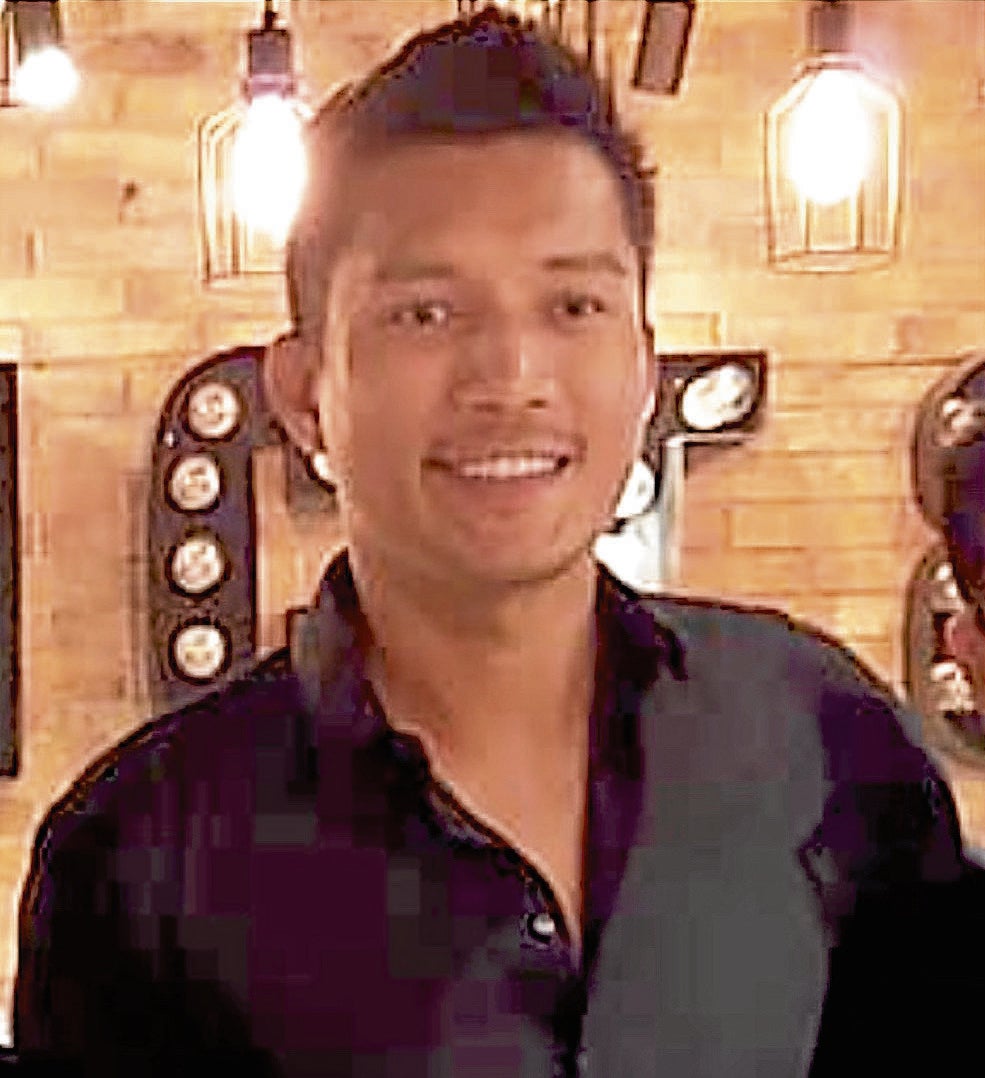 PBA didn’t stand for Philippine Basketball Association at the intimate birthday bash of my “migo” James Yap in his gastropub, District 8. Instead, it stood for “Party Boys Association” as James and other professional cagers had “shot, shot, and did not shoot, shoot” the ball.

It’s always a blast hanging out with James. Since I’m an “Ilongga trapped in a Manila girl’s body,” Ilonggos like James are my kind of people. We enjoy chatting in his native dialect, Hiligaynon

“Tigulang na ‘ko, 39 (I’m old already, 39),” he pointed out. “When I turn 40, I plan to retire from PBA already.” Is he willing to join show biz like what other retired players did? “I would rather focus on my various businesses,” he mused. “But lantawon ta (let’s see). If there will be a good offer, I might give it a try, even just once.”

His celebration was not complete because his longtime girlfriend, Mic Cazzola and their adorable kids, MJ and Francy, were not around. They are in Mic’s homeland, Italy. But James got a surprise cake/balloon arrangement from them.

“My kids speak Italian already. When I fly back there, we might not understand each other anymore. I also want to teach them Ilonggo,” he said, chuckling. “But mas bagay sa European looks nila mag Italiano than Bisaya.”

As for his eldest son Bimby, James has not seen him for quite some time. “I’m surprised how tall he is already. When I was his age, I was not that tall,” he revealed. “So, for sure he will grow taller than me.”

James is looking forward to the 46th PBA season in April. It will be held in a “bubble,” most likely in Clark again. According to James, businessman Ramon Ang might sponsor the anti-COVID vaccines of all the PBA teams, staff and officials. The trainer of James’ team told me, “Saludo ako kay James. Kahit superstar sa court, ‘pag off the court, pantay-pantay ang trato n’ya sa tao.

Walang ere.” As James’ friend (of seven years and counting), I can vouch for how genuinely kind he is. So, when he retires from PBA, his moniker “Big Game James” should be changed to “Big Heart James.” 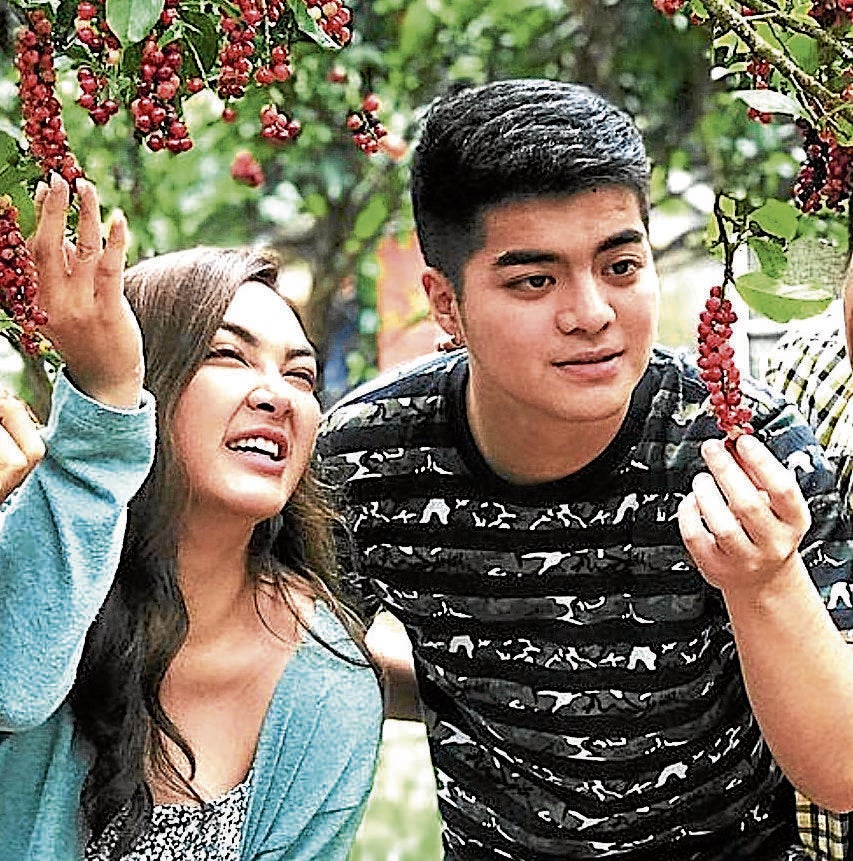 Meg Imperial (left) and Andrew Muhlach in “Sana All”

The Pinoy’s way of wishful thinking can be summed up in the expression, “Sana all.” That popular line is now a movie title that can be streamed on VivaMax. The film features Meg Imperial, Andrew Muhlach and Arvic Tan.

Produced by Viva Films and BluArt, it was shot in Adams, one of the scenic gems of Ilocos Norte. The story revolves around how passion is needed to make good “tapuey” (exotic rice wine) and the price we’re willing to pay for the love we choose.

M: Love yourself first 100 percent, so when someone comes along and loves you just 50 percent, you won’t be lacking in love.

A: No lies and secrets. Total disclosure.

What did you learn from your character in the movie?

M: Not to be afraid to give love another try, even if your heart has been broken many times over.

M: For me, it’s like the “law of attraction.” If we wish for something hard enough, the universe will conspire for us to get what we want.

A: I use #sanaall when I see posts of my friends enjoying on a beach while I’m stuck at home or in a lock-in taping. 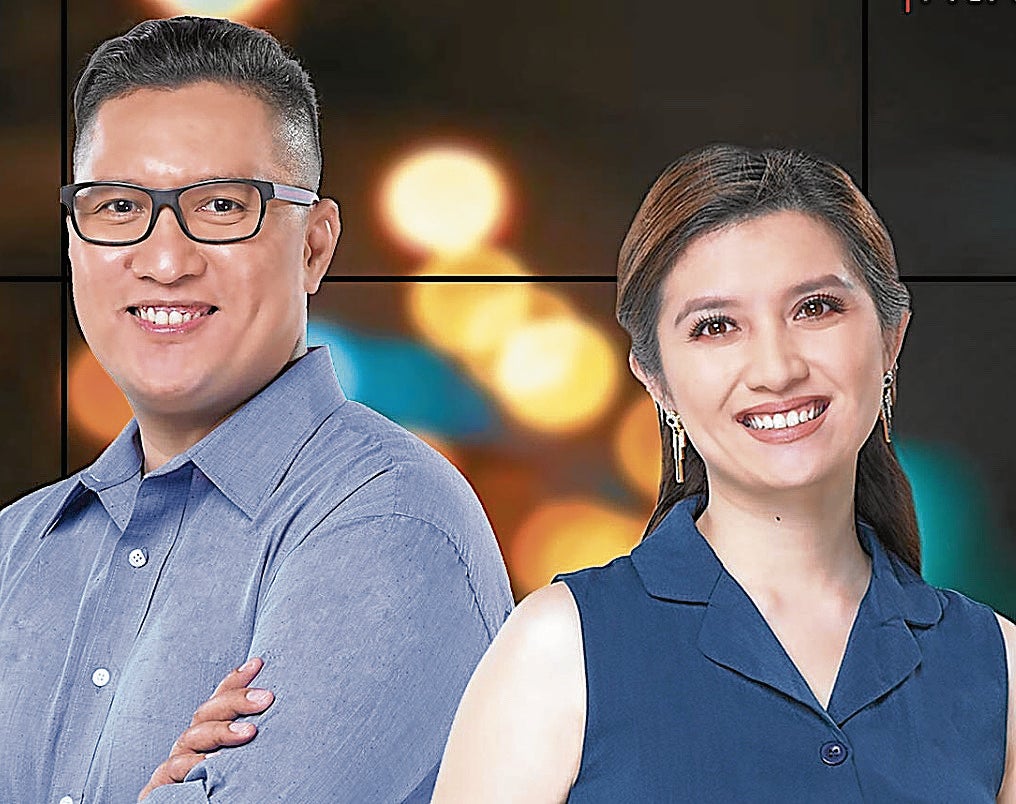 Oscar and Mav go ‘On Record’

Have you had enough of pandemic blues? So, how about watching a show that’s filled with hues? GMA Public Affairs provides a boost of good vibes via the docu-magazine show, “On Record” (OR), which airs on Tuesdays at 11:30 p.m. on the Kapuso network.

Hosted by seasoned reporters Oscar Oida and Mav Gonzales, it features inspirational stories of ordinary Filipinos and their own version of Serbisyong Totoo caught on cam. Smile! You’re on “kind deed” camera!

How is hosting OR different from your other coverages?

O: It’s very exciting and promising. It’s the total opposite of my usual assignments. Ever since I started with GMA, my reports were about murder, typhoons and other calamities. OR is like a breath of fresh air for me.

M: We want to spread positive vibes through our show. I will get a chance to do interviews on a lighter note.

Who is your dream interviewee?

O: Bill Gates and Elon Musk. I will ask them their secret formula for success. And the criminal minds in history. I want to find out what was going through their mind when they committed their greatest crimes.

M: Beyonce. I will ask her how she manages to accomplish so much in 24 hours. And LeBron James. I will ask him how he feels being compared to Kobe Bryant even when he’s gone already.