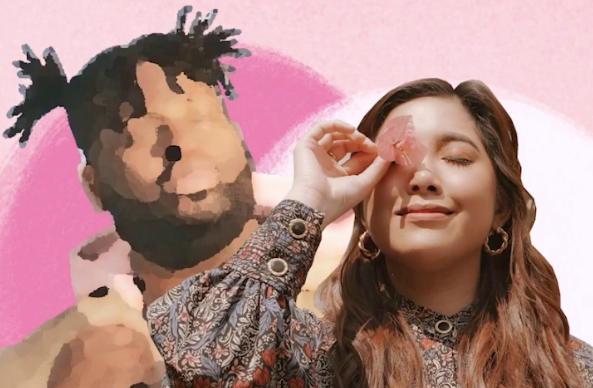 To mark the third anniversary of her first concert, singer-songwriter Moira Dela Torre teased fans with an upcoming single she seemingly made in collaboration with American artist Pink Sweat$.

Dela Torre shared with fans a few seconds from the still-untitled track via Instagram on Feb. 17, which came with a photo of Dela Torre along with a teaser artwork of what appears to be Pink Sweat$.

“[Three] years since my first ever solo concert, and [I] have YOU all to thank for helping make the last three years the best [three] of my life. THANK YOU. For all your love & support,” she said.

Pink Sweat$, whose real name is David Bowden, is known for several hits including “At My Worst,” “Honesty” and “17,” among others.

“I’m so excited to share with you this new collaboration to help celebrate this milestone you’ve given me. I hope you like it. This one’s for you,” Dela Torre said.

The video, which has since garnered over 16 million views, features former lovers Julia Barretto and Joshua Garcia. They play a couple who decide to break up on the day they were supposed to tie the knot.  /ra