“You have to put yourself out there in order to get noticed.”

This is a piece of advice Jed Madela often gives to young aspiring singers. And it’s especially true now in the age of social media.

“It’s what I always tell them. There are so many new performers emerging every day, left and right. So if you don’t step up your game, you will get left out,” he stressed in a virtual conference for “Hearts on Fire,” his recent back-to-back digital concert with Juris.

And since the live music scene has yet to show signs of returning anytime soon, the need to double down on their efforts is even greater.

“You have to grab each opportunity you can get. I think they’re actually more fortunate now because everything can be done on social media,” he pointed out.

“Back then, you have to start from scratch—play gigs or perform at bars—just to get noticed. You have to go to auditions for television,” the 43-year-old balladeer added. “You have to make the most of the things coming your way.” 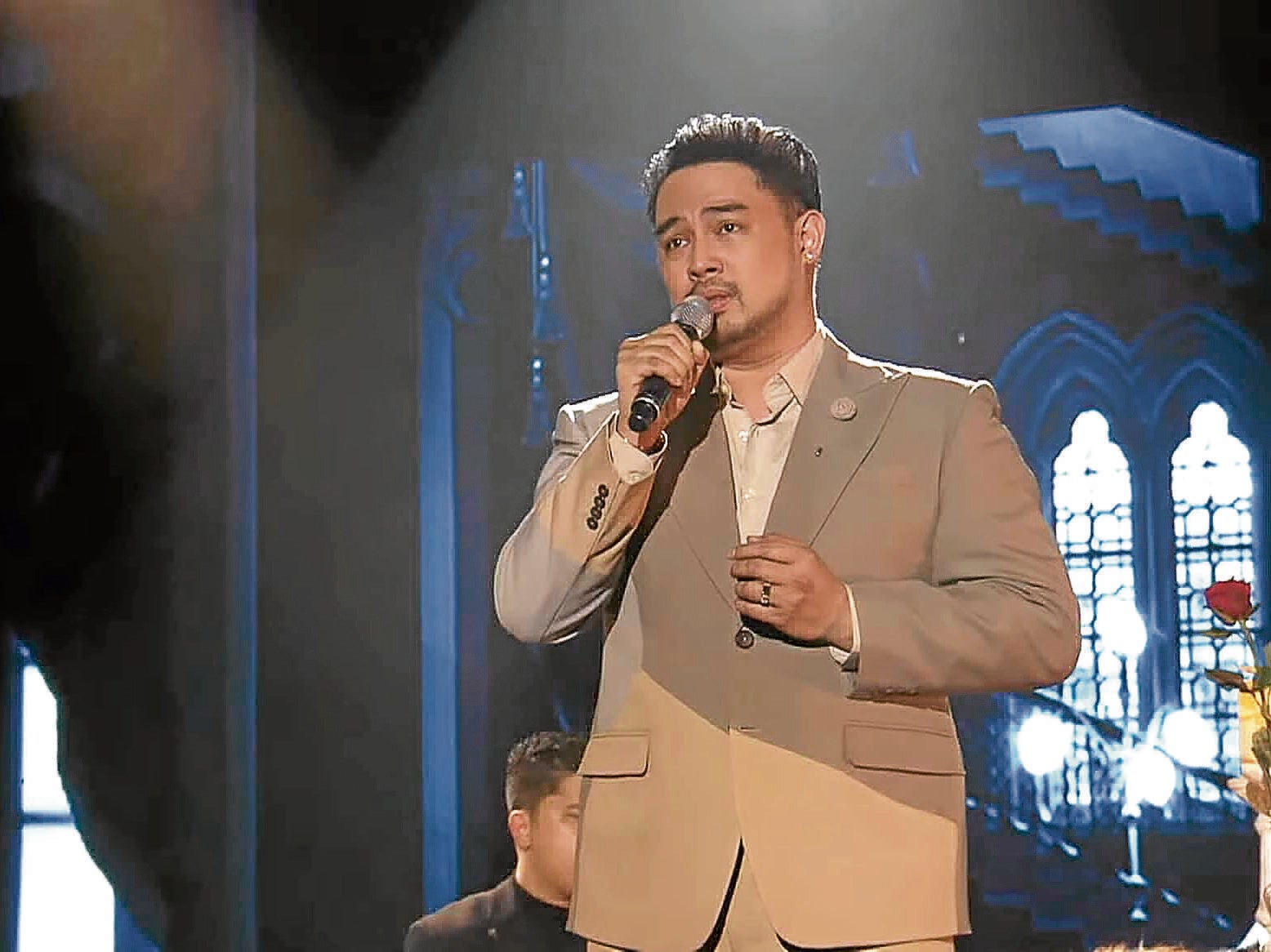 That’s why when COVID-19 happened, he immediately shifted his efforts into the digital space.

“When online streaming … digital shows started, I thought that I have to get into these avenues one way or another, so that people can still see me,” he said.

The good thing is that he’s already an established act, so the viewers are already there.

“I’m blessed that I began my career earlier and I have managed to establish my name; that I’m closely associated with a particular style of singing. People have the image of me: When you say Jed Madela, they think of a male belter,” he said.

“That’s my mark. But of course, it shouldn’t stop there,” Jed added. “Like what I have said, I continue to put myself out there. I’m very active now on social media.”

In “Hearts of Fire,” which is part of the YouTube Music Night series, Jed performed 10 numbers—all “hugot” songs—including “Kunin Mo na ang Lahat sa Akin,” “Till My Heartaches End” and his rendition of the Moira de la Torre “Paubaya.” He also sang duets with Juris and Markki Stroem.

The show was live streamed on Feb. 13 and is now available to rewatch on Star Music’s YouTube page.

Although the show was shot live in a studio with musicians, there was no live audience—something Jed is still getting used to.

“When I perform, I get energy and life force from the reaction of the audience. Now that I sing in front only of a camera and a couple of people, it’s a different feeling because there’s no applause,” he related.

But this is as good as it gets given the current situation. And so live performers like him would just have to adjust.

“It’s a different feeling. But after doing it for the past year, the artist in you starts to get used to it,” he said. “You just have to imagine that there are people watching you.”

“You have to keep in mind that people will still see it online, so you have to put twice the effort,” Jed said. “But still, performing for a live crowd and getting an instant reaction is still different. And it’s something we miss.”