Rapper holes up in Spain university to avoid jail for tweets 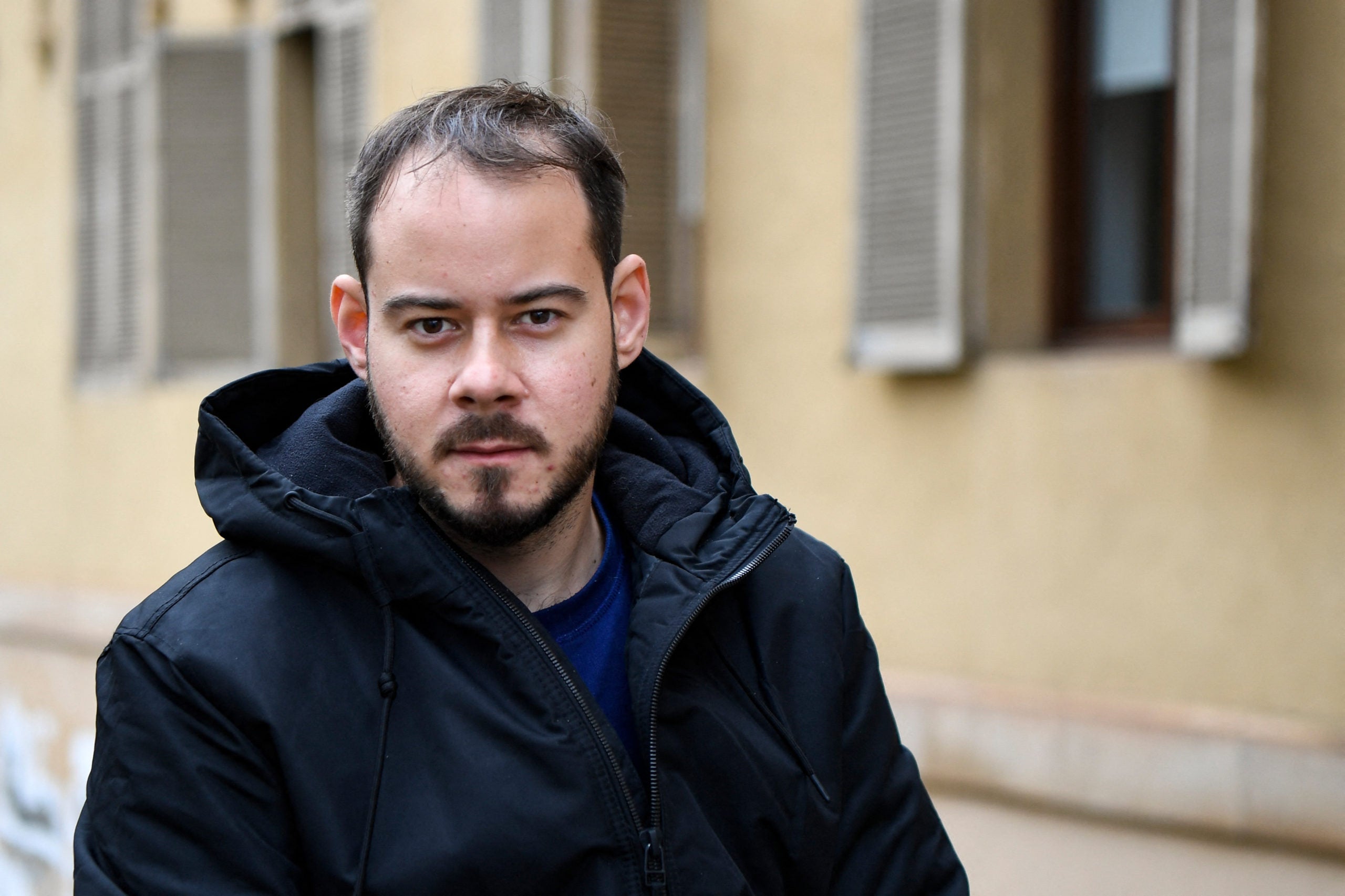 Spanish rapper Pau Rivadulla (32) aka Pablo Hasel, poses in Lleida on February 12, 2021. – Despite moving to ease penalties for “excesses in freedom of expression” this week, Spain’s government was under pressure today as the deadline loomed for a convicted rapper’s sentence. The case hit the headlines this week when hundreds of artists threw their support behind Pablo Hasel who convicted for glorifying terrorism, slander, and libel against the Crown and State institutions. (Photo by Pau BARRENA / AFP)

Madrid, Spain — A Spanish rapper due to begin a controversial nine-month jail sentence over a string of Tweets on Monday barricaded himself inside a Catalan university to avoid arrest, he wrote on Twitter.

“I’m locked inside the University of Lleida with quite a few supporters so they’ll have to break in if they want to arrest me and put me in prison,” Pablo Hasel tweeted.

A spokeswoman for the university in Lerida, which lies 150 kilometers (90 miles) west of Barcelona, confirmed Hasel was at the city center campus with a group of “about 20 supporters”, but said the situation was calm and the police were not involved.

Hasel was given until Friday night to turn himself in to begin serving his sentence after being convicted for glorifying terrorism, slander, and libel against the crown and state institutions.

At issue was a string of tweets attacking the monarchy and accusing police of torturing and killing demonstrators and migrants, with his case sparking protests in Madrid and Barcelona.

“I refuse to go of my own accord and knock on the prison door so they’ll just have to come and kidnap me,” he told AFP on Friday.

Last week, Spain’s government pledged to reduce the penalty for “crimes of expression” such as the glorification of terrorism, hate speech, insults to the crown, and offenses against religious sensibilities, in the context of artistic, cultural, or intellectual activities.

The case echoes that of another rapper called Valtonyc who fled to Belgium in 2018 after being convicted of similar crimes.

Spain is trying to have him extradited but Belgium has refused on grounds that his offenses are not a crime under Belgian law.