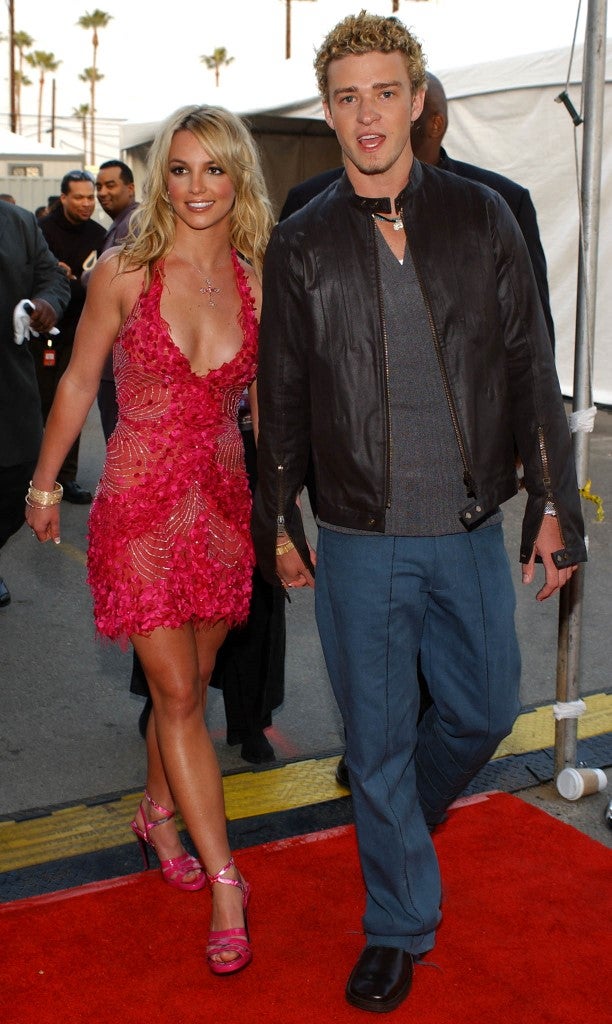 In this file photo taken on January 08, 2002 US singers Britney Spears (L) and her then boyfriend Justin Timberlake of the group N*SYNC arrive at the 29th Annual American Music Awards in Los Angeles, California. (Photo by LUCY NICHOLSON / AFP)

NEW YORK — Justin Timberlake on Friday apologized for moments he “fell short” and condoned misogyny, one week after the release of a blockbuster documentary on Britney Spears saw the behavior of the former boy band star come under sharp criticism.

The film, produced by FX and The New York Times, explores the vitriol both the media and entertainment industry aimed at Spears, who soared to global fame before publicly suffering a mental health crisis and becoming a paparazzi punching bag in the mid-to-late 2000s.

Spears and Timberlake famously dated several years around the turn of the millennium, having met as children while cast members of Disney’s “Mickey Mouse Club” variety show.

The popular narrative of their breakup cast Spears as a cheating heartbreaker, offering sympathy to Timberlake especially after he released a revenge fantasy music video for the break-up hit “Cry Me A River.”

The documentary “Framing Britney Spears” includes audio from a 2002 radio interview in which Timberlake jokes about the couple’s sex life; Spears for years was needled over the state of her virginity prior to the break-up.

“So when are you apologizing to Britney?” asked Spears fans on social media, flooding Timberlake’s accounts with tags.

“I’ve seen the messages, tags, comments, and concerns and I want to respond,” Timberlake said Friday on Instagram.

“I am deeply sorry for the times in my life where my actions contributed to the problem, where I spoke out of turn, or did not speak up for what was right,” he wrote. “I understand that I fell short in these moments and in many others and benefited from a system that condones misogyny and racism.”

Timberlake, 40, said he “specifically wanted to apologize to Britney Spears and Janet Jackson both individually, because I care for and respect these women and I know I failed.”

In Jackson’s case the former NSYNC star was referring to the infamous “wardrobe malfunction” Jackson suffered during a much-watched Super Bowl halftime show, when Timberlake appeared to pull off part of her outfit and expose her breast.

The 2004 scandal triggered widespread outcry, with much of the criticism aimed at Jackson.

“As a man in a privileged position I have to be vocal about this,” Timberlake wrote, nearly two decades after the incidents in question.

“Because of my ignorance, I didn’t recognize it for all that it was while it was happening in my own life but I do not want to ever benefit from others being pulled down again.”

The documentary’s release this month has triggered renewed scrutiny of the conservatorship Spears, 39, has lived under since 2008, a legal guardianship dictating the course of her life and finances that’s largely been steered by her father Jamie.

Spears filed last year to remove her father from the conservatorship and give sole power over her estate to a financial institution. Her court-appointed lawyer says she’s “afraid” of her father.

On Thursday a judge ruled that both Spears’ father and Bessemer Trust would oversee the pop star’s finances, denying Jamie Spears’ bid to keep sole power to delegate investments.

Spears’ lawyer did not seek Thursday to remove Jamie Spears’ from the legal arrangement normally intended for the elderly or infirm, but has not ruled out doing so in the future.

The next hearing is set for March 17.